A member of the public has sent CNYAKUNDI.COM a video of two Technical University of Mombasa students allegedly beating up their fellow comrade after he was caught with one of the two students’ girlfriend.

According to our sender, the student was caught in an intriguingly cosy position with the girl which greatly angered her boyfriend. He later called one of his friends to help him give the student a beating.

This is at the Technical University Of Mombasa whereby a gang of boys beat up another guy for allegedly kissing a girlfriend of one of the guys who beat him up.”

Update: The two students have been identified as Chinga and Cedric and the victim’s name is Alloys.

Cedric (the boyfriend) is a 17-year-old who has been posting suicidal messages on his WhatsApp since the clip went viral. 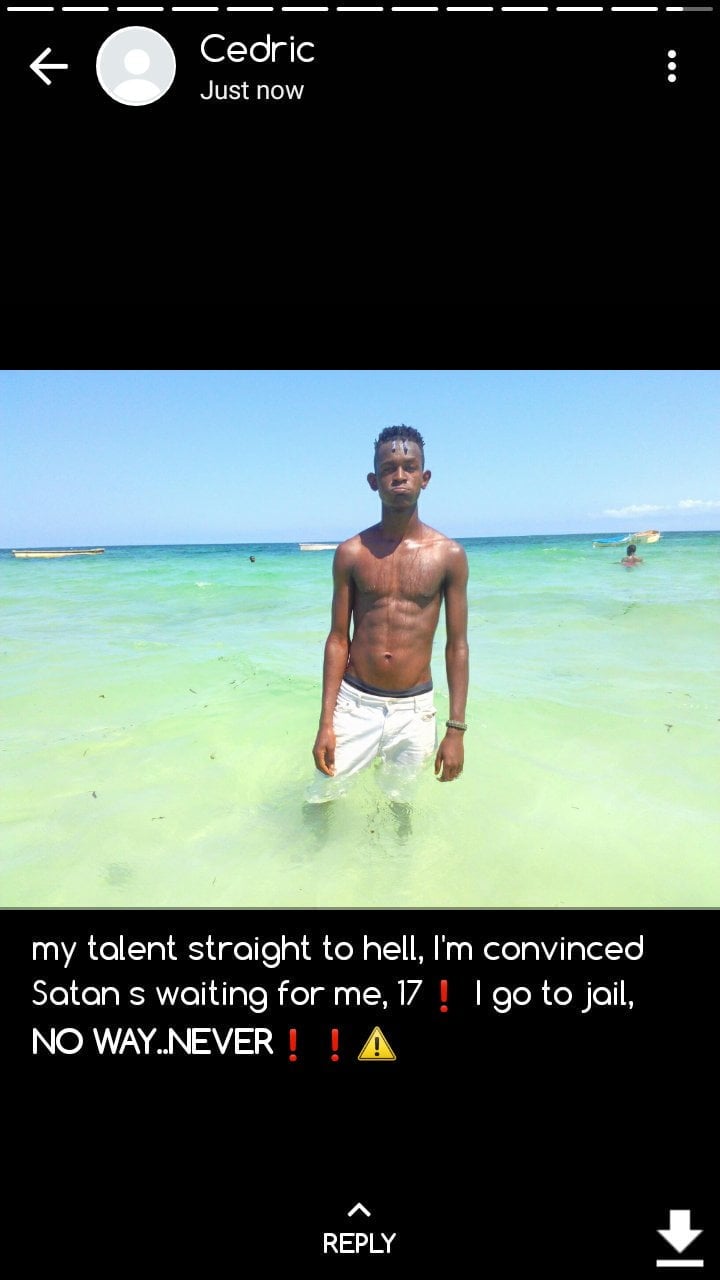 New footage on the incident has also surfaced online.
Would you like to get published on this Popular Blog? You can now email Cyprian Nyakundi any breaking news, Exposes, story ideas, human interest articles or interesting videos on: [email protected] Videos and pictures can be sent to +254 710 280 973 on WhatsApp, Signal and Telegram.