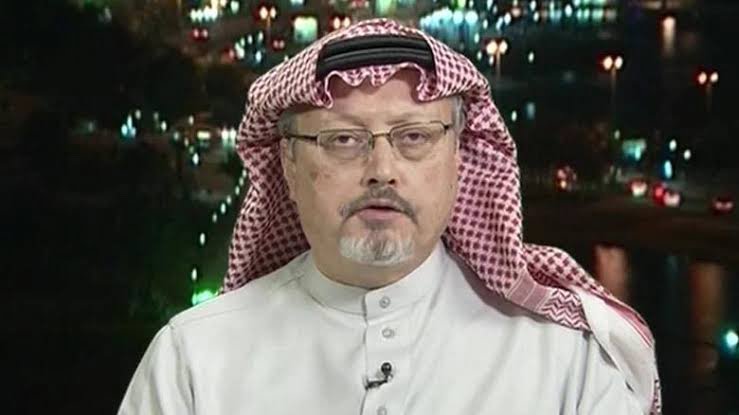 The video shows the arrival of some of the members of the team at the Saudi consul-general’s residence in Istanbul on the day Khashoggi was killed inside the Saudi consulate, several hundred metres from the residence.

One of the hit team members is seen carrying bags, which according to the Turkish media, may contain body parts of the journalist, who was a critic of Saudi Arabia’s Crown Prince Mohammed bin Salman, also known as MBS.

Khashoggi entered the Saudi consulate on October 2 to obtain documents certifying he divorced his ex-wife so he could remarry. He was killed and dismembered inside the consulate, in what Turkey called a “premeditated murder” orchestrated by the Saudi government.

Saudi officials have countered that claim, insisting Khashoggi was killed in a “rogue operation”, after initially claiming he had left the building before vanishing.

Turkey said the killing was ordered at the highest level of Saudi leadership, implying Prince Mohammed was behind the murder. The kingdom has maintained MBS had no knowledge of the killing.

Saudi authorities last month requested the death penalty for five unnamed suspects in Khashoggi’s murder, while 11 suspects were indicted and referred to trial.

Al Jazeera’s Sinem Koseoglu, reporting from Istanbul, said the video first aired on Turkish news channel A Haber, which sourced the footage through Ferhat Unlu, a journalist with the investigation unit of the Daily Sabah newspaper.

The publication is known for its close ties to Turkish intelligence and has in the past reported on a series of leaks from the Turkish investigation into the murder of Khashoggi.

The journalist recently released a co-authored book about the killing, titled Diplomatic Atrocity: The Dark Secrets of the Khashoggi Murder.

“The reporter said there is no evidence that the luggage carried by the hit team was taken out of the consul’s residence. Therefore, we are facing new questions,” Koseoglu reported late on Sunday.

“The consul general’s residence was searched, but there was a well that the Saudis did not let the Turkish investigators search properly. These new pictures have changed the course of the investigation,” Koseoglu added.

“It adds another layer of the complexity to the continuing investigation in the murder of Khashoggi, in the sense that there is one significant remaining question: where is the body?” he told Al Jazeera.

“Now we have direct evidence showing that a van left the consulate office building, went to the nearby consul-general’s house, and you see staff or members of the killing team unloading body bags or black bags of some sort. So, it leaves the impression that Khashoggi’s body ended up at the consular’s residence and that’s what the investigation should focus now, what happened to it there.”

Saudi Arabia: Yes We Killed Journalist Jamal Khashoggi And Dismembered His Body But By Mistake….

On Sunday evening, Turkish Foreign Minister Mevlut Cavusoglu had a phone call with Adel al-Jubeir, Saudi Arabia’s former foreign minister and current state minister in charge of foreign affairs. It is not yet clear what was discussed during the call.

“Most probably, the Saudi side would hope that this recent cabinet reshuffle puts an end to the case and relieves Saudi Arabia from this pressure by the Turks and the international community looking for some answers – but it is clear judging from these pictures and judging from the new book that was released just a couple of days ago in Turkey … that the case is not disappearing, shuffling the cabinet or not shuffling the cabinet,” Jahshan said.

“Saudi Arabia needs to come clean, needs to explain the legal process, needs to prove that the people who have been dismissed from office because of their implication in this crime have actually been arrested and are being indicted on charges of murder.”

Saudi authorities have said that all members of the hit squad were arrested after returning to the kingdom, but the recently released book cites an unnamed source as saying that Salah al-Tubaigy, the forensic doctor who allegedly dismembered Khashoggi’s body, escaped any action.

Instead, the book says, Saudi authorities asked him to disappear from the limelight, and Tubaigy is now living in a villa in Jeddah with his family.