Yester night, Kakamega Senator Cleophas Malala was arrested from his Kitengela home in Nairobi and was set to be arraigned before a Mumias court today.

VIDEO: The situation outside Mumias Police Station where Kakamega Senator Cleophas Malala is being held following his arrest on Monday. pic.twitter.com/ikCQZioVmN

However, the plan didn’t materialise after Pro-Malala youths erupted chaos outside Mumias Police Station where the Kakamega senator Cleophas Malala was being held.

The ministry of Interior is charging the vocal Senator charged with engaging in a prohibited gathering during this Coronavirus period.

“On the 16th day of August 2020 at around 1430hrs at Bomani Grounds Mumias West Sub-county within Kakamega County, jointly with others not before court engaged in a prohibited gathering during restricted period by engaging in a public baraza.” the charge sheet reads.

Malala insists that he was distributing sanitizers and face masks donated by the government on that day.

“I have arrived safely at the Mumias Police station, awaiting court proceedings tomorrow morning. Meanwhile, the charges against me, from a government that gave me sanitizers and face masks to distribute to my people,” he tweeted.

Currently, his supporters have set tires on fire and barricaded roads leading to Mumias Law Courts.

The DPP has this morning freed Kakamega Senator Cleophas Malala and dropped charges against him for allegedly violating Covid-19 rules.

This update has been confirmed by the Senator’s lawyer Nelson Havi. 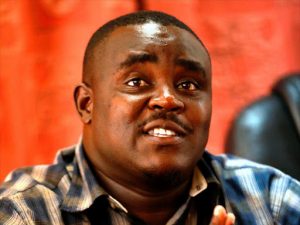 The senator was among three other lawmakers who were nabbed yesterday over what their colleagues said was their opposition to the Revenue Allocation Formula.

The two were released on Monday evening after recording statements with the police in their home counties.

In the absence of the three lawmakers, the Senate could not reach a decision.

However, the Senators selected a 12 member adhoc committee that will seek to find the solution on the revenue sharing formula.