Chinese workers at the SGR Outpost have been captured skinning stray dogs with the intention of feeding on them.

In the viral video posted on Twitter by a concerned Kenyan, a woman is seen skinning a brown dog inside a huge basin full of water. Other photos show the dogs after the skinning process ready to be cut into smaller pieces and then cooked.

“This is happening at SGR outpost, dogs being captured and skinned by Chinese. This is the same meet that will end up in muturas, hotels, samosas and many other places. Shame!”, reads the caption. 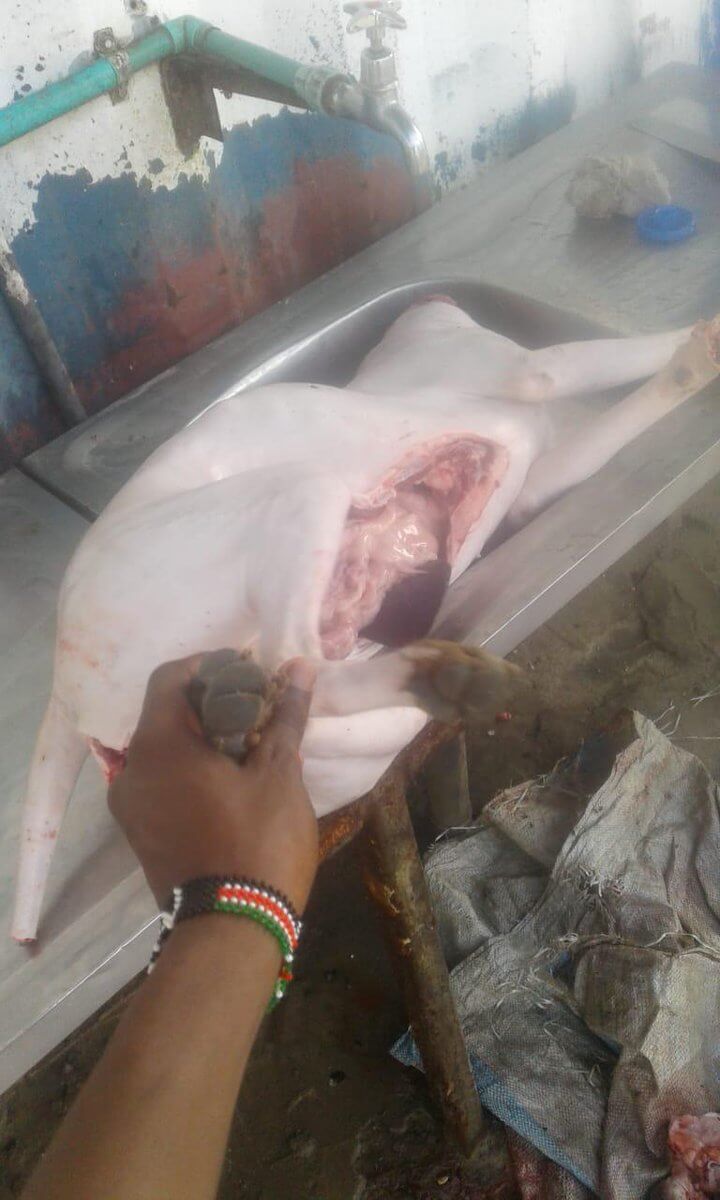 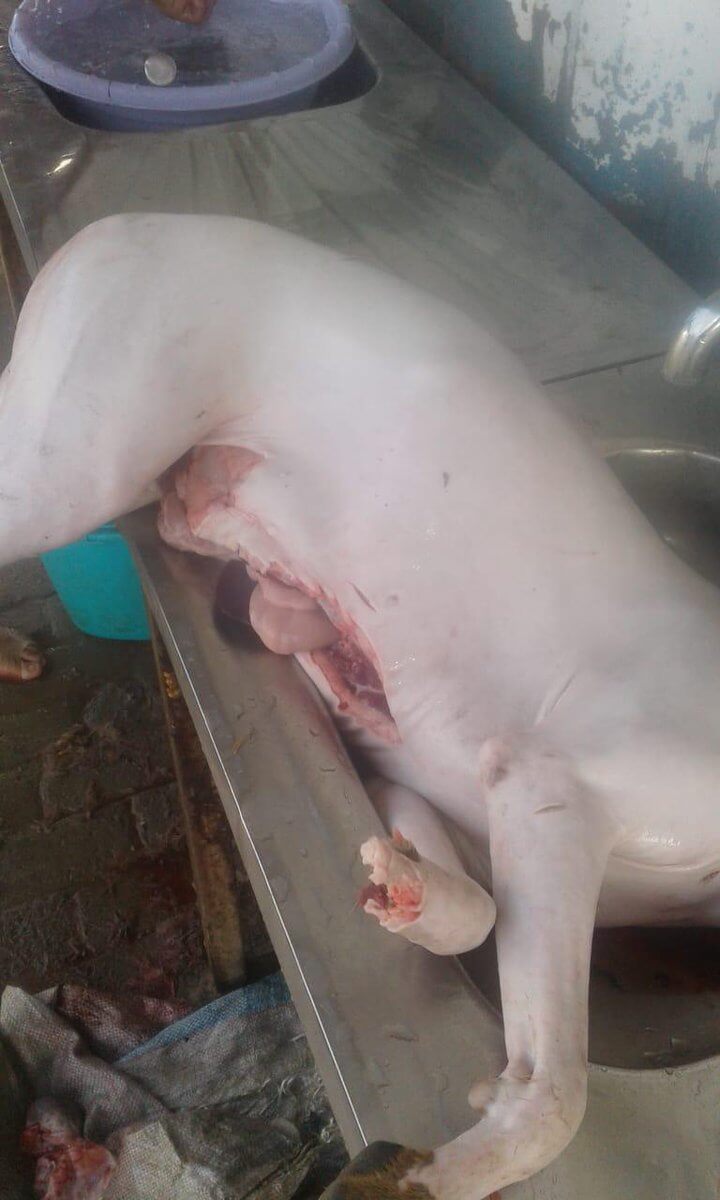