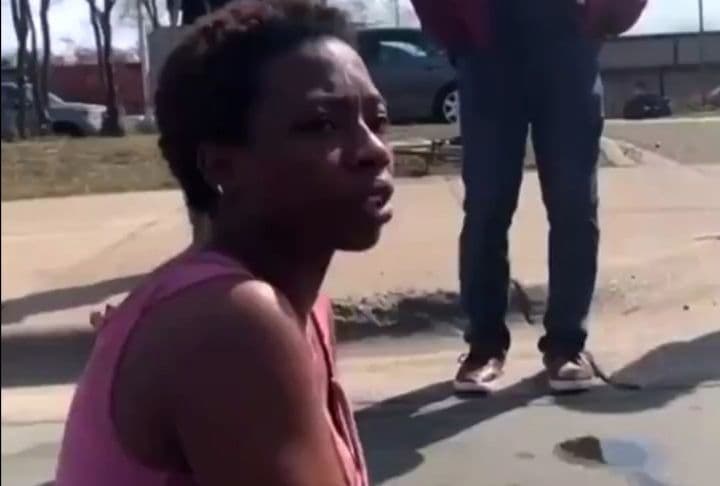 CAPTION: Brave Kenyan chic who confronted police in the US

A Kenyan lady living in the United States is now the talk of the streets on social media after a video in which she bravely confronted a group of Minnesota Police officers went viral.

In the raging war of words that was recorded by her sister, the chic who was sat on the tarmac under orders from the cops did not hold back her words when protesting her detention.

She angrily hurled unprintables at the officers who remained unmoved despite a crowd slowly building up in the background.

Joining in to support her sister, the lady behind the camera also expressed her disgust at how they were handling the suspect.

She also had a go at the neighbours for simply watching on and recording instead of getting closer and protecting her from potential harassment.

The incident occurred during the recent wave of murders of black people in the US, with the most recent case being the controversial murder of 20-year-old Daunte Wright.

According to media reports on the shooting, Race soldiers in Brooklyn Center Minnesota pulled over the boy for having air fresheners in his car.

They told him to exit the vehicle and as a witness alleged, he was immediately shot after he complied.

The officer who shot Daunte has since resigned.

She will be charged with 2nd-degree manslaughter.