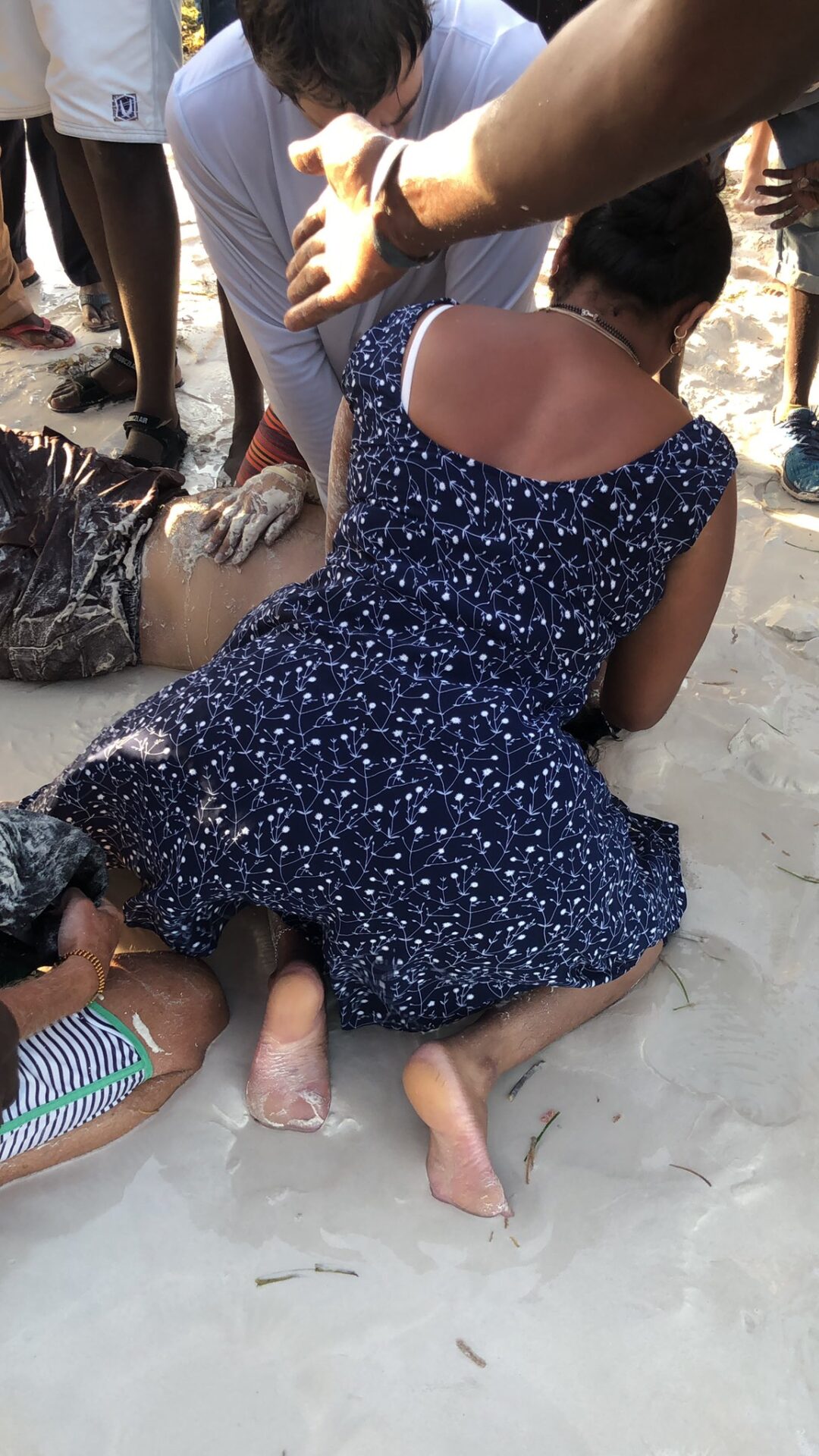 CAPTION: Good Samaritans attempt to perform Cardiopulmonary resuscitation (CPR) on one of the tourists who drowned

Horrific scenes were witnessed on Tuesday evening as tourists on holiday in Diani met face to face with the full wrath of high ocean tides.

Two men of Indian descent who are yet to be identified were the unluckiest victims of the rough and frightful waters which swept them both under.

As one Kenyan, Andrew Arap Sudi, who personally witnessed the scene explained on social media, one of the drowning Indian men was rescued whilst still afloat but had already taken in a lot of water.

From the video attached on Sudi’s Twitter post, associates of the man, as well as other good samaritans who had gathered around, can be seen trying their very best to resuscitate him.

Following the sad incident, fingers have also been pointed towards the Salim Mvurya-led Kwale County Government over the lack of lifeguards in high-tide prone areas along the beach.

FACT! There are High Tides in Diani. Please tell a friend to tell a friend. Yesterday I personally witnessed a horrendous scenario as some Indian tourists drowned. One was rescued whilst afloat the rough waters. The County Government of Kwale has no Lifeguards on site. Ni kubaya! pic.twitter.com/8sO2eTMiiP

Tides are the rise and fall of sea levels around the world.

There are two high tides and two low tides each day.

This is because when the Earth, the Sun and the Moon are in a line, the gravitational pull is at its strongest.

Since tides can be dangerous, it is important to know if a tide is coming in or going out.

When a tide comes in (high tide) the whole beach can be covered by water and lifeboats are often needed to rescue people who do not realise that a high tide is coming that could trap them.

More updates on this developing story to be published as soon as we receive them...