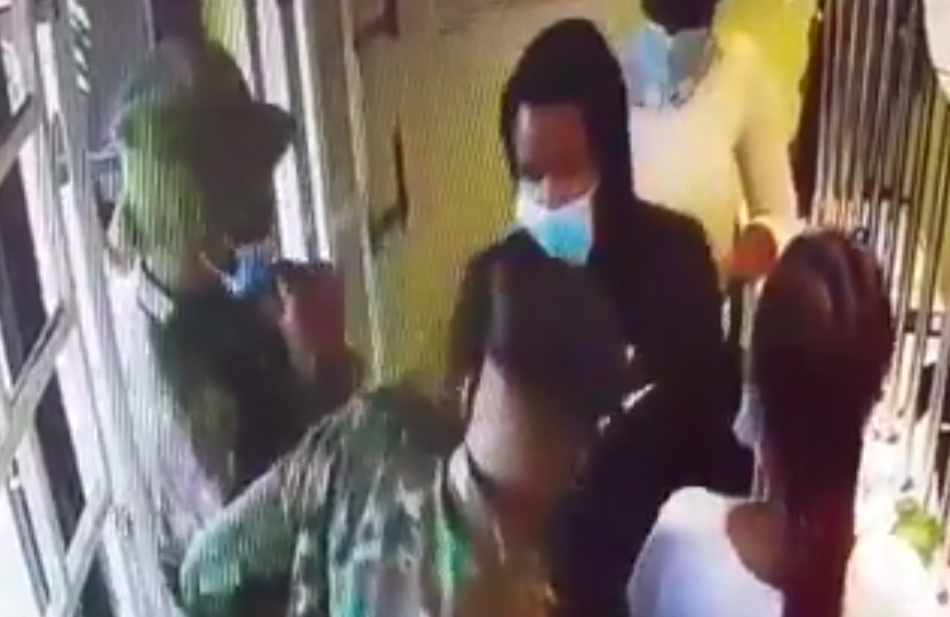 CAPTION: Hungry Kasarani policemen who were captured on CCTV harassing a shop customer for allegedly not properly wearing a mask

Disturbing footage of a group of police officers harassing a customer at a Wines and Spirits shop in Kasarani has emerged on social media.

In the clip currently doing rounds on Twitter, the group of 5 policemen who raided the premise on Thursday, April 29 can be seen manhandling the chap despite him having had his mask on.

In fact, as the video continues, one of the policemen is seen violently grabbing off the man’s mask and furiously throwing it away.

This was moments before they picked him up and marshalled him into their onwaiting LandCruiser outside the shop.

Check out the video below…