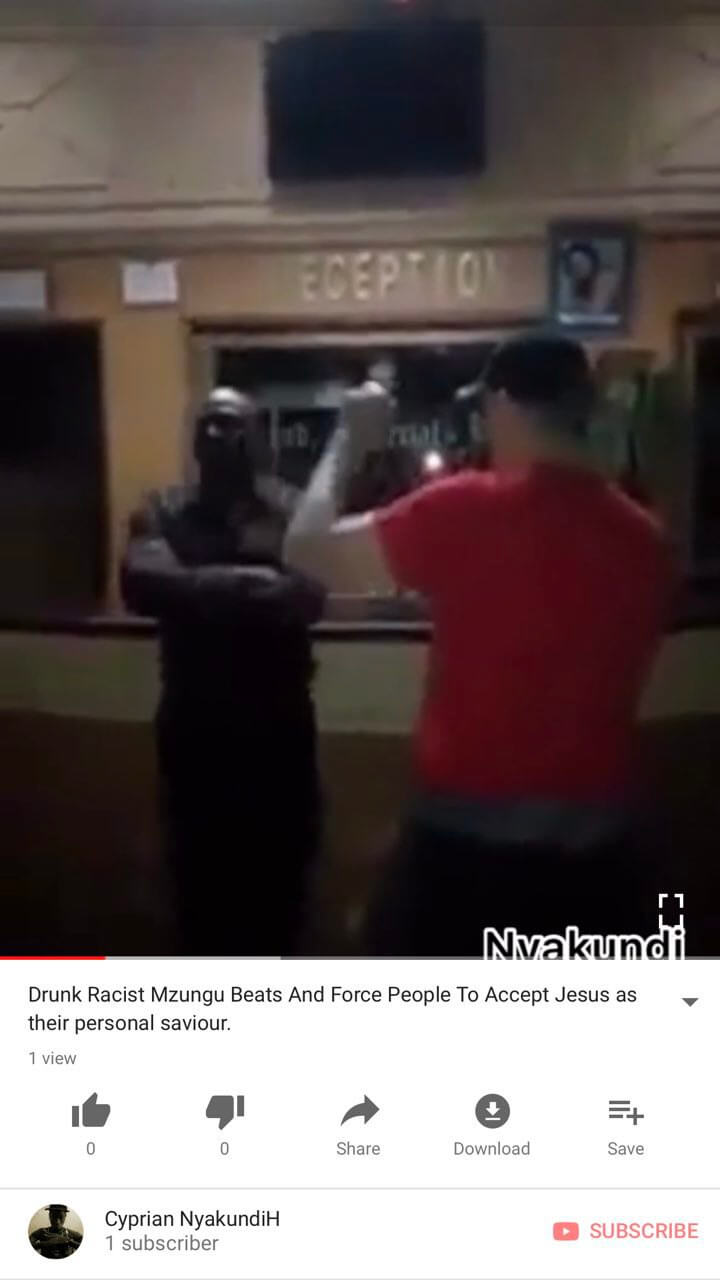 A video of a drunk Mzungu, exclusively obtained by us, will shock many Kenyans and relevant authorities.

In the Video that we have shared on our YouTube channel, the Mzungu harasses one man for refusing to accept Jesus as a personal saviour.

One man is heard telling the man being harassed not to fight the Mzungu, who insists and continues assaulting to man.

One man tries to cool the mzungu down but he tells him to shut up because he is not supposed to talk when he is talking.

Using words like ” Son of a Bitch” the mzungu proceeds with his sermon, telling other people that were around him that they were a disgrace to Jesus and would pay one day.

He later promises to come for the man he was harassing to ”beat his ass off”. From the Video, it looks like that man that was being harassed is a waiter. The Mzungu then asks for his key and proceeds to his room as he mocks those recording him.

This happened at the Imperial Hotel in Kisumu. Assault is a crime and we now demand that the Mzungu be arrested immediately and charged with assault and being a nuisance to the public. Then he must be deported immediately.