Infamous local city politician Mary Njambi is back at it again.

This time around, the nominated Nairobi Member of County Assembly (MCA) popular for her throbbing personality has been the trending talk on the online streets following the emergence of a rather hilarious dance video in which the obese-looking, ever-drunk representative grinds on a fairly younger gentleman as a dirty song by legendary Kikuyu musician Mike Rua blasts in the background.

From the clip currently circulating on social media, the two, visibly soaked in liquor, and the rest of the noisy guests seem to be part of what looks like a quite entertaining house party hosted at her poorly-lit house.

While some Kenyans only took the incident lightly, others have strongly come out to criticize the latest and previous actions of, perhaps, Nairobi’s most recognizable MCA, describing her as one of the many things wrong with the country’s leadership.

As one Twitter user peculiarly noted in the reactions section, as the footage continues to roll, the young charlatan admiring from the back as Njambi’s punctured hips sway from left to right can be clearly identified as Utawala Ward MCA Patrick Karani in his trademark hoodie. 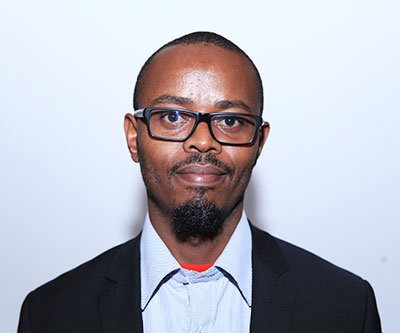 Mary Njambi shot to fame for the first time in In October 2018, during a botched attempt to eject Nairobi County Assembly Speaker, Beatrice Elachi.

In an address to journalists, the MCA passionately protested that Elachi had sprayed pepper in her eyes, an act she termed as “Kirimino” (Criminal).

Speaking amid the chaos that took place at Nairobi City Hall that morning, Njambi was narrating how some of her colleagues were operating dangerously with guns and which were likely to cause death.

“How can you be a speaker, na unawekea MCA wako mafirifiri kwa macho, si hiyo ni Kirimino (you are using pepper spray on your MCAs, isn’t that criminal)? ” she lamented in a video which soon went viral.

Just under two weeks ago, the ever-energetic Mary Njambi was once again among a group of Nairobi MCAs took to the streets of Nairobi’s Central Business District (CBD) demanding for the removal of Nairobi County Assembly Speaker Beatrice Elachi, via an impeachment motion.