The besieged Victoria Commercial bank is looking for ways to compromise the Central Bank of Kenya head of supervision after this blog revealed that the bank is under the radar of the regulator.

In an article that trended on social media today, the bank is under the spotlight over money-laundering, racism and shocking fraud

The CBK Supervision department is notorious and has been accused of receiving bribed to kill scandals. That explains why a scandal where ABC bank was under their radar for money laundering and aiding drug lords died after the Money Laundering ABC Bank Managing Director Mr Shamaz Savani prepared a bribe to the CBK head of supervision through Richard Omwela. 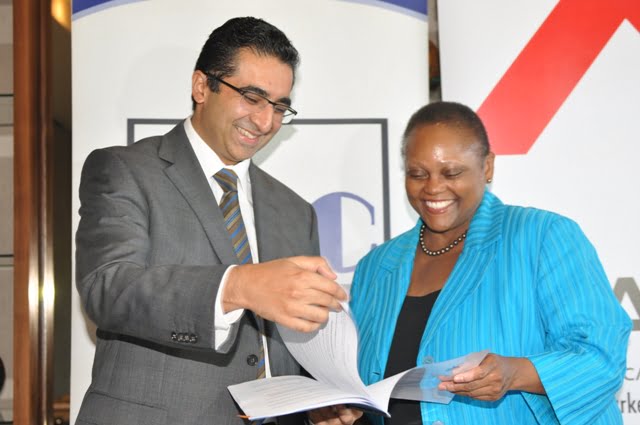 What is disheartening is why the Chairman Richard Omwela who masquerades as a polished image of corporate accountability, is being used to sanitize such gross malpractices.

Further reports also indicate that the bank is seeking for ways to attack this site, as we have noticed malicious traffic targetting the articles, a probable DDOS attack.

A distributed denial-of-service (DDoS) attack occurs when multiple systems flood the bandwidth or resources of a targeted system, usually one or more web servers. Such an attack is often the result of multiple compromised systems (for example, a botnet) flooding the targeted system with traffic. This usually brings down any site, but temporary.