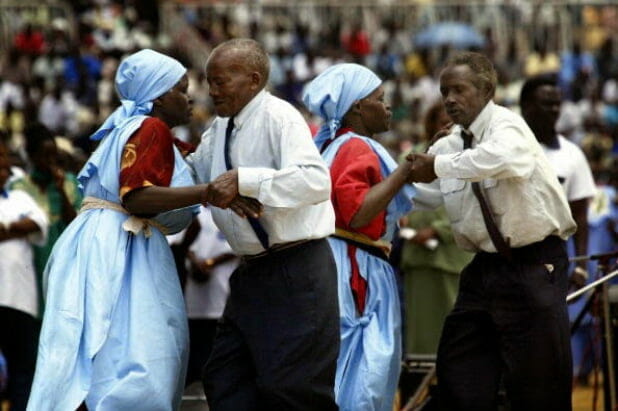 1. UTERUS — eg “We know Arsenals are the FA champions 2014 is not a must UTERUS!”
2. ROAR – eg “The government should ROAR the price of basic commodities”
3. MOROCCO – eg” its the hope of many Kenyan artists that Djs and radio stations play MOROCCO music.
4. TISSUE. eg: Kimani, you are doing it wrong, lemme TISSUE how to do it
5. MAINA: The casualties suffered MAINA injuries
6. MACHARIA eg.. The guests arrived MACHARIA than expected!
7. AARON… eg Kamau was broke so he asked for AARON from Barclays Bank.”
8. ARROW.. eg Njoroge’s phone rang, he picked it up and said ARROW
9. MUSHROOM. eg: I need to buy another sofa. There is too MUSHROOM in my house.
10. NDERITU… eg: “John’s car stalled in traffic because of NDERITU fuel he put.
11. WHEELBARROW – eg we have no tea leaves left, WHEELBARROW some from our neighbor
12. CHICKEN WING” eg: “Njeri plays the Lottery everyday so CHICKEN WING some money”
13..ROUGHENED – eg My sweetheart gives me ROUGHENED affection
14. WHEELCHAIR . eg If you dont have money for food don’t worry, WHEEL CHAIR mine.
15. ‘ALEHANDRO’ Mfano kwenye sentensi: “Sikufurahia vire huyo Judge ALEHANDRO hiyo kesi”