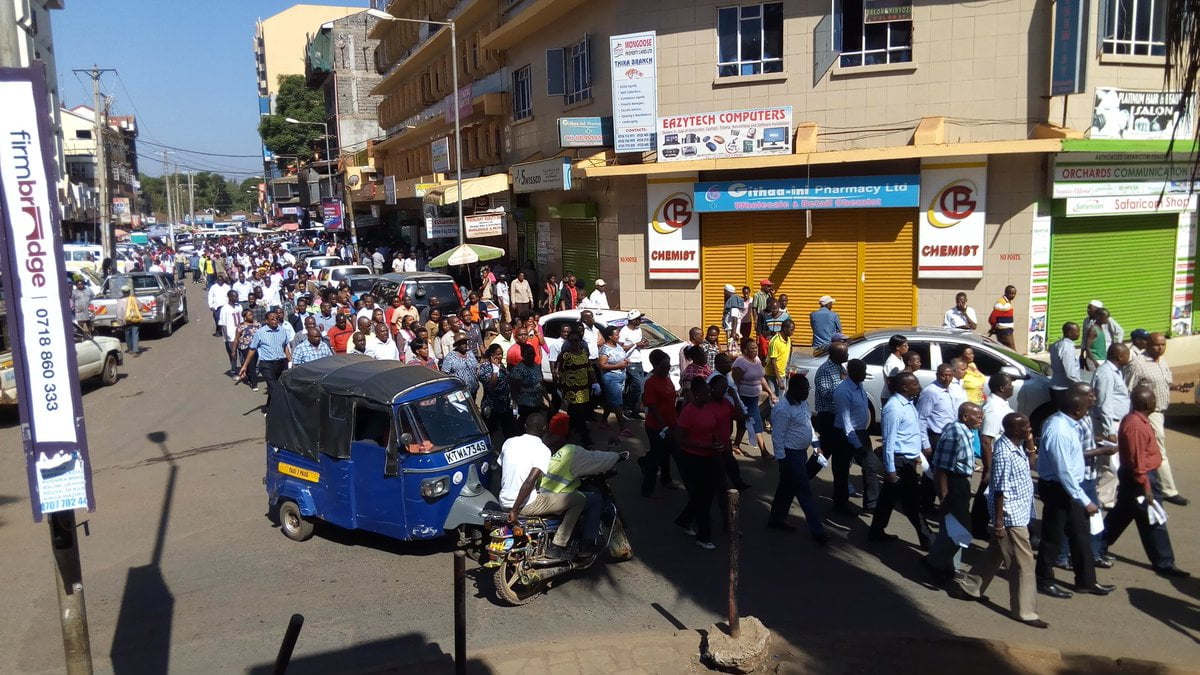 CAPTION: Members of the Thika Community today shut down their businesses and held a procession in honor of their late colleague, Mrs. Joyce Wambui Githitu.

Business people from Jubilee stronghold of Thika, today protested the rising insecurity by shutting down their businesses and holding a procession to present a petition to the area’s security chiefs.

Jubilee strongholds nicknamed “UTHAMAKISTAN” in reference to their unwavering sycophancy and undying love for Mama Ngina and the Kenyatta Family-empire, have of late come under siege, in what many are suspecting to be coordinated strategies, meant to whip fear into the residents, and influence the outcome of the General Election.

Just like we saw the Jubilee Government staging fake terror attacks like the WestGate and Garissa University massacre in a bid to influence the outcome of the ICC case, insecurity is being used to intimidate Kikuyu’s into voting enmasse for Jubilee.

Despite having very wealthy investors and boasting of industries, Thika’s opinion is largely dictated by illiterate Matatu owners and operators. People who have never stepped foot in a school, but just happen to own some matatu’s and pool them in Sacco’s, control the opinion of the learned and wealthy people in that town. 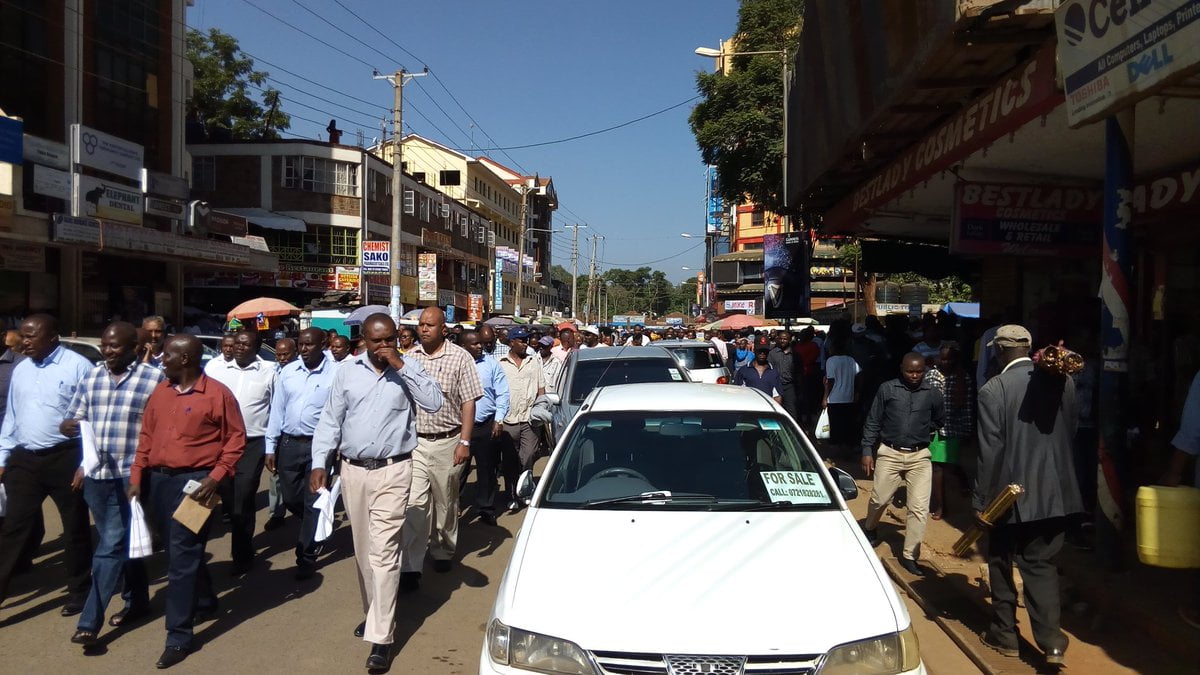 It’s no wonder that the town has become one filthy mess, with potholes, hawkers, garbage and unfinished projects around the town.

Kiambu Governor William Kabogo knew that by bribing the illiterate Matatu owners, they could then influence and subdue the rest of the community into silence. It is such a catastrophe that illiterate people are the ones driving Thika’s agenda. No wonder the town has lost its glory and now looks like a slum.

Jubilee and Uhuru to be precise has embraced illiteracy and elevated the dumbest Kikuyu’s into positions of influence. He has then expanded his collaborative network to include church leaders, many of whom discourage citizens or mass-action and instead ask people to give them their tithes and pray for divine intervention.

That is how Thika residents found themselves in the sorry state they are in.

For instance using a matrix of Church leaders and MPigs like Alice Ng’ang’a, Uhuru encouraged vandalism of investors who used to brew what was popularly referred to as second-generation alcohol.

Many investors who had pumped hundreds of millions of shillings in building high-quality plants, were forced to watch as religious leaders and MPigs vandalised their property. Yet the truth is that Diageo, owners of EABL had instigated that so-called purge on illicit brews, in a bid to ward-off competition. Uhuru acted because Mama Ngina his mother, is one of the biggest individual shareholders in EABL.

It is estimated that 2,000 people lost their jobs directly after this fake narrative spun by religious leaders and Jubilee MPigs. Which is why we are advising dumb Kikuyu’s to stop contributing money to churches and stop attending their harambee’s, which have become a platform for pastors to extort congregants.

A photo by an MCA from Kiambu County posted on social media yesterday shows just how the church Bishops have become greedy, giving politicians a platform to solicit for votes, in exchange for cash. 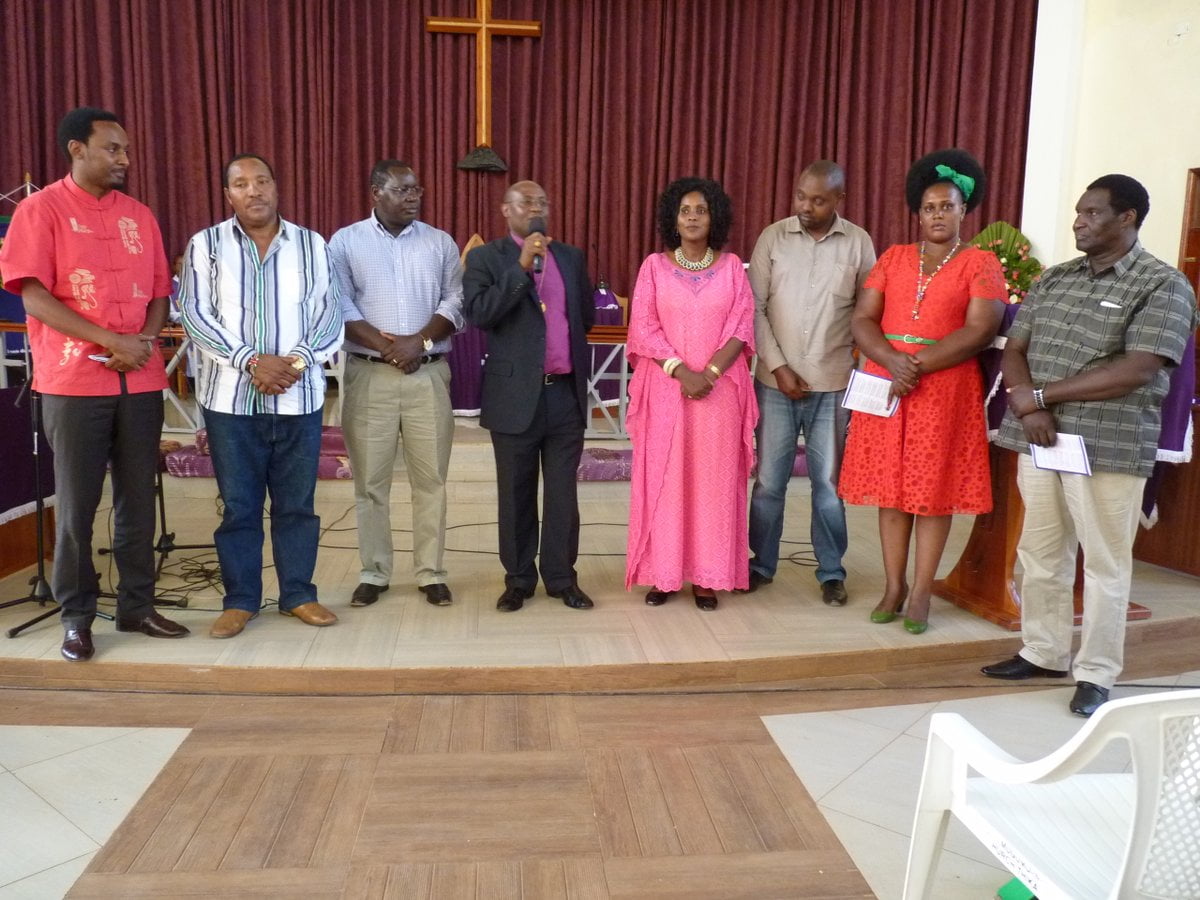 CAPTION: A Thika clergy parades politicians during a church service. Church leaders use such opportunities to extort money from politicians. It’s the reason why we are advising people to shun churches.

This has become the sorry tale of Thika, where illiterate Matatu industry operators and nursery school dropouts, plus religious leaders many who were not even born and raised in the town, are now controlling opinion and sentiment, all the while imposing their own toxic agenda.

The Brutal Murder of Joyce Wambui Githitu has laid bare the contradictions in what was once referred to as the “Birmingham of Kenya.” A town which is supposed to be calling the national shots, and part of national policy formulation, has been relegated to a hub for hawkers, Matatu Owners and commercial sex-workers.

Business people and influential opinion shapers who are supposed to be wielding influence, are now confined to conversing with Matatu owners and getting derailed in the process. Traffic jams, dust, insecurity, bad drainage, incompetence of the Governor and state organs are now the hallmark of Thika.

When it comes to elections, Thika residents are the epitome of scum. They have a penchant for electing the most mediocre of individuals because Matatu operators who control the town, have conditioned the public’s thinking that he who buys the seat, is the most viable candidate.

So how can a town which has a majority of middle-class residents who reside in apartments or flats with electricity and running water, have their electoral decisions influence by a small slum called Kiandutu comprising of not more than 4,000 people?

That is the greatest contradiction of our time.

Middle-Classers have now been reduced to soliciting opinion from Matatu crooks, boda boda riders, Mama Mboga’s, Hawkers, whose number is incomparable to the residents who live in that town. Instead of the business and other sectoral groups taking charge of their destiny, they have allowed themselves to be subdued and manipulated by Matatu cartels and hawkers. Such idiots!

Meanwhile in their silence, they are being eliminated one after their other, oblivious that their continued silence will have a collective inertia, with people shying away from matters which pertain to their welfare. George Thuo their former MP was assassinated in the same Town, and not even his family mobilised protests. Thika is slowly losing its allure as no investor wants to operate in some slum-looking town, where road projects are never completed. 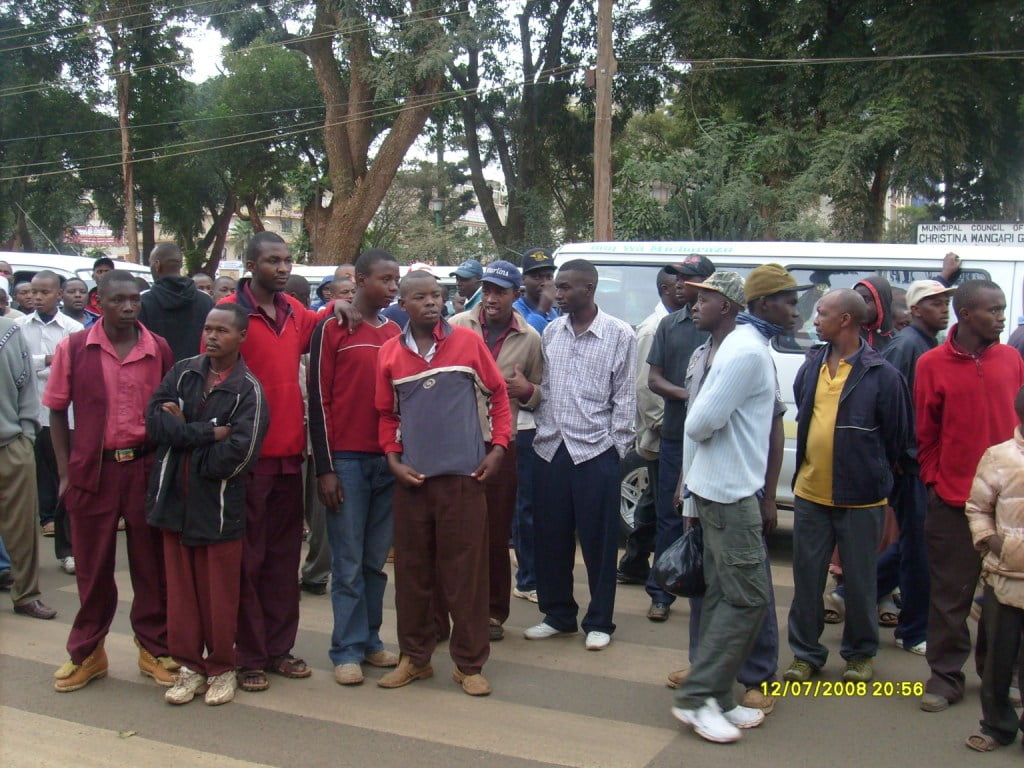 CAPTION: Despite their few numbers, these illiterate Matatu operators control the agenda of Thika. No wonder the Town has become one slum-looking dumpsite. The investors who control trade and business in the town have been reduced to flower-girls.

The Matatu hecklers, many of whom are illiterate, used the bully-strategy, whereby they used their loud mouths to subdue the intellectuals, the planners, the elite and the business society, in a bid to trade that cosmetic-influence for political proximity and personal gain.

The business community and elites have embraced the illiterate Matatu owners and operators, and entrenched them in think-tanks further compromising their own output. Instead of shunning these illiterate Matatu operators, they are now part of the decision making process. It’s no wonder the town looks like a rural center.

That’s why Thika is the next slum in the making.