Briton Michael Houghton, Americans Harvey  Alter and Charles Rice have won the Nobel Medicine Prize for the discovery of the Hepatitis C virus.

BREAKING NEWS:
The 2020 #NobelPrize in Physiology or Medicine has been awarded jointly to Harvey J. Alter, Michael Houghton and Charles M. Rice “for the discovery of Hepatitis C virus.” pic.twitter.com/MDHPmbiFmS

Today, the Nobel jury honoured the 3 scientists for their decisive contribution to the fight against blood-borne hepatitis, a major global health problem that causes cirrhosis and liver cancer in people around the world.

“Thanks to their discovery, highly sensitive blood tests for the virus are now available and these have essentially eliminated post-transfusion hepatitis in many parts of the world, greatly improving global health”, the Nobel committee said.

The discovery of the hepatitis C virus has been described as a Cinderella story in modern medicine — a relatively overlooked achievement.

In the 1960s, it was a great source of concern that a significant number of people receiving blood transfusions developed chronic hepatitis from a mysterious infectious agent.

US scientist Alter, of the National Institutes of Health in Bethesda, showed that blood from these hepatitis patents could transmit the disease to chimpanzees. The mysterious illness became known as “non-A, non-B” hepatitis. 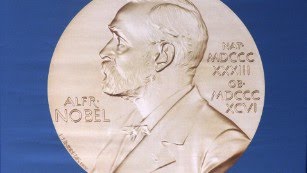 Houghton — a British scientist now working at the University of Alberta in Canada — used an untested strategy to isolate the genetic sequence of the new virus that was named hepatitis C while working at Chiron Corporation in the 1980s.

Rice, another American who’s based at Rockefeller University in New York City, provided the final piece of the puzzle, showing that hepatitis C virus alone could cause hepatitis.

For the first time in history, the Hepatitis C virus can now be cured. The 2020 Medicine Laureates’ discoveries revealed the cause of the remaining cases of chronic hepatitis and made possible blood tests and new medicines that have saved millions of lives.#NobelPrize pic.twitter.com/hqJK1uWX3u

The trio receives the award for their work on a virus as the world battles the new coronavirus pandemic.

The trio will share the Nobel prize sum of about ($1.1 million) Kh110 Million.

Due to the current global coronavirus pandemic, the in-person award of price receiving at the King Carl XVI Gustaf in Stockholm was replaced with Televised ceremony showing the laureates receiving their award in their home countries.

The anniversary ceremony of the 1896 death of scientist Alfred Nobel who created the prizes in his last will and testament has been scheduled on 10th of December this year.

Last year, the honour went to US researchers William Kaelin and Gregg Semenza and Britain’s Peter Ratcliffe on for discoveries on how cells sense and adapt to oxygen availability.

The winners of this year’s physics prize will be revealed on Tuesday, followed by the chemistry Prize on Wednesday.

@NgugiWaThiongo_ was last night the recipient of the International Catalonia Lit Prize but that is not the story.

He gave his acceptance speech in Gìkùyù and that is the story. pic.twitter.com/ACFfMd2v0o

The literature prize will be announced on Thursday and the Nobel peace prize on Friday.

This years speculations are that Swedish teenager Greta Thunberg and other climate activists or press freedom groups could get the nod for the latter.

The economics prize will wrap up the Nobel prize season on Monday, October 12.

Last year, William Kaelin and Gregg Semenza of the US and Britain’s Peter Ratcliffe were awarded Nobel Medicine Price for establishing the basis of our understanding of how cells react and adapt to different oxygen levels.

In 2018, Immunologists James Allison of the US and Tasuku Honjo of Japan were awarded for figuring out how to release the immune system’s brakes to allow it to attack cancer cells more efficiently.

In 2017, US geneticists Jeffrey Hall, Michael Rosbash and Michael Young for their discoveries on the internal biological clock that governs the wake-sleep cycles of most living things.

You probably have had a popular Twitter user @Amerix talk about Autophagy Marathon!

In 2016, Yoshinori Ohsumi (Japan) bagged the Nobel Medicine for his work on autophagy — a process whereby cells “eat themselves” — which when disrupted can cause Parkinson’s and diabetes.