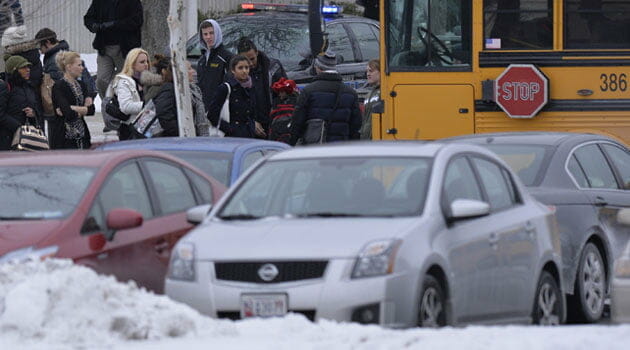 US homeland security chief Jeh Johnson urged shoppers to be on their guard Sunday after an Islamic militant group posted a video calling for attacks by radicalized Muslims on western malls, including the Mall of America.
“I would say that if anyone is planning to go to the Mall of America today, they’ve got to be particularly careful,” Johnson said on CNN’s “State of the Union.”

The mall, located in Minnesota and reputedly the world’s largest with 40 million visitors a year, said it had taken extra security measures in response to the threat by the Shabaab, a Somalia-based insurgent group.

Shabaab carried out a bloody attack and takeover of a mall in Nairobi in September 2013 that killed at least 67 people.

In a video posted on the Internet, the group ran a documentary-style account of the Westgate Mall attack, followed by an appearance by a masked fighter who suggested similar attacks could be carried out on other malls in the United States, Canada and Britain.

“If just a handful of mujahideen fighters could bring Kenya to a complete stand-still for nearly a week, just imagine what the dedicated mujahideen could do in the West to American or Jewish shopping centers across the world,” the militant said.

“What if such an attack were to occur in the Mall of America in Minnesota? Or the West Edmonton Mall in Canada? Or in London’s Oxford Street?” he said.

The video was picked up by SITE, a group that monitors jihadist websites.

“This latest statement from al-Shabaab reflects the new phase we’ve evolved to in the global terrorist threat in that you have groups such as al-Shabaab, ISIL, publicly calling for independent actors in their home lands to carry out attacks,” said Johnson, who is the US Secretary of Homeland Security.

“We’re beyond the phase now where these groups would send foreign operatives into countries after being trained someplace,” he added.

He said he was “very concerned” about the potential threat such independent actors pose.

“Any time they call for an attack against a specific place, we’ve got to take that seriously,” he said.