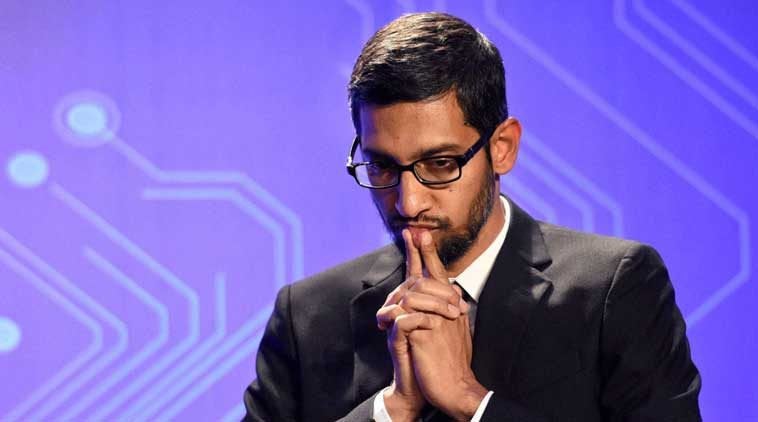 After investigating Google for more than a year, the Justice Department has finally issued its antitrust lawsuit against the search giant, alleging that the company is “unlawfully maintaining monopolies in the markets for general search services, search advertising, and general search text advertising in the United States.”

The full suit is here. It cites Section 2 of the Sherman Act — which deals specifically with monopolies — and seeks both to “restrain” Google and to seek remedies for the effects of its conduct so far. Remedies can come in the form of fines, or enforcing a divestment, or enforcing a change in business practices, or all of these.

The case is the most aggressive action the U.S. government has taken in decades against any of the technology companies that now buttress a huge portion of the American economy. The last company that received this level of scrutiny was Microsoft, which began as an investigation in 1992, was filed as a suit in 1997 and finally went into effect (as a settlement) in 2001. Some argue that the government action against Bill Gates’ software giant reshaped the technology industry and set the stage for Google and its peers to flourish.

“Google is the gateway to the internet and a search advertising behemoth,” said Jeffrey A. Rosen, deputy attorney general in his statement. “Google achieved some success in its early years and no one begrudges that. But as the antitrust complaint filed today explains it has maintained its monopoly power through exclusionary practices that are harmful to competition. So the Justice Department has determined that an antitrust response is necessary to benefit consumers. If the government does not enforce the antitrust laws to enable competition, we could lose the next wave of innovation. If that happens, Americans may never get to see the next Google.” He said that the DoJ plans to continue its review of anti-competitive practices by market-leading online platforms.

It would be the first significant legal challenge that Google has faced from U.S. regulators despite years of investigations into the company’s practices.

A 2012 attempt to bring the company to the courts to answer for anti-competitive practices was ultimately scuttled because regulators at the time weren’t sure they could make the case stick. Since that time, Alphabet’s value has skyrocketed to reach over $1 trillion (as of today’s share price).

Alphabet, Google’s parent company, holds a commanding lead in both search and video. The company dominates the search market — with roughly 90% of the world’s internet searches conducted on its platform — and roughly three quarters of American adults turn to YouTube for video, as The Wall Street Journal reported.

Google later issued a brief statement in response to the DoJ suit:

“Today’s lawsuit by the Department of Justice is deeply flawed,” the company said. “People use Google because they choose to — not because they’re forced to or because they can’t find alternatives.”

Today’s lawsuit by the Department of Justice is deeply flawed. People use Google because they choose to — not because they're forced to or because they can't find alternatives. We will have a full statement this morning.

In the lawsuit, the Department of Justice will say that Alphabet’s Google subsidiary uses a web of exclusionary business agreements to shut out competitors. The billions of dollars that the search giant collects wind up paying mobile phone companies, carriers and browsers to make the Google search engine a preset default. That blocks competitors from being able to access the kinds of queries and traffic they’d need to refine their own search engine.

It will be those relationships — alongside Google’s insistence that its search engine come pre-loaded (and un-deletable) on phones using the Android operating system and that other search engines specifically not be pre-loaded — that form part of the government’s case, according to Justice Department officials cited by the Journal.

Executives at companies brutalized by Google’s business practices (which are either the hard-nosed, bare-knuckle tactics of a ruthless competitor, or blatantly law-breaking strong-arming from a trillion-dollar bully) are already weighing in.

“We’re pleased the DOJ has taken this key step in holding Google accountable for the ways it has blocked competition, locked people into using its products, and achieved a market position so dominant they refuse to even talk about it out loud,” wrote Gabriel Weinberg, the chief executive of rival search company DuckDuckGo, on Twitter.

We haven't seen the final complaint yet, but as we understand it right now, the US Department of Justice today is saying in no uncertain terms that Google used, and continues to use, anti-competitive tactics to maintain its search monopoly. (Thread👇) https://t.co/vwiBkwkkgL

Yelp!, a company whose aggressive lobbying on Capitol Hill arguably has done more than any other business to call attention to the ways in which Google’s products exist within a walled, self-promotional garden, also weighed in on the DOJ’s suit.

“By systematically reducing the quality of its search results in order to entrench and extend its search and search advertising monopolies, Google is directly harming consumers,” Yelp wrote in a statement. “Yelp applauds the work of the DOJ and encourages swift action by state attorneys general who are conducting parallel investigations into other aspects of Google’s business.”

The antitrust suit comes on the heels of a number of other regulatory actions involving Google, which is not only the dominant online search provider, but also a leader in online advertising and in mobile technology by way of Android, as well as a strong player in a web of other interconnected services like mapping, online productivity software, cloud computing and more.

Bipartisan but still delivered only in parts

That report said those AGs have instead been working on a bipartisan, state-led approach covering a wider number of issues beyond search — the idea being also that more suits gives the government potentially a stronger bargaining position against the tech giant.

Indeed, later in the day, New York Attorney General Letitia James and the attorneys general of Colorado, Iowa, Nebraska, North Carolina, Tennessee and Utah made their own statement after the DoJ made its news, saying the two parties would cooperate.

“Over the last year, both the U.S. DOJ and state attorneys general have conducted separate but parallel investigations into Google’s anticompetitive market behavior. We appreciate the strong bipartisan cooperation among the states and the good working relationship with the DOJ on these serious issues,” read the statement. “This is a historic time for both federal and state antitrust authorities, as we work to protect competition and innovation in our technology markets. We plan to conclude parts of our investigation of Google in the coming weeks. If we decide to file a complaint, we would file a motion to consolidate our case with the DOJ’s. We would then litigate the consolidated case cooperatively, much as we did in the Microsoft case.”

“We do have a line of communication open with them and we’ve appreciated the collaboration that we’ve had. And the cooperative relationship that we’ve had with all the states working through the investigation,” said Rosen today. “There have been some states that chose to join this complaint and some states that are choosing to proceed on their own path but not out of a lack of support for what the concerns are.”

A third suit is being put together by the state of Texas, although that has faced its own issues.

While a number of tech leviathans are facing increasing scrutiny from Washington, with the U.S. now just two weeks from Election Day, it’s unlikely that we are going to see many developments around this and other cases before then. And in the case of this specific Google suit, in the event that Trump doesn’t get re-elected, there will also be a larger personnel shift at the DoJ that could also change the profile and timescale of the case.

In any event, fighting these regulatory cases is always a long, drawn-out process. In Europe, Google has faced a series of fines over antitrust violations stretching back several years, including a $2.7 billion fine over Google shopping; a $5 billion fine over Android dominance; and a $1.7 billion fine over search ad brokering. While Google slowly works through appeals, there are also more cases ongoing against the company in Europe and elsewhere.

Google is not the only one catching the attention of Washington. Earlier in October, the House Judiciary Committee released a report of more than 400 pages in which it outlined how tech giants Apple, Amazon, Alphabet (Google’s parent company) and Facebook were abusing their power, covering everything from the areas in which they dominate, through to suggestions for how to fix the situation (including curtailing their acquisitions strategy).

That seemed mainly to be an exercise in laying out the state of things, which could in turn be used to inform further actions, although in itself, unlike the DoJ suit, the House report lacks teeth in terms of enforcement or remedies.

In this article:Alphabet Inc, Google