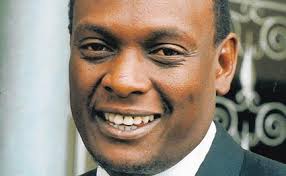 We post this article knowing full well that this regime has embarked on eliminating proponents of the truth. We remember George Saitoti, George Thuo, Otieno Kajwang, Mutula Kilonzo and other ICC witnesses who died under mysterious circumstances. We also remember blogger Bogonko Bosire, former partner of StateHouse Communications Director Dennis Itumbi. Speculation is rife that Itumbi knows what exactly happened to the late Bosire.

Gatanga residents are up in arms over a recent residential development that has left everyone in shock and awe.

Former Gatanga MP David Murathe who is also known to be a supplier of marijuana to senior figures in Statehouse, plus the Speaker of the National Assembly Justin Muturi, has embarked on a massive rural home, despite the fact that Prudential Bank applied and successfully had the courts declare him bankrupt.

Murathe’s rural home consists of three floors and a swimming pool, spending that has raised eyebrows considering that a year before Uhuru’s ascension to power, the former legislator could not even afford paying his children’s school fee’s.

Prominent business tycoon Jacob Juma triggered focus on David Murathe, when he tweeted that he was now the sole supplier of essential commodities to the NYS, since the exit of Anne Waiguru and her network of goons.

According to sources familiar with the Jubilee Party politics, Murathe is the hatchet man of Uhuru’s brother Muhoho, and is the one who is normally dispatched to do the dirty work on behalf of the Kenyatta family. He is on the payroll of Brookside and drives a Toyota Prado vehicle owned by the milk processor.

Murathe and speaker Justin Muturi were both in parliament during the era when Moi endorsed Kenyatta for presidency and it is at that time when both cultivated a close relationship. Muhoho has retained them for their unparalleled loyalty, and ability to follow instructions without a second thought.

Residents of Gatanga Constituency are now calling on the Ethics and Anti Corruption Commission to investigate Murathe’s sudden source of wealth, yet the man is still officially bankrupt. But due to the fact that the new EACC board is headed by someone who has transacted a lot with elites, and thus imagining he will arrest his friends would be okey.