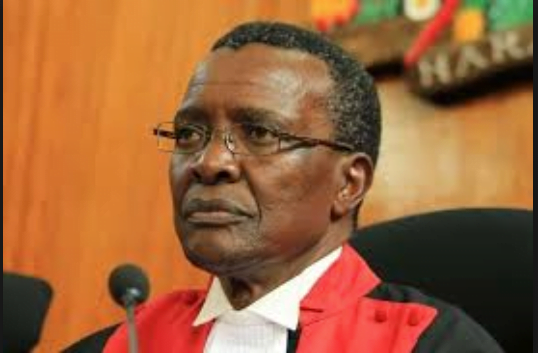 The judiciary finished listening and determining the first round of election petitions that originated from the general elections last year last month a reporter went out to unravel the under dealings that ensued to dictate the verdicts of various magistrates at the Malindi law courts.

Many things happened between the time the petitions were filed, heard and got determined with political players, court officials and businessmen with interests in respective positions burning the midnight oil to emerge victorious.

The Malindi courts have been put on focus after investigations revealed that most petitions were unfairly dismissed after the respondents used money to influence the rulings and when the dirty tricks started spilling out, the courts decided to nullify two ward elections.

The election petitions challenging the election of several MCAs have been dismissed despite strong evidence of electoral fraud witnessed before, during and after the elections.

In some instances, the rulings of some of the cases were postponed to provide time for the respondents to comply to the requests of the magistrates a move that angered the petitioners.

The election petition challenging the election of Garashi ward MCA Peter Ziro was dismissed in a very dramatic manner with investigations revealing that a bee hive of lobbying activities including late night meetings were organized to ensure that the petition which was before a magistrates court was dismissed.

Theophelus Fondo had petitioned against Peter Ziro and believed that he had enough evidence since the arguments in the court room used to favour his side.

On the 8th of November 2017 near Tamani Jua resort in Malindi, the magistrate met Mr. Ziro and they agreed that Ziro parts with sh. 500,000 for the case to be ruled in his favour.

When contacted, Ziro declined to comment only stating that he validly won the elections and was declared winner in a rightful manner.

“I do not want to talk about elections that are behind us now,” he rudely replied to the journalists.

Investigations reveal that Ziro was seen visiting the Post bank in Malindi late last year where sh. 500,000 part of the money was withdrawn and given to a certain magistrate who had arrived in a white range rover sports that night.  The magistrate is said to have changed tuned and demanded the amount to be raised to one million shillings.

During that time, the said magistrate was in the company of a well built man only known who is said to be the architect behind the under dealings.

At that instance the ruling that was set to be made earlier was postponed by the court to another date to give Ziro time to collect the remaining amount.

The same happened to all the other petitions that passed through the lower courts and the only difference is that the other respondents were demanded to part with at least sh. 2 million.

A first time MCA has also complained that the amount was too high for him since it was his first time in politics.

Mr. Ziro is believed to have helped broker deals to influence the outcome of many other petitions with the most noted one being a petition challenging the election of Malindi town ward Mr. David Kadenge filed by Ms. Elizabeth Muthoka and which was another magistrate.

Investigations have pointed out that Ziro was the main architect of the deals and met a certain magistrate who would in turn cut the deal on behalf of the second magistrate and they met at her residence where sh. 2 million was paid to influence the outcome despite heavy evidence.

Mrs. Muthoka has remained an angry woman even after appealing the earlier ruling and told the reporter that all was well until when the dates of judgment kept on changing and being postpones arbitrary.

“I can readily say that there is no justice in our courts and as much as the electorate, though they seem to have moved on they are a very angry lot,” she added.

When pressed hard to explain she only said that the matters were still in court and could not be discussed from outside.

A number of the affected MCAs were also overheard on several instances complaining against the imposing of heavy demands by a broker who warned them of dire consequences if they dared reveal their under dealings.