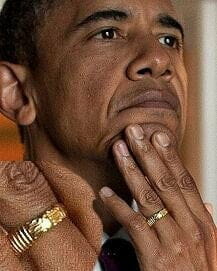 When Saddam Hussein invaded Kuwait, President George Bush chased him and his “million strong” army out of there. Despite the urgings of the hawks he had the intelligence to stop at the border, refusing to go on and take Baghdad.
When Al Queda attacked New York, President George W Bush felt enough was enough… he had to attack something. But he attacked the wrong something.
Afghanistan and its links with Pakistan was the real threat, Iraq was never a threat to the West. But it is now that America has poked the hornet’s nest.
They hung strong man Saddam Hussein high, high enough to decapitate him, yet Saddam was the only person who was holding the dysfunctional State together.
Now he’s gone and so is Iraq’s stability, along with most of its oil fields, taken over by a bunch of Islamic extremists in utes who call themselves the Islamic State of Iraq and Syria (ISIS).
These are the worst of the world’s worst of Islamic extremists, they are the people who decapitate children, inflict the most heinous and sexually fatal injuries on women and eat male opponents’ organs.
They have spilled over from their unwinnable Syrian crisis and are now marching south to Baghdad.
Good luck with getting as far as Baghdad!
Iran is now aligning with its bitter enemy, Iraq, to repel the ISIS while America is preparing to launch drones from its aircraft carriers in the Gulf.
The ISIS rebels are heartened by their ability to take over most of the unguarded oilfields in the north of Iraq, they are selling gas and electricity to Syria to finance their atrocities, while Obama’s CIA provides them with weapons and Putin provides Syria’s Assad with bigger weapons.
Syria won’t fall to the ISIS and it knows it, despite Obama’s assistance. It has now turned its sights on a weakened Iraq.
At least Putin has his priorities in order. Incredibly, Obama is about to bomb the very same people he has armed.
North Africa’s strong man Gaddafi was holding Libya together before the Americans killed him. America doesn’t like strong men, they don’t fit plans for its ridiculous aim of democratising the Middle East.
And now Islamic extremists slaughter American diplomats and fire-bomb installations like in Benghazi.
The cause of the current Middle East powder keg is Obama. He created it! He prematurely withdrew his forces for electoral reasons and now he needs to drone-bomb the very people he has armed. They also intend to kill Syria’s Assad.
Good luck with that too!
The ISIS realises just how vulnerable Iraq is now that the Americans have “restructured” its government and armed forces. It is so weak that, when confronted by the ISIS, they showed their innate Islamic cowardice, dropped their guns and ran, leaving their American tanks and materiel for the enemy… despite the fact that they outnumber the ISIS invaders forty to one.
Will President Obama’s makeshift Afghanistan government be any different after he withdraws forces there too? Of course not, the Taliban will take over and enforce its Barbaric Sharia law with even greater fervour.
Obama is either as thick as pig shit or he is knowingly encouraging Islamic extremism in the Middle East. That extremism will eventually reach the West in the form of increasingly sophisticated terrorism?
Just look at what this Obama bloke has done!
1. He has defied Congress and the Constitution and sent arms to the Al Queda backed Syrian rebels via the CIA, hoping to kill another strong man, Al-Assad. Those same Al Queda offshoot extremists are supported by hundreds of Islamic Australians who have travelled there to fight in a dirty internal war. It’s the perennial Sunni against Shia, and Iraq’s Kurds in the north look on for a piece of the pie.
2. Obama has created a humanitarian crisis of over a million refugees who are pouring on to Europe’s doorstep, Turkey. Just imagine the horrific result if Damascus fell and Assad with it. At least Putin has imagined it and is trying to stabilise the situation despite Obama’s determination to further destabilise it.
3. Obama is releasing Gitmo terrorists and feting army deserters.
4. Obama bent his knee and bowed his head to the Saudi King and his rotten family of crooks who are arming the ISIS right now.
5. Obama has alienated the only democratic country the West has as an ally, that pinprick of donated territory called Israel.
6. Obama encouraged Egypt’s Muslim Brotherhood to overthrow its strong man Egyptian President Hosni Mubarak, the only autocratic symbol of stability in the Middle East. To Obama’s delight Egypt’s very first election saw the Brotherhood’s Morsi installed as its first elected President. To assist the original founders of terrorism, the Muslim Brotherhood, the Obama Administration ensured them another $1.3 billion shipment of state-of-the-art weaponry. The Brotherhood lasted only months before it was overthrown, marginalising even moderate Islamists. Christian Churches now continue to be burnt down while the new President, Abdel Fattah el-Sisi, looks on.
7. Obama promoted the building of a mosque adjacent to the destroyed World Trade Centre.
Post Obama, the one lesson America should take from the mess it has created in the Middle East is that it should ignore the grandstanding rhetoric of Middle East strong men, they are speaking to a domestic market, as is North Korea’s Kim Jong-un. As was Saddam Hussein and Gaddafi, as was Iran’s mad midget, Ahmadinejad and as is Bashar al-Assad.
Leave them be. While they are busy killing each other they aren’t killing us. Isolate them, ignore them the moment we no longer need their filthy oil.
They have been killing each other for 2,000 years. They will quickly change sides when it suits, as we are seeing now, and when they get tired of that they will start killing each other again.
Unfortunately Obama ain’t the only fool in the West