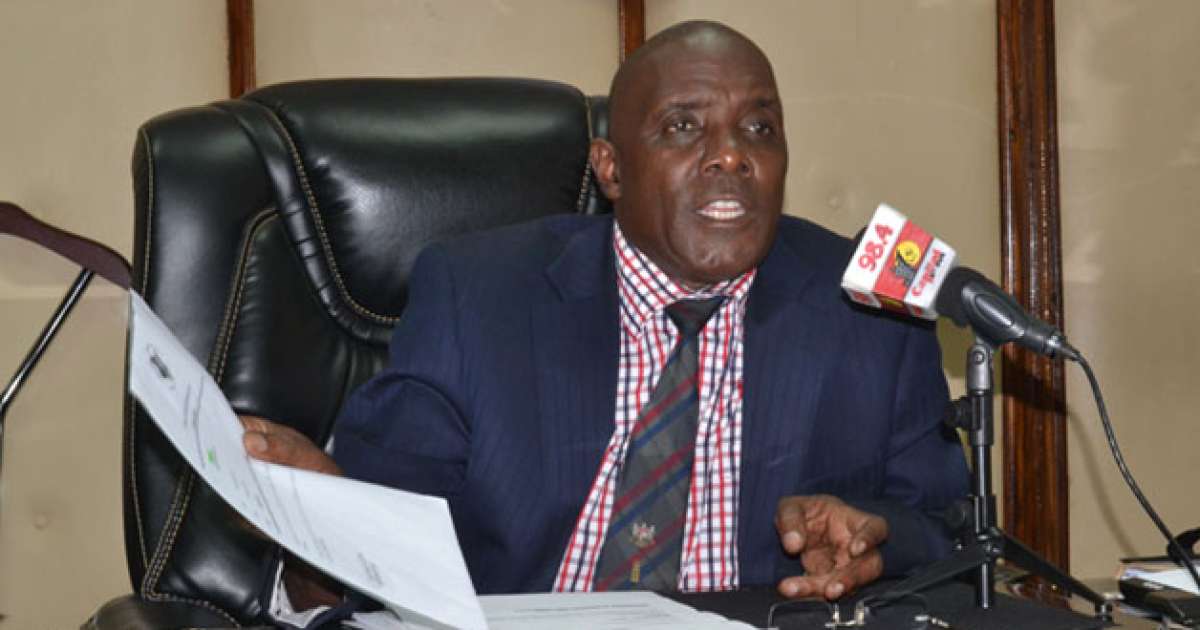 Caption: The Most Corrupt Nincompoop Mohammed Swazuri . He helps Land Cartels Forge Titles to Grab Land at a Commission . This Idiot should be shot by firing squad.

TODAY, we shall reveal the core  team of accomplices involved in land shenanigans with NLC Chairman Dr Mohamed Swazuri after he appealed to them yesterday to close ranks behind him in the wake of the swirling storm triggered by his corruption.

A desperate Swazuri yesterday summoned his entire NLC Management Team who are his cartel plus two Commissioners who were in the dark about his motives and told them: “Ladies and gentlemen, we must indeed  hang in together or most assuredly hang separately.” Swazuri was evoking the famous words of American founding father Benjamin Franklin to his colleagues on declaring independence from Britain.

Swazuri’s piteous cry, after receiving a buffeting from Parliament, was addressed to members of the Core Graft Team within the NLC Management who are deeply involved with him in malpractices.

And for the first time ever, we reveal to you the names of Swazuri’s Grand Corruption Team whom he met at a closed door meeting:

The management directors were accompanied by their deputies , the aides were brought in for the sake of appearances only.

Confirming emerging reports that Swazuri excludes other Commissioners from the goings-on in his boardroom, the remaining six Commissioners were not invited to attend yesterday’s meeting. These were:

At yesterday’s meeting, Swazuri bitterly complained that he was the target of a witch-hunt by external forces who were bent on hounding him out of office.  He claimed that MPs were trying to bulldoze him into coughing up money for them. He alleged that they had threatened to kick him out if he did not meet their cash demands. Swazuri however did not name those legislators who were allegedly seeking to extort money out of him.

He passionately appealed to the CEO and the other senior management team to stand with him and not break ranks. “We are in this together, up to our necks,” he is quoted as saying.”If I sink, you shall also sink with me. So let us be united and see this through together.”

CEO Chavangi is Swazuri’s main partner in crime , and is in fact the architect of graft in NLC. He is therefore the most culpable person in Swazuri’s cartel. Yet he has very little experience in public service.

Chavangi is a lawyer who had a brief stint in the TJRC. Likewise Swazuri is an academician with no experience in public service.

Chavangi was denounced by a parliamentary committee as a “pathological liar” after he contradicted himself on various issues during questioning.  Both he and Swazuri have been caught out in a web of flagrant denials when under close questioning by parliamentary watchdogs.

The rest of the Commissioners – with the exception of Lenachuru and Musyoka – have been totally kept in the dark by the Swazuri-Chavangi clique.

Swazuri’s current troubles stemmed from a petition filed with the National Assembly Lands Committee by a former journalist Mugo Njeru and his wife alleging that Swazuri took a bribe of Sh. 1.2 million to process compensation for SGR land that belonged to Njeru but was contested by another party. Njeru wanted the MPs to hold Swazuri liable for decisions made in his capacity as NLC Chairman.

In his petition, Njeru also sought the removal of Swazuri as chairman.Swazuri moved to court to stop Parliament from removing him over the bribery allegations. Parliament countered his move by asking the court to ignore Swazuri’s appeal to it.

Swazuri is wading into deeper seas in the coming weeks as 10,000 families of Mitangoni in Kaloleni constituency say they plan to petition Parliament for his removal after accusing him of colluding with unidentified people to steal 71,000 acres intended for SGR.

The families want him sacked for failing to resolve their case involving the land valued at Sh. 22 billion.

Elsewhere, but in Kajiado, Swazuri and his CEO Tom Aziz Chavangi have been under fire for meddling with community trust land. Their meddling caused a lot of tension in the area.

But staying true to form, Swazuri claims to be battle-hardened and has vowed to ensure that he will fight and emerge victorious, even when the odds are against him.