As Nairobi residents battled Saturday evening’s floods brought forth by heavy rains, Governor Mike Mbuvi Sonko was ushering in the night at the comfort of his plush, air-conditioned City Hall office.

So peaceful and tranquil it was that he couldn’t help but share on social media with the caption “Mvua imenyesha kinomaree. Leo ni ndani kwa ndani.” 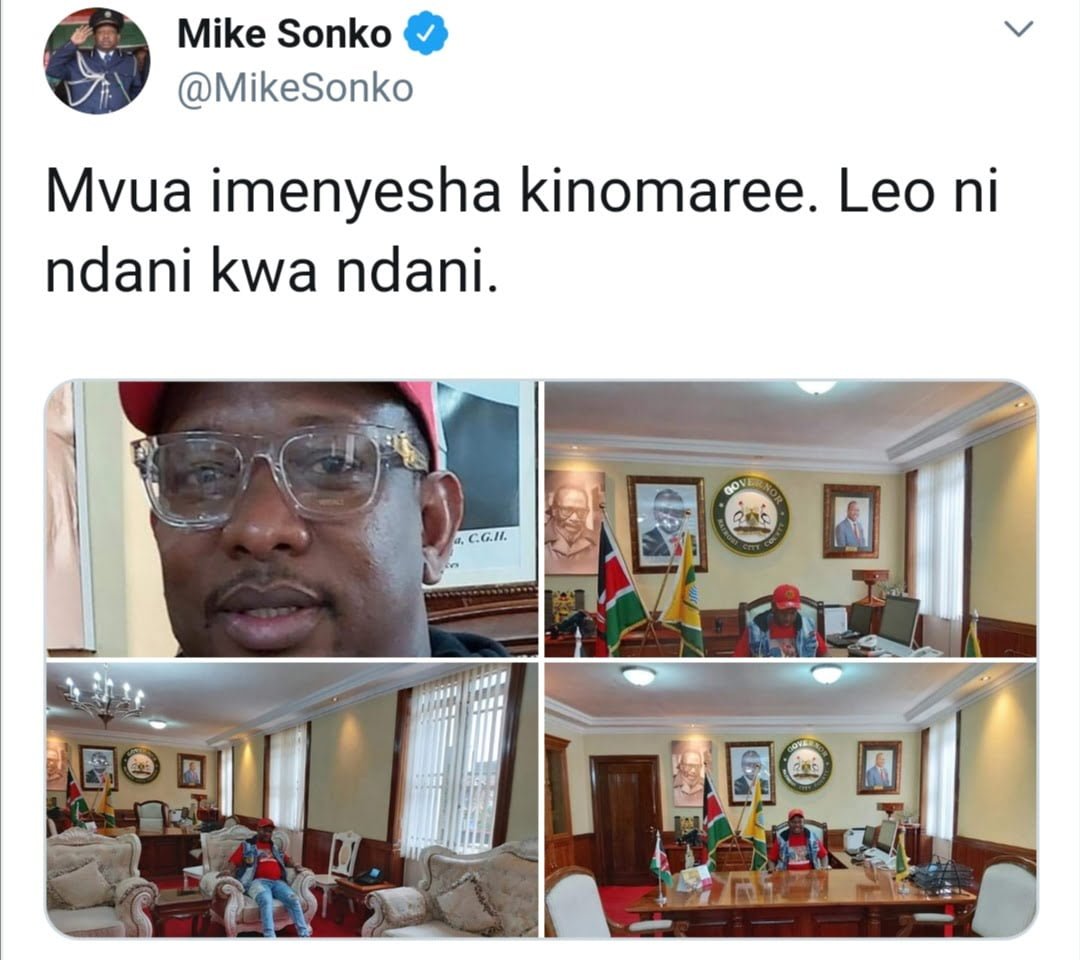 Attached were four photos: one, a portrait shot of the governor in a weird looking outfit – the standout feature, perhaps, red t-shirt with the image of a lion photoshopped onto another picture of himself with the ironic caption, “Most dangerous cartels; the corrupt and land grabbers”.

Another was a shot of the governor comfortably seated at his noticably empty desk, leaving angry Kenyans wondering whether any serious business is conducted at the department. 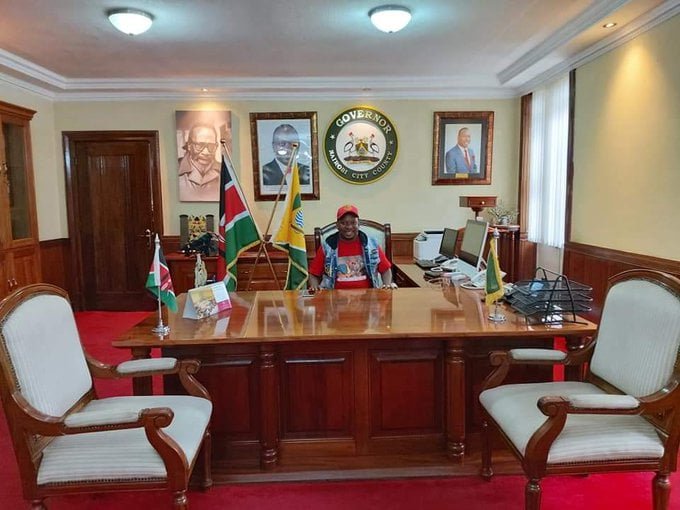 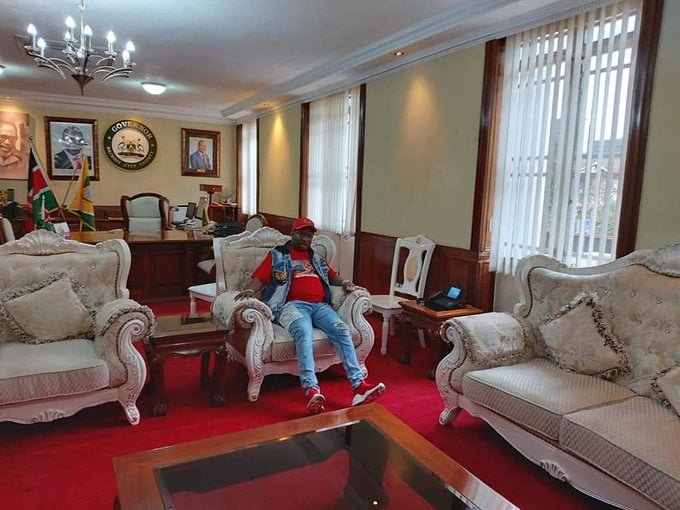 This is what some of them had to say. 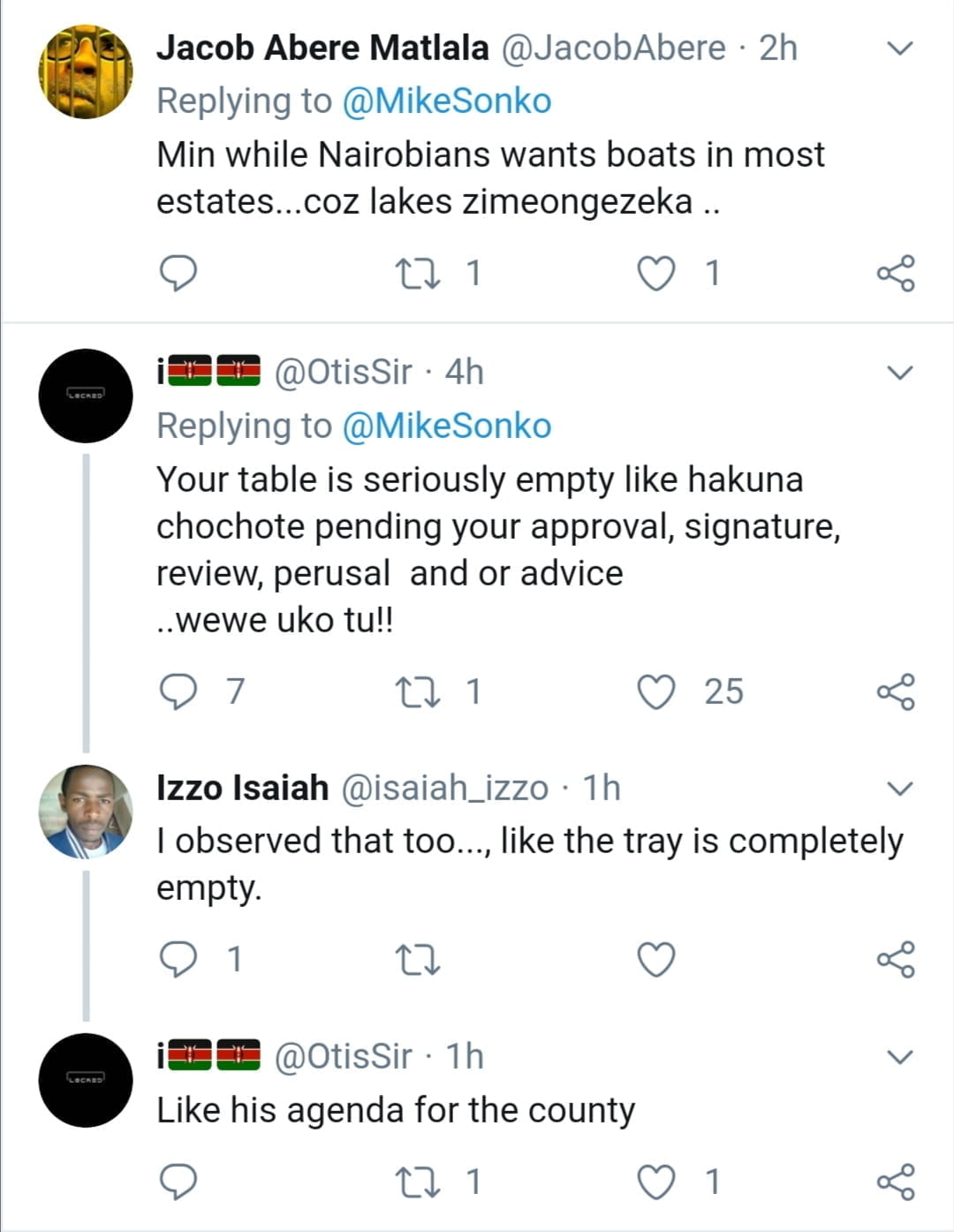 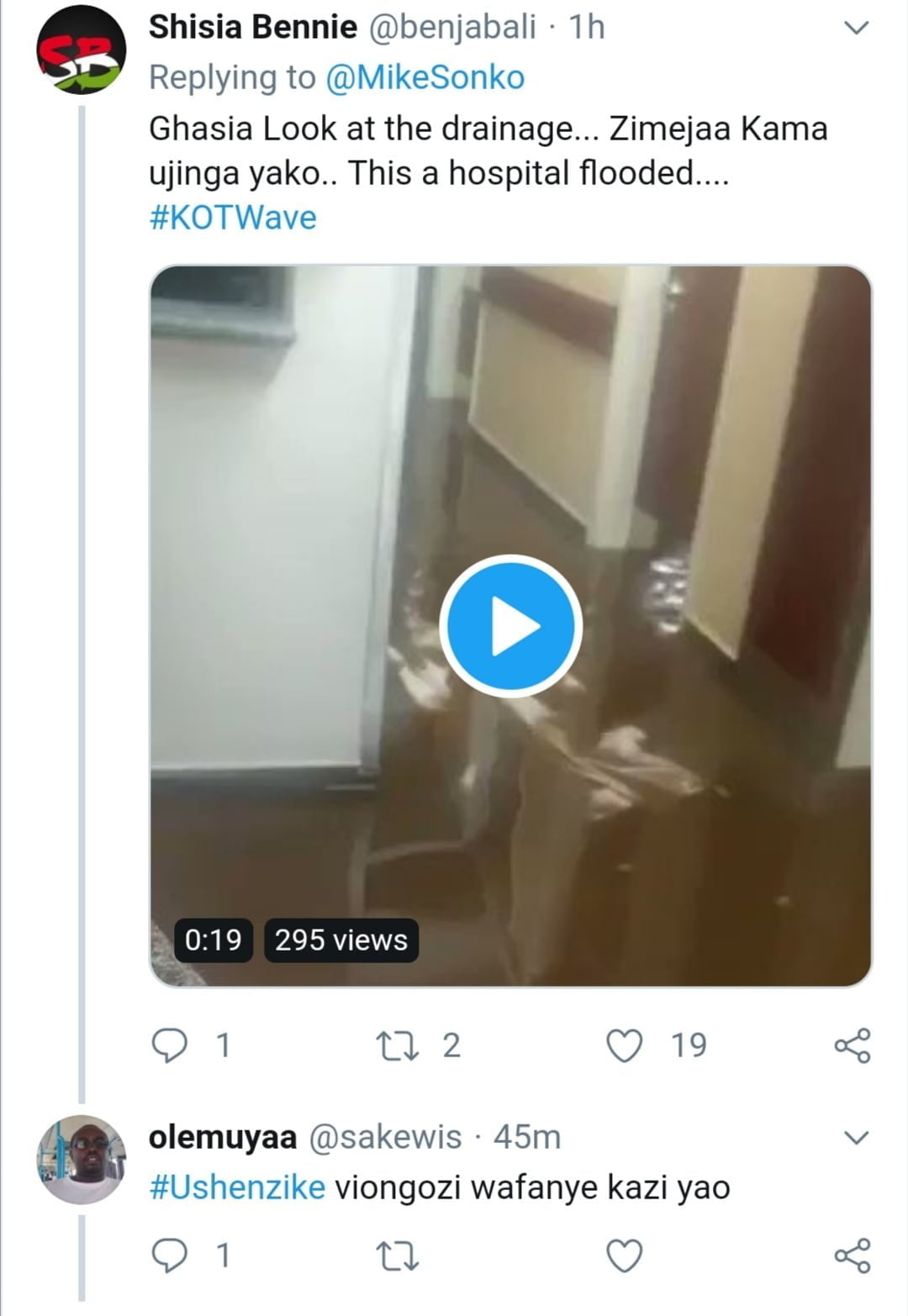 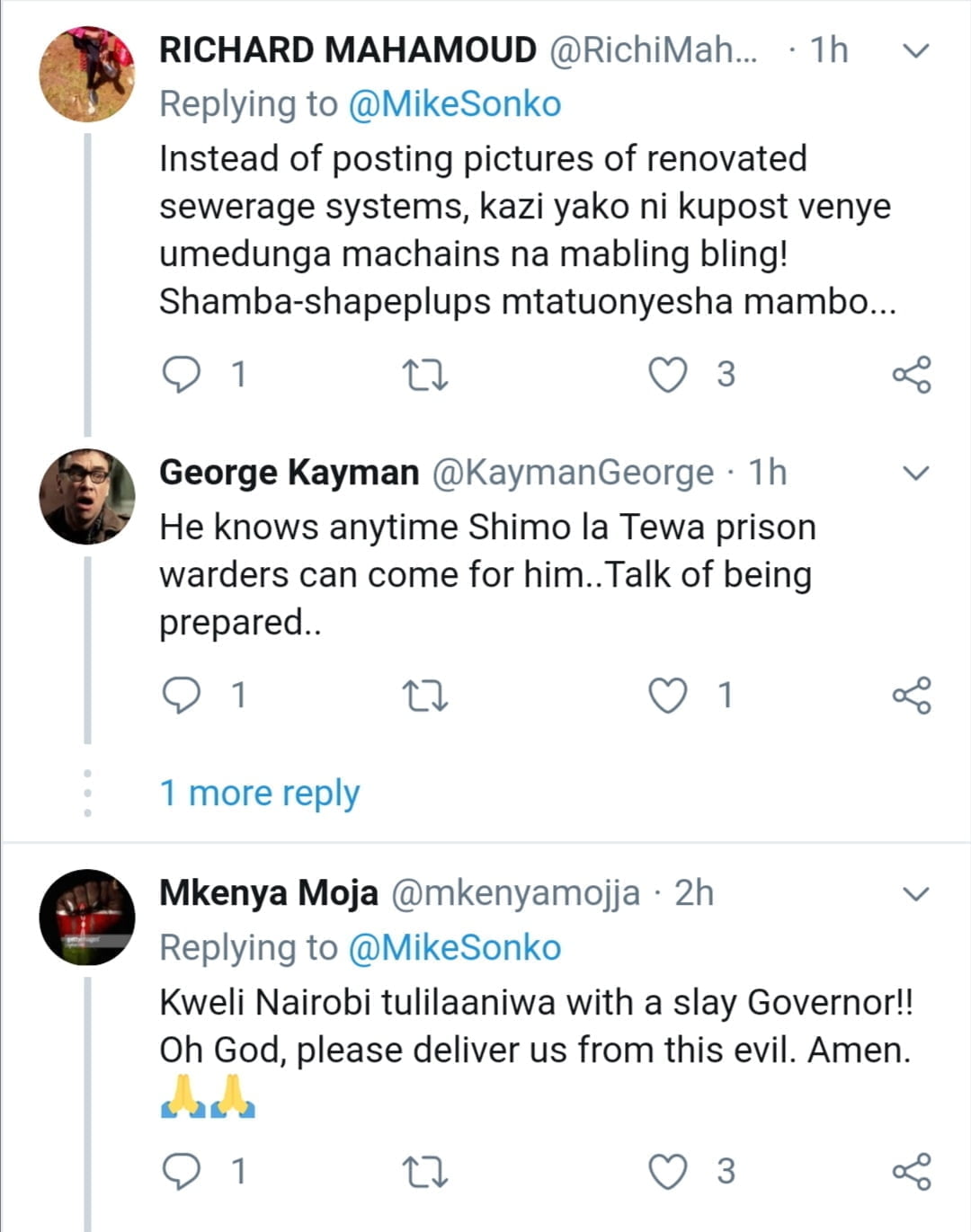 The Meteorological Department has warned Kenyans to brace themselves for more heavy rainfall in the next few days.

The rains are expected in Nairobi, Narok, Nakuru, Migori and Kisumu.