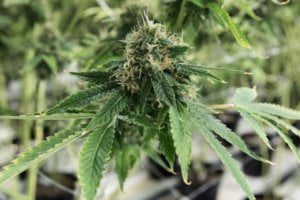 Courtesy image of a cannabis bud

This means, the United Nations has officially removed Canabis from the designation reserved for the most dangerous substances, such as heroin.

This particular classification is a subgroup of Category I in that a substance is considered to be highly addictive and highly liable for abuse, but also particularly harmful and of extremely limited medical or therapeutic value.

The narrow 27-25 vote comes after a recommendation from the World Health Organization launched more than two years ago to remove the substance from its previous classification.

WHO argued that the inclusion of cannabis and cannabis resin in Schedule IV is not consistent with the criteria for a drug to be placed in Schedule IV.

According to NPR, the WHO committee stated that while cannabis can cause dependence and have adverse effects, there is something to be said about its benefits, which includes reducing pain and nausea, in addition to easing symptoms of medical conditions such as anorexia, epilepsy, and multiple sclerosis.

The committee cited its limited robust scientific evidence on the therapeutic use of cannabis.

It is not really clear if the mention of limited robust scientific evidence suggests that if the U.N. were to move cannabis off the Schedule IV substance list, it would open the door for further research on a potentially global scale into the drug’s medicinal and therapeutic benefits.

“One of the original reasons for the WHO making these recommendations were to open up the path to research and medical product development. Today’s results will hopefully encourage much activity in this field which will in the future enable further liberalization of cannabis and patient access.” Conor O’Brien, of the global industry analyst group Prohibition Partners, told NPR