UN has cut the funds to KDF soldiers after an audit revealed that the payslips have ghost troops fighting the Al-Shabaab militia in Somalia. 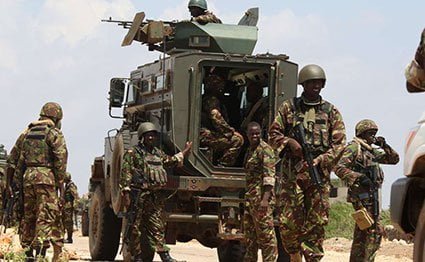 A courtesy image of KDF soldiers

The Business Daily reports that the latest exchequer statistics show grants from African Union Mission in Somalia (Amisom), funded by European Union (EU) and its partners, amounted to Sh1.45 billion in the July-December period against a budget goal of nearly Sh9.45 billion.

Compared to a similar period last year, the UN funds to KDF represent a 25.22  per cent-the Amisom receipts represent a Sh489.60 million cut.

A leaked damming audit report by PwC Associates Ltd (Mauritius) queried the payment of KDF soldiers who had left the mission between 2016 and 2018 that resulted in a possible loss of billions.

The National Treasury has slashed its full-year target from Amisom grants for the period ending June 2021 to Sh7.4 billion from an earlier goal of Sh24.1 billion.

According to its budgetary projections, KDF expects a further Sh2.5 billion in the financial year starting July before the funding dries out on full withdrawal of the Kenya Forces from Somalia.

On February 25, the 15-member UN Security Council agreed that the African Union should maintain its troops under Amisom until March 14.

For a frontline mission, AMISON soldiers usually serve for only one year. The contract, however, might be extended by a few months or cut short. 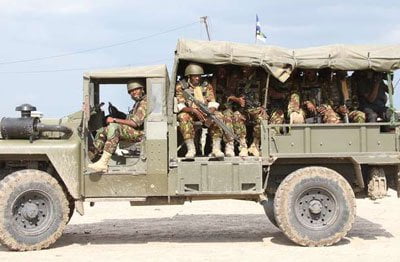 According to estimates from a reliable source, the international community pays Sh112,052 for each soldier per month. Then their governments deduct about Sh21,800 for administrative costs.

With the above estimates, each KDF soldier serving under AMISON takes home about Sh87,200.