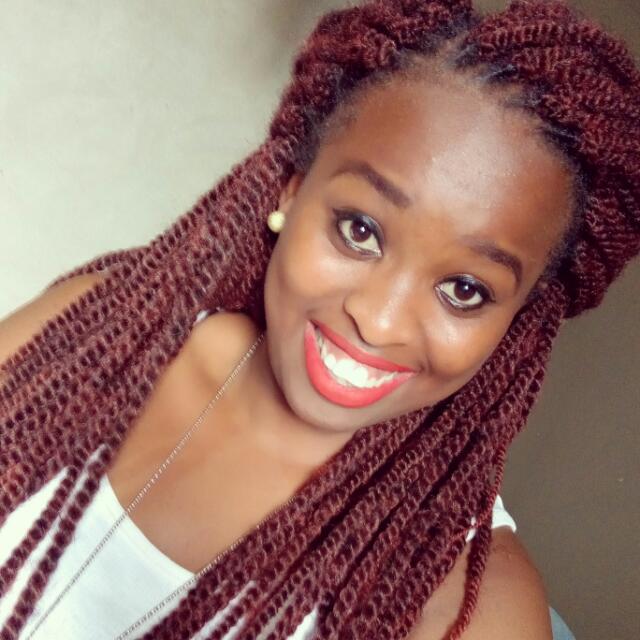 The seed which idiots like Maina Kageni and Churchill Ndambuki planted by glamorising the concept of “sponsors” has germinated and is growing well, poisoning the minds of young girls in Kenya.

A student of the Jomo Kenyatta University of Agriculture and Technology (JKUAT), has been exposed as wrecking homes and spreading sexually-transmitted-diseases (STD’s).

Luciah W. Kamau (Lulu) is on the spot after being contacted by William Nyariki’s wife, pleading with her to stop having an extra-marital affair with the family man.

The young girl seems to be vying for a seat in the student body elections, thus requiring the support of the Dean, so as to be successful. He is said to have been funding her campaigns.

Many campus girls of weak morals have fallen prey to the sponsor-euphoria, spreading their legs to men who show slight financial viability. This has in-turn increased prevalence of STD’s, due to the multiple partners on both sides.

The girl in question has had 4 abortions meaning that when she eventually settles down in marriage, she might have birth-related complications.

While other campuses have grown exponentially, JKUAT has been wrecked by corruption and poor management. The Vice Chancellor is said to be extremely corrupt, where the billions of shillings in annual allocations from the Government, are embezzled by him. 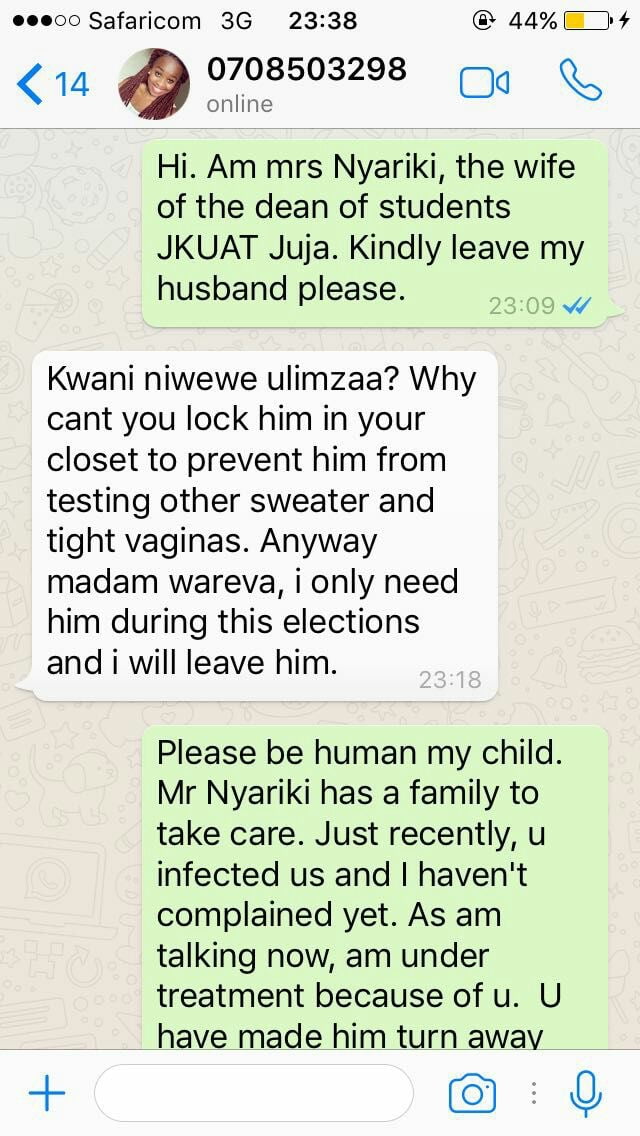 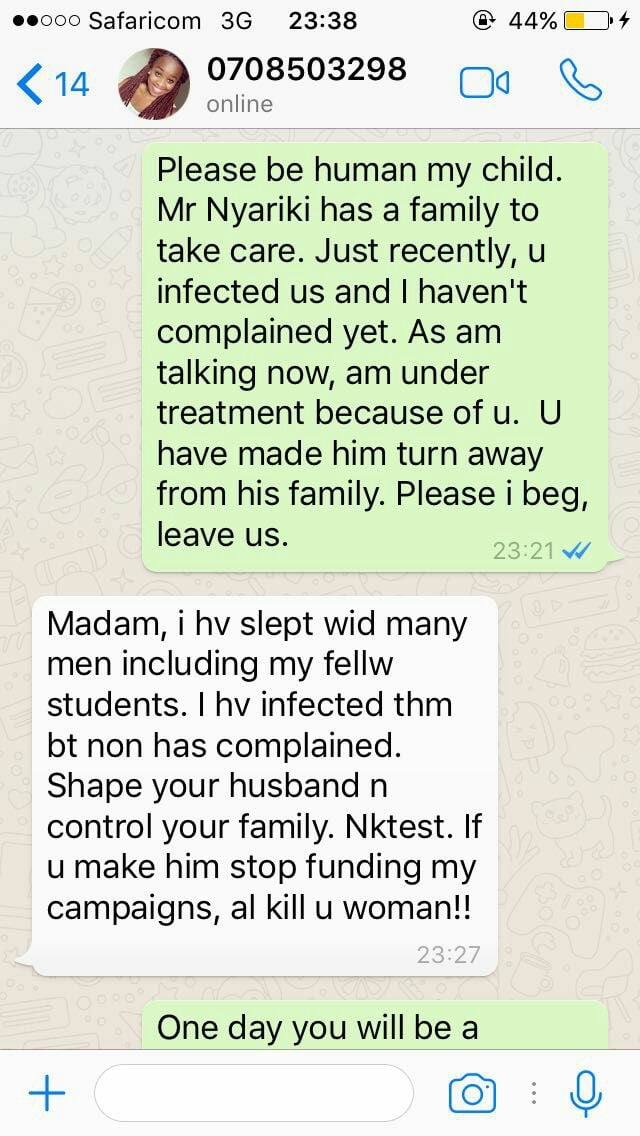 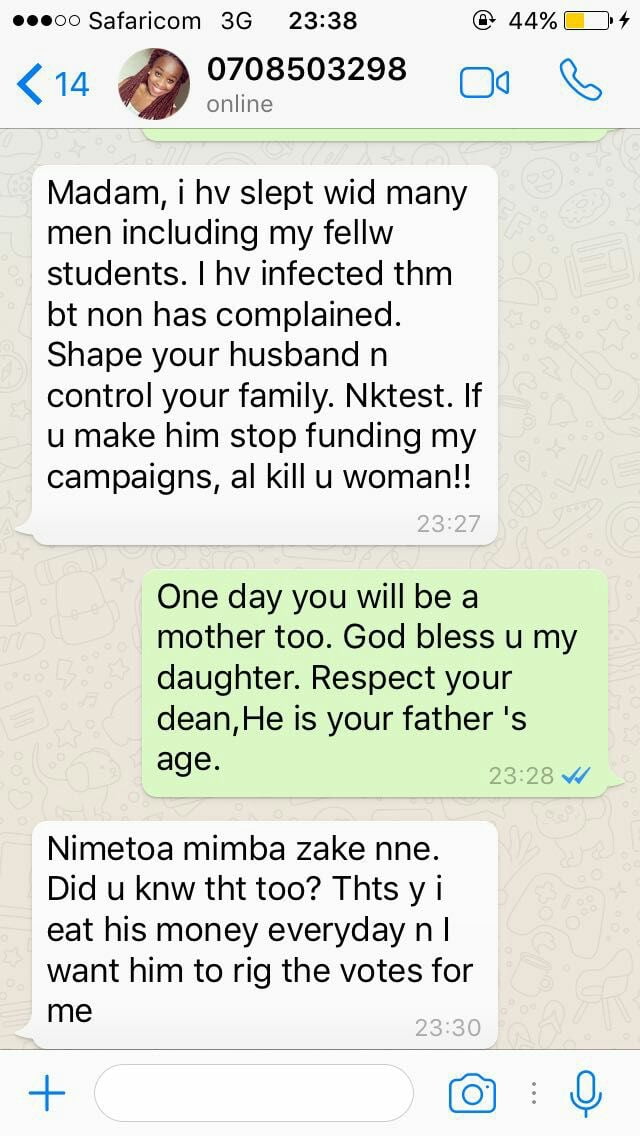