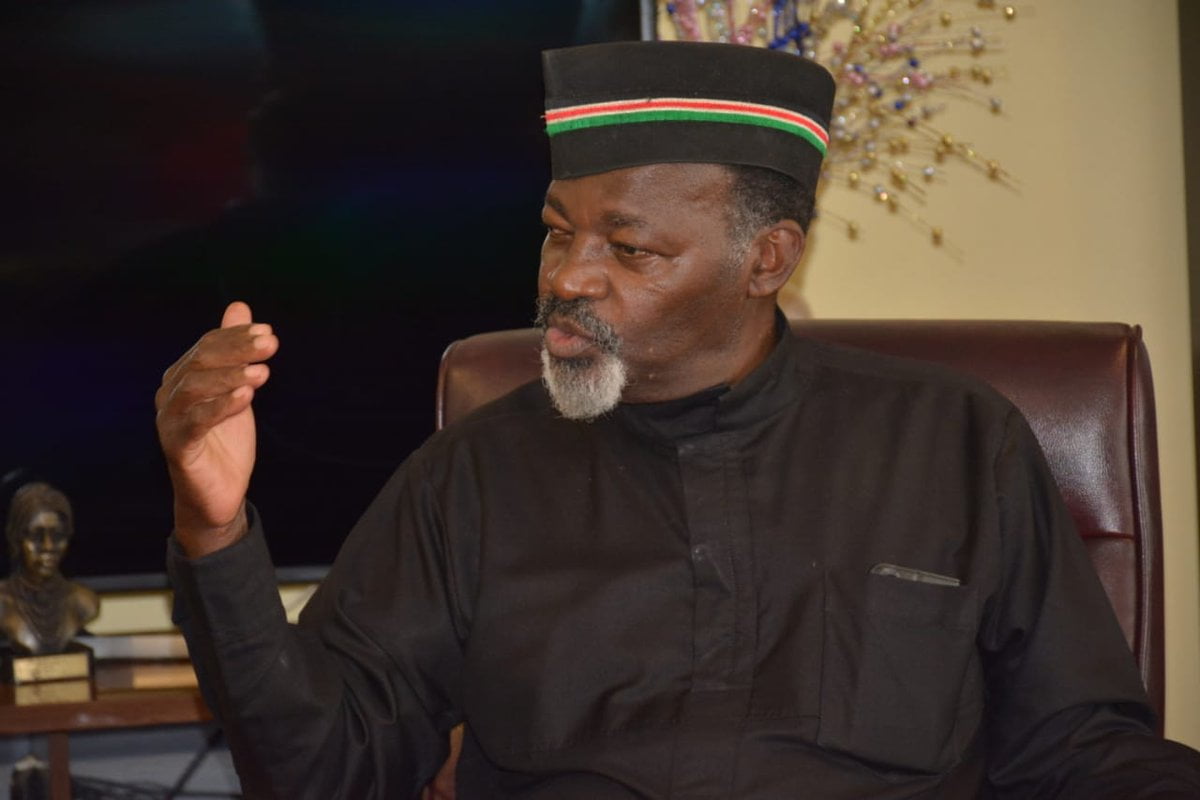 Kiama Kia Ma is the cultural pillar of the Kikuyu Council of Elders, whose other pillars include economy, politics and social welfare.

Through a press statement on Wednesday, the council announced that Captain Kung’u is no longer their member and does not hold any position of leadership forthwith.

They also warned that he is not allowed to represent elders of Kiama Kia Ma, nor attend, oversee or participate in any Gikuyu cultural ceremony, citing it as disciplinary action against Kung’u over his gross misconduct of falsely misrepresenting himself as a “Patron”.

A position which according to the group does not exist in Kiama Kia Ma.

Additionally, Kung’u is accused of among other things, intimidating, being deceitful and disrespectful to members.

“This is a disciplinary action that has been taken due to gross misconduct, misrepresenting Kiama as a “Patron”, a position that does not exist in Kiama Kia Ma constitution, intimidating elders, deceitfulness, impersonation and disrespect. Specifically, on the 15th Mar 2021, he went to a media house and in a live show insulted all elders of Kiama Kia Ma, disparaged the leadership of Kiama kia Ma and used unacceptable language, innuendos, character assassination, malice and casting aspersions on the leadership of Kiama Kia Ma,” read the notice in part. 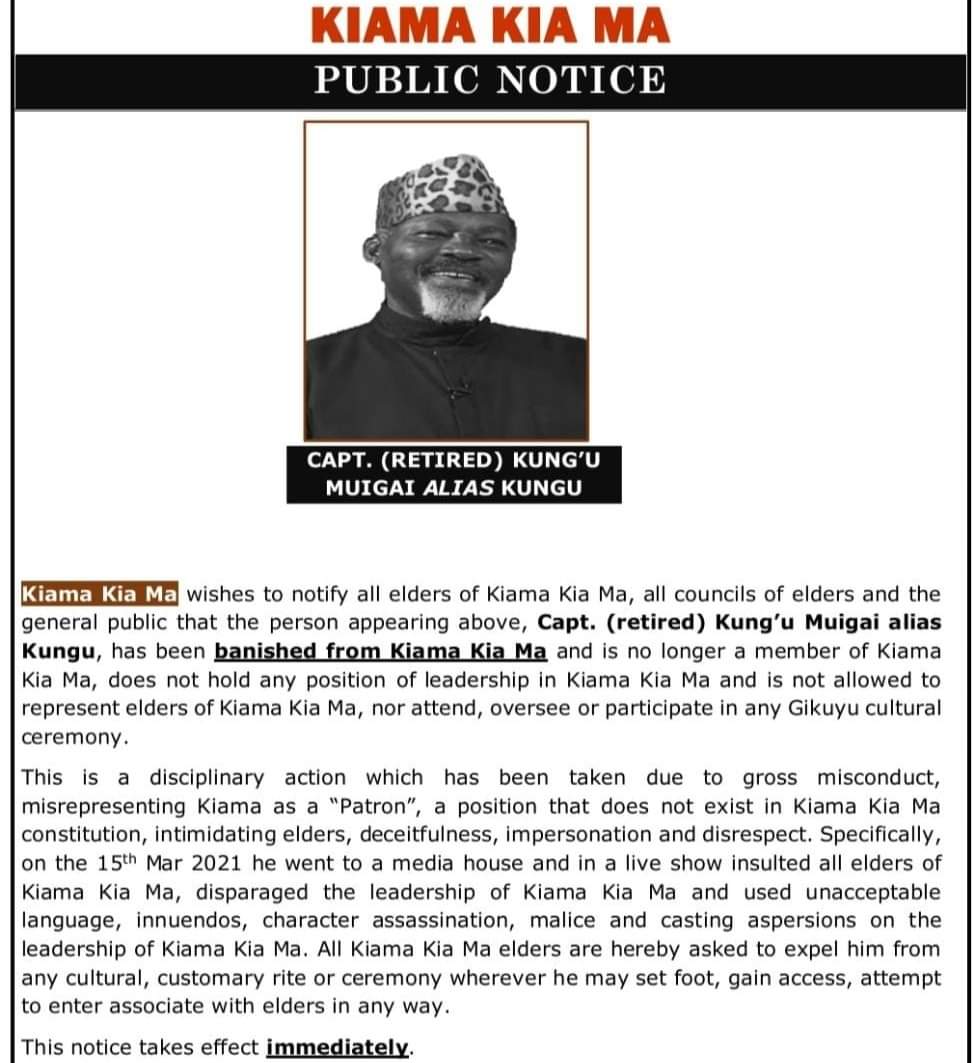 CAPTION: Full statement by the Kiama Kia Ma council of elders regarding Captain Kung’u’s banishment from the group

This development comes just days after Kung’u had an extensive interview with a local publication where he made a few controversial claims.

For instance, he spoke of how the Gikuyu community should go back to the root and dispose of the dead as fast as possible.

He said that traditionally, the Gikuyu people couldn’t touch the deceased.

He also publicly declared his wish to be buried immediately after death in a funeral service devoid of pomp and colour.