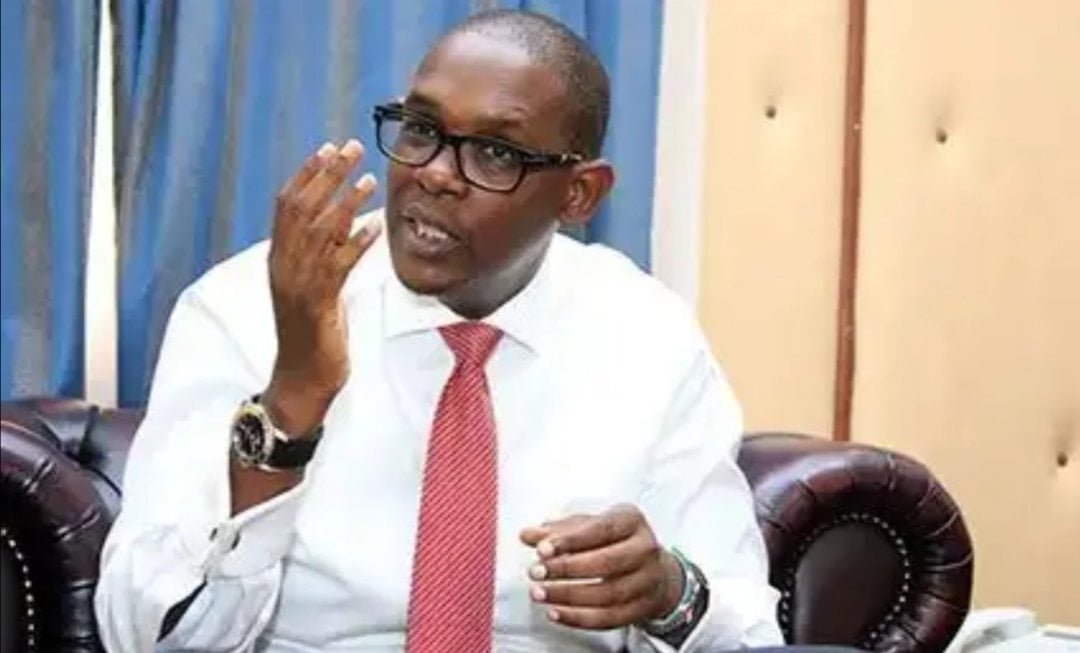 Former Safaricom crook and current Chief Of Staff Nzioka Waita has come out to defend President Uhuru Kenyatta’s numerous foreign trips stating that it so done for the goodwill of Kenya.

‘One of President Kenyatta’s duties as Head of State is to position Kenya as a force for good & a thought leader in the community of Nations. A duty he has discharged extremely effectively. Foreign travel to advance Kenya’s agenda and sphere of influence is simply part of the job’, Nzioka posted on his social media pages.

President Uhuru Kenyatta has had 31 trips in 21 months, the star reported.

The Daily Nation in August stated that Uhuru has made over 90 trips in 6 years.

Match this with Mwai Kibaki’s 33 trips in his entire 10 year reign and you know that Uhuru is indeed a tourist in Kenya.

Nzioka is defending a man who has made numerous trips to go and improve the standing of the Kenyatta business empire.

Kenyans know that the Kenyattas don’t love them and that Brookside has a deal in Nigeria and Uganda courtesy of presidential visits.

Mr. Waita the Safaricom crook says that Uhuru’s visits improve in Kenya’s sphere of influence but he is wrong.

The video left President Uhuru Kenyatta among a few others from despotic countries in a pitiful position.

The video which is embedded below shows the crowd is silent when the names of Presidents of Chad Idris Deby, South Sudan Salva Kiir and Kenya’s Uhuru Kenyatta was called. Immediately the names of Ethiopian Prime Minister and Nobel Peace Prize winner Abiy Ahmed was called, the hall burst out with chants of celebrations.

That is much that Kenya has lost in terms of regional deal maker and strongest economy due to 7 years of UhuRuto’s kleptocracy.

One reply from a Twitter User Kevin Onjala stated ‘President of Kenya is a puppet handpicked by the west to serve their interests. A man with completely no ideologies to drive him. He stands to nothing, other than to represent incompetence, corruption and oppression’. And may I add, aiding the prosperity of Kenyatta family business.

This country is know for buying non-existent awards and paying billions to lobby for positions.

Of course paying is a global political game, but the miscreant gang that is UhuRuto have lost all credibility and have nothing to offer except finding peace in a handshake.

Why cant he use his CS's..Some of the trips are not beneficial,like the last week's Tokyo trip, he could have just dispatched his Foreign Affairs C.S to represent him…

Nzioka Waita is a former Safaricom Corporate Affairs Director. He was appointed as Uhuru’s Deputy Chief Of Staff in 2016.