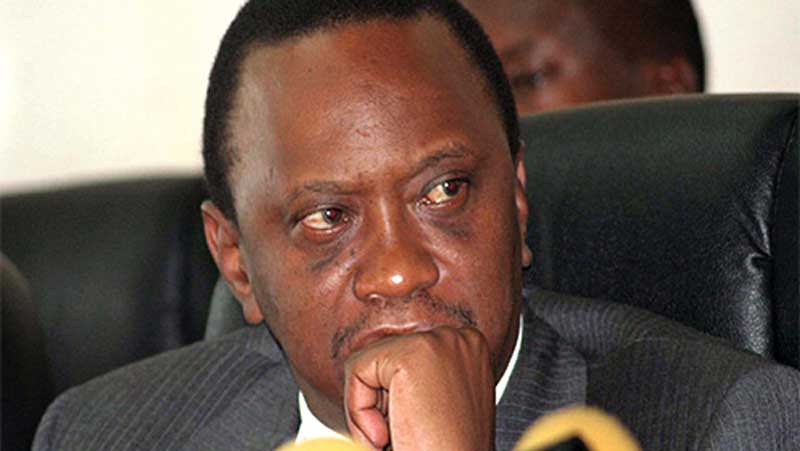 Reports reaching us indicate that President Uhuru is planning to replace the tainted National Hospital Insurance Fund CEO Geoffrey Mwangi, over many scandals that risk derailing his big-four agenda.

Mwangi is currently at the Muthaiga police station awaiting his plea ruling tomorrow after he objected to the charges brought forward by the DPP. He was arrested for trying to obstruct justice in  a matter where detectives are investigating a Ksh. 100 Million scandal.

National Hospital Insurance Fund has had many scandals and the president has been keenly following the happenings because the health sector is in his big four action plan . Apart from the Ks. 100 Million saga, detectives are also investigating other multimillion  scandals within the fund.

Health CS Sicily Kariuki also wants Mwangi to go because it is ”Hard to work with him”. Kenyans all over, are waiting to see if he will be fired just like the Kenya Power managers that were involved in graft.

Health CS Sicilly Kariuki in a letter to DCI’s George Kinoti lamented that auditors she had sent to the fund to probe some corruption scandals had received death threats and even trailed with one receiving direct threats from unidentified persons.

While at the National Assembly, NHIF CEO Geoffrey Mwangi responded to the Ksh. 400 Scandal allegations but no report has come out after the corrupt MPs were compromised as the state chest thumps that the war on corruption is on.

Efforts to arrest the top NHIF officials by DCI and EACC, a few weeks ago, were thwarted when DP Ruto called the detectives and told them to free the fellas, after holding them for over 4 hours as revealed by this site. Assured with protection from the DP, Mwangi because too drunk with power and even never wamted to cooprtate with detectives.

One big scandals  being probed too scandal, involved loss of more than Sh400 million paid out for a medical scheme for civil servants, police and prison officers. 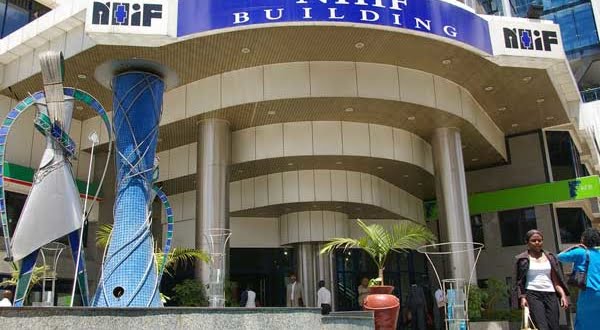 Senior NHIF management staffers have formed shell companies that they use to award themselves lucrative tenders and hide the monies in tax havens, as accountability institutions do nothing, focussing on harassing others in order to be politically correct.

Mwangi, who comes from President Uhuru Kenyatta’s stronghold of Central Kenya is said to be untouchable and has bought several plots of land using money looted from the fund, a fact asset recovery agency knows but ignores.

It remains a mystery why NHIF officials remain in office and the board remain unpurged amid serious corruption allegations despite the anti-corruption purge that has been ongoing.