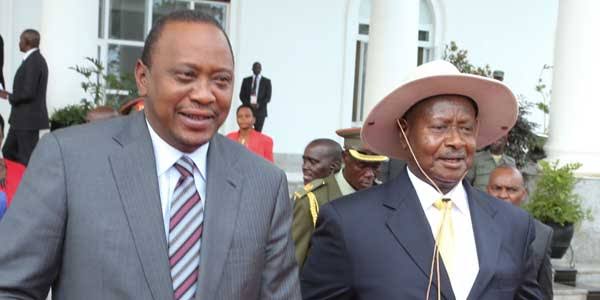 Kenya is set to offer Uganda land to build a dry port for its cargo in Naivasha as part of the joint SGR project push between the two nations.

On Wednesday evening during a dinner meeting between the two heads of state in Mombasa, it was agreed that Uhuru Kenyatta’s government would avail land in Nakuru County for Uganda to develop a dry port for its cargo.

“By August this year, the SGR will have reached Naivasha. I have confirmed to President Museveni that with that development in Naivasha and then moving the SGR to Malaba, goods will be able to move from Mombasa to Malaba in just two days,” said Mr Kenyatta.

Although details and terms of the offer were not immediately made clear, this move has been widely viewed as an effort at retaining and expanding the Ugandan cargo business and a form of reassurance on Kenya’s commitment to keep Uganda as its biggest client for transit cargo.