President Uhuru Kenyatta has ordered an indefinite closure of all bars  and there shall be no sale of alcohol in restaurants and eateries for the next 30 days.

Bar owners who fail to adhere will have their licences permanently withdrawn. “Licenses of bars will be withdrawn permanently if found operating,” Kenyatta said.

The President also announced that eateries will only be allowed to operate until 7pm. For the past 21 days, such businesses have been running till 8pm.

Kenyatta spoke at State House, Nairobi, when he also expressed his concern about surging numbers of covid-19 infections, notably in Nairobi.

Noting that the low rate of fatality is giving Kenyans false comfort that the pandemic is not serious, the president urged kenyans adhere to laid health protocols and observe restrictions. Citizens should hold each other accountable.

”None of us wants to mourn who would have survived if not for our actions. The power is in your hands. We are the ones who have the power to save.” Kenyatta said. 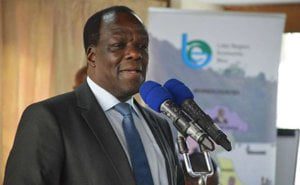 Earlier before the summit meet, governors had called for a lockdown to combat the rise in infections, but later shifted their stand.

Health experts had said it was upon the county chiefs to manage cases as they arise.

County bosses have thus concluded there would be no need to restrict the movement of people, especially into and out of Nairobi.

Health experts now feel that the effort to manage the virus should squarely be left with the governors who are against restricting movement in and out of hot spot areas like Nairobi.

In this article:Coronavirus In Kenya, President Uhuru Kenyatta, Wycliffe Oparanya