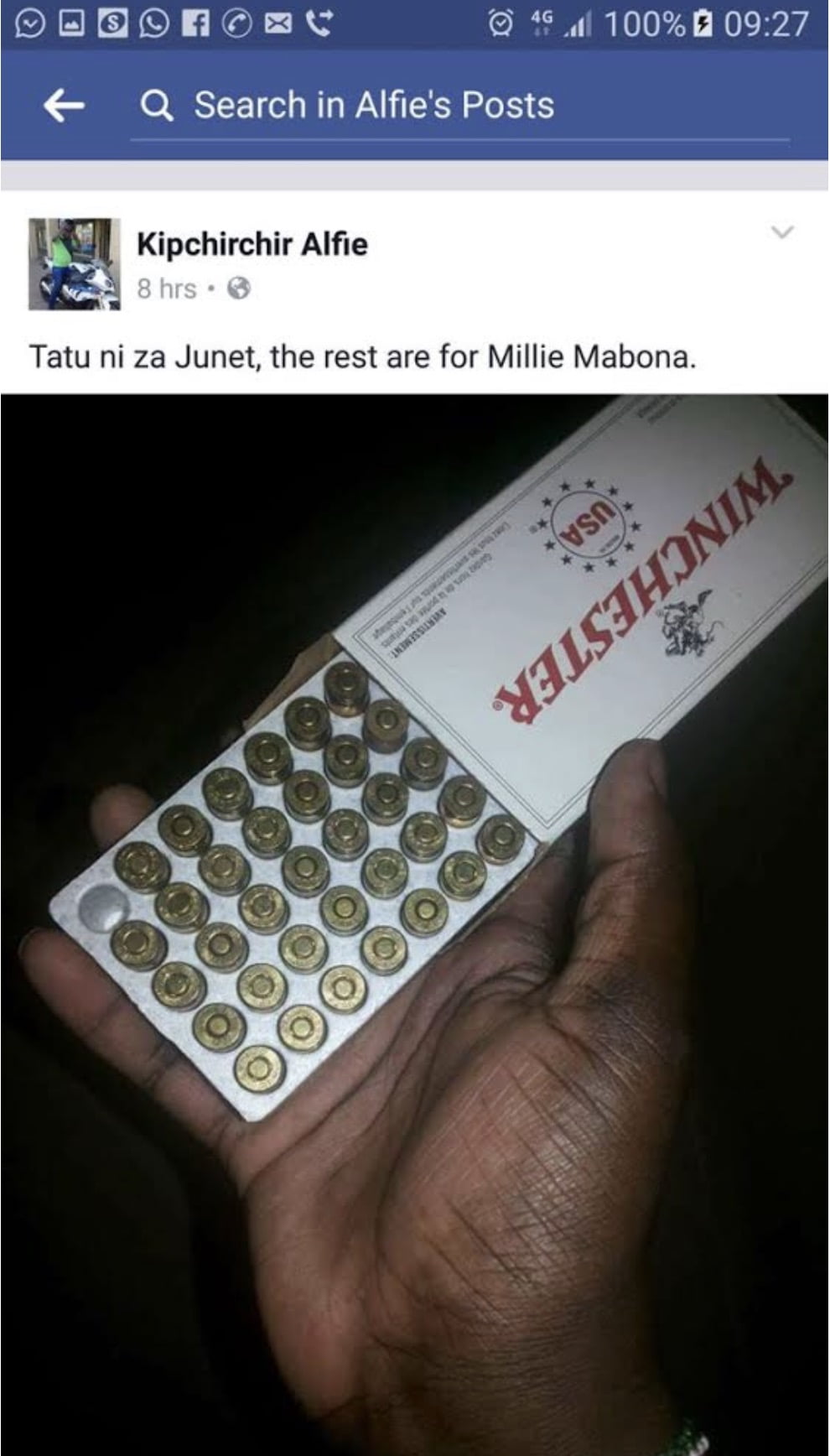 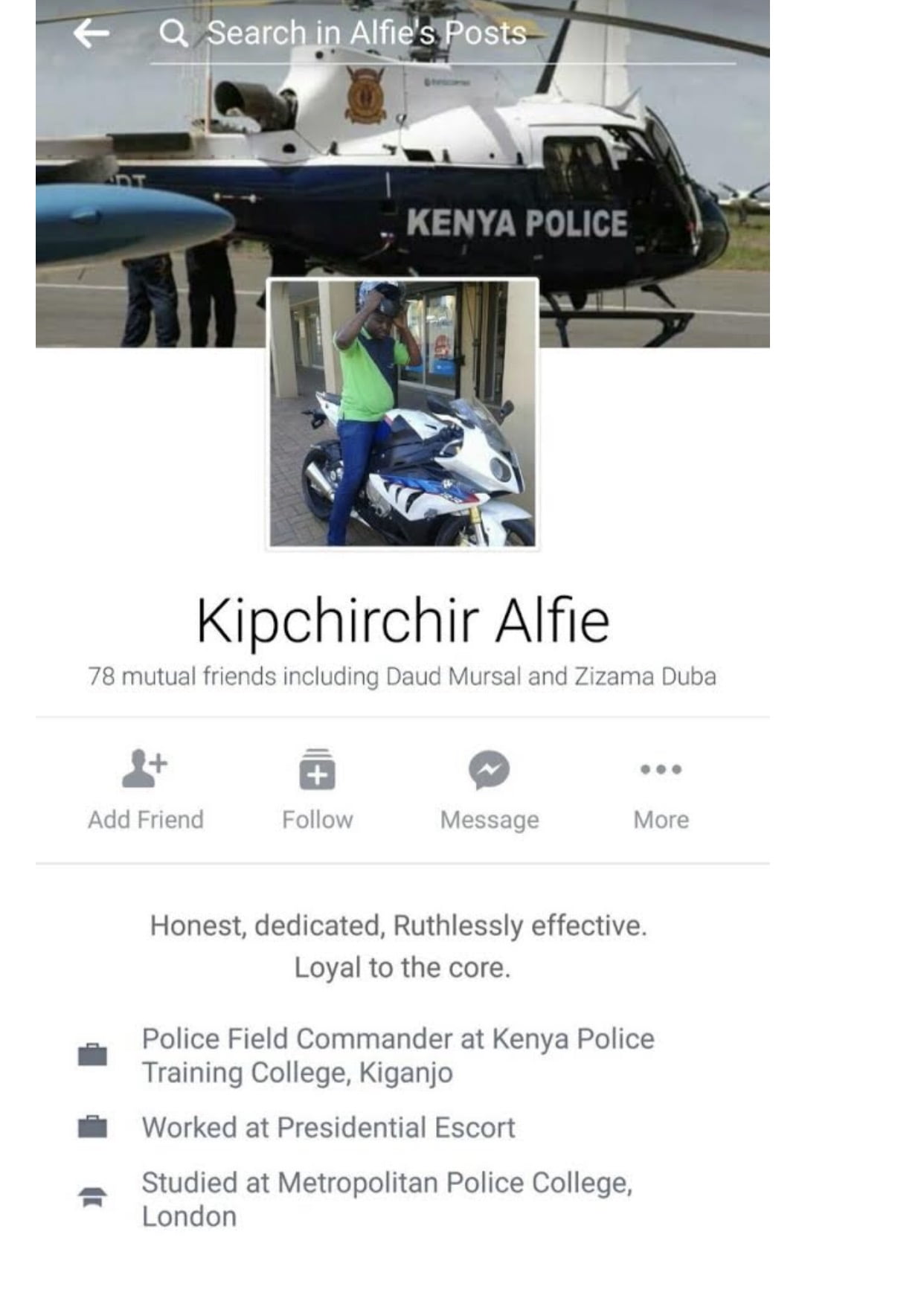 A Presidential Escort officer Kipchirchir Alfie who now works as a instructor at the Kenya Police College Kiganjo, has revealed on his Facebook page, bullets that will be used to assassinate CORD MP’s Junet Muhammed and Millie Odhiambo.

The sensational revelation was contained in a dramatic Facebook post today morning, showing that indeed, witnesses in the ICC case involving President Uhuru Kenyatta and William Ruto, were eliminated by state-sponsored assassins.

Jubilee is desperately attempting to alter election laws so as to facilitate voter fraud, and have identified the two as stumbling blocks in their bid to steal the 2017 elections.

Uhuru must be sensing defeat, especially since both he and Ruto are not guaranteed 100% of their strongholds as was the case in 2013.

The threat to murder dissidents and contrarians by a police officer, comes in the wake of the murder of the Russian Ambassador to Turkey, by a Police officer and member of a special police unit.

That this Kipchirchir can post that threat, with a clear reference to his place of work (Presidential Escort) only betrays the sentiments of Uhuru, who might be exploring that option.

The threat cannot be take lightly as Jubilee has been accused of murdering many people since 2013 including Mutula Kilonzo, Otieno Kajwang, George Thuo, Jacob Juma, Meshack Yebei and Bogonko Bosire. Even George Saitoti was said to have been murdered by actors allied to Jubilee.

But can Jubilee murder everyone? Or do they want to subdue the opposition?

We shall fight to preserve the democratic space which our forefathers tirelessly laboured for. Those spoilt brats born with a silver spoon like Uhuru, who have never seen struggle, should stop delusions of curtailing the freedoms we endorse in the new constitution. 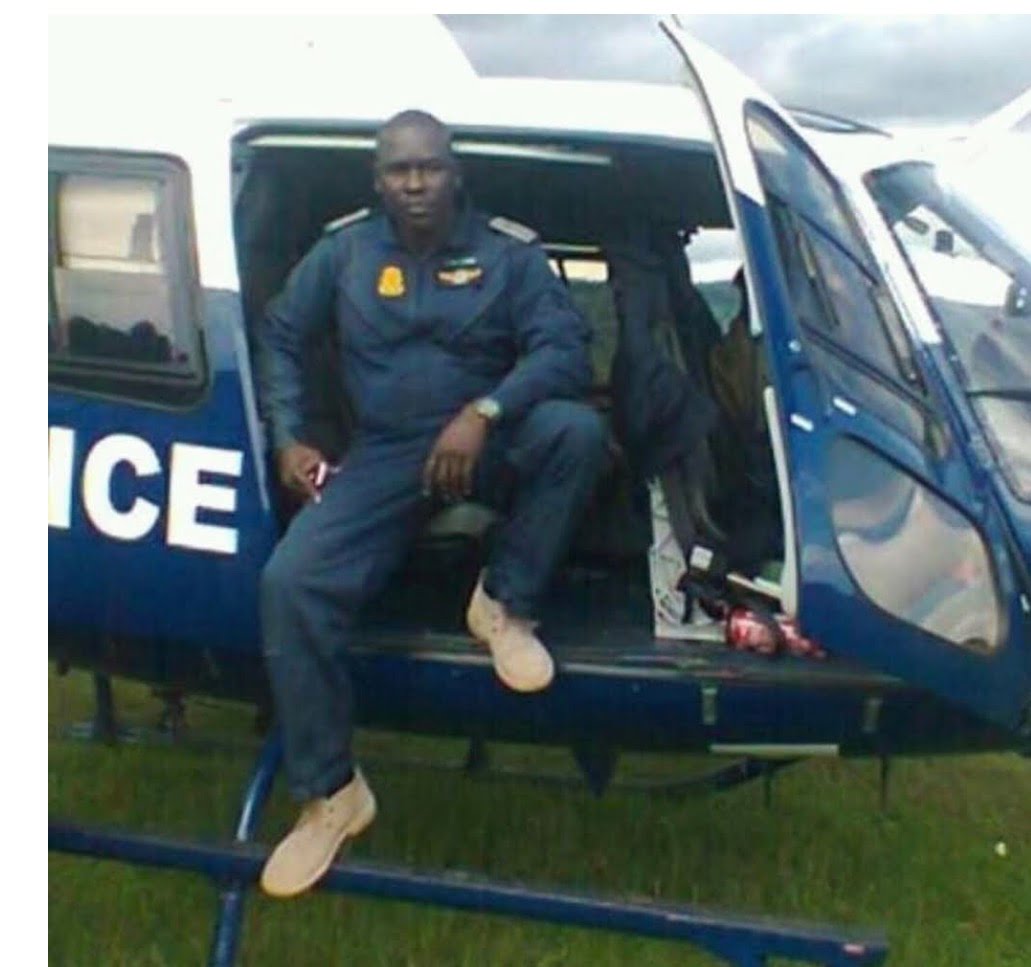 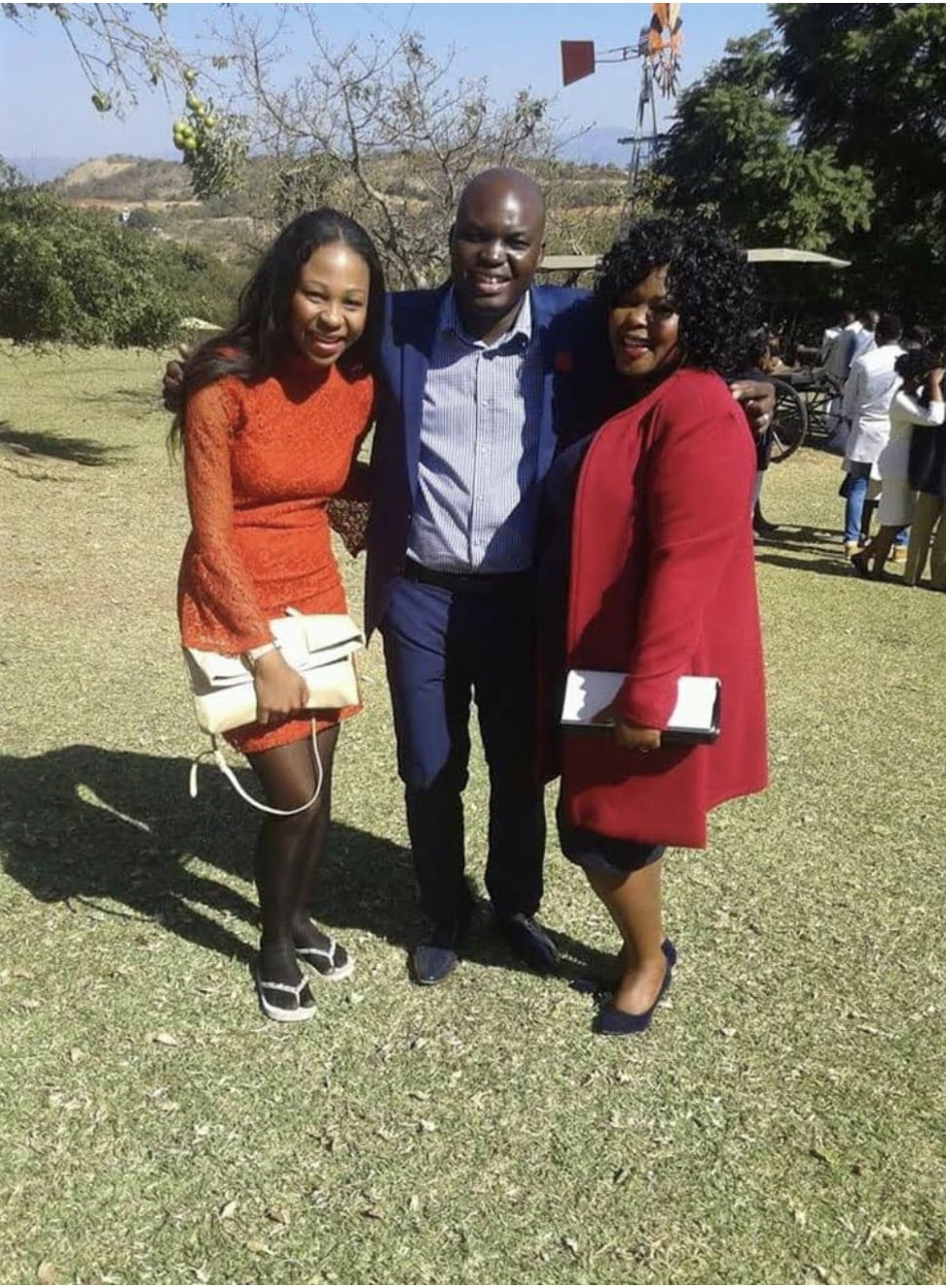 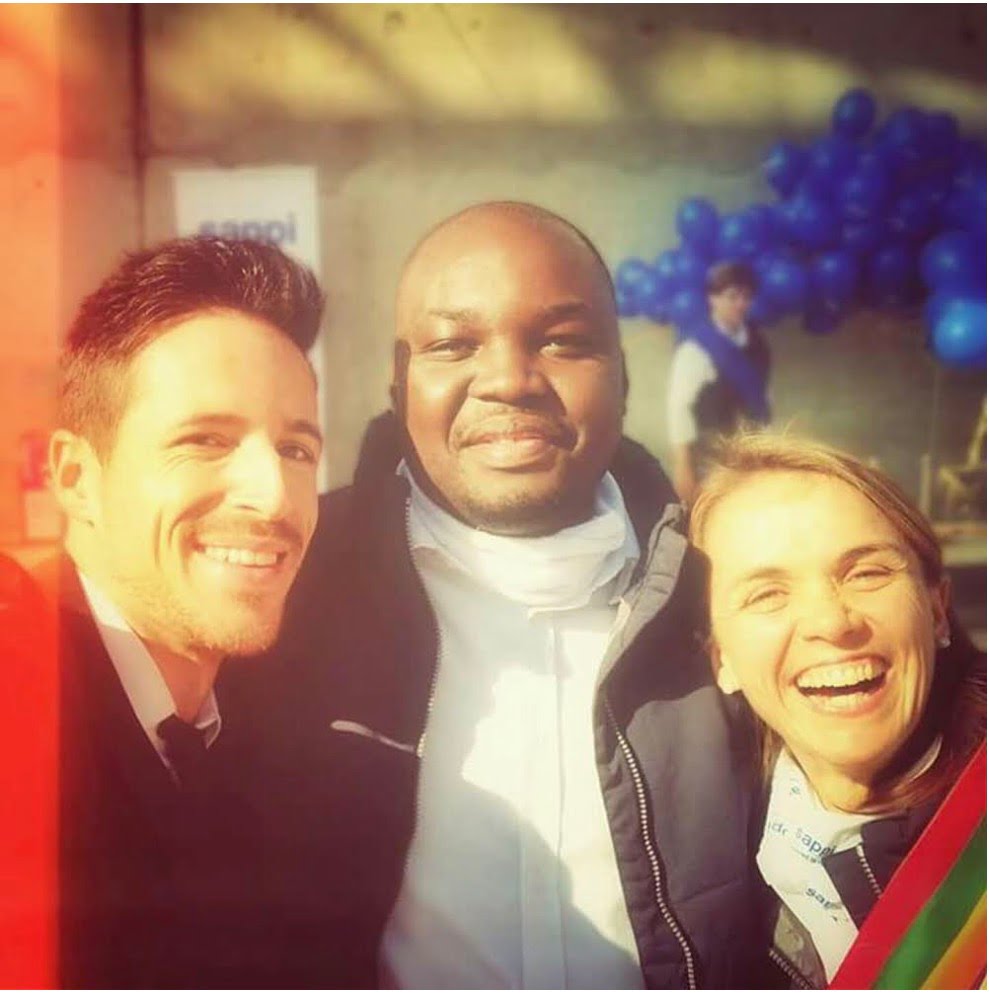 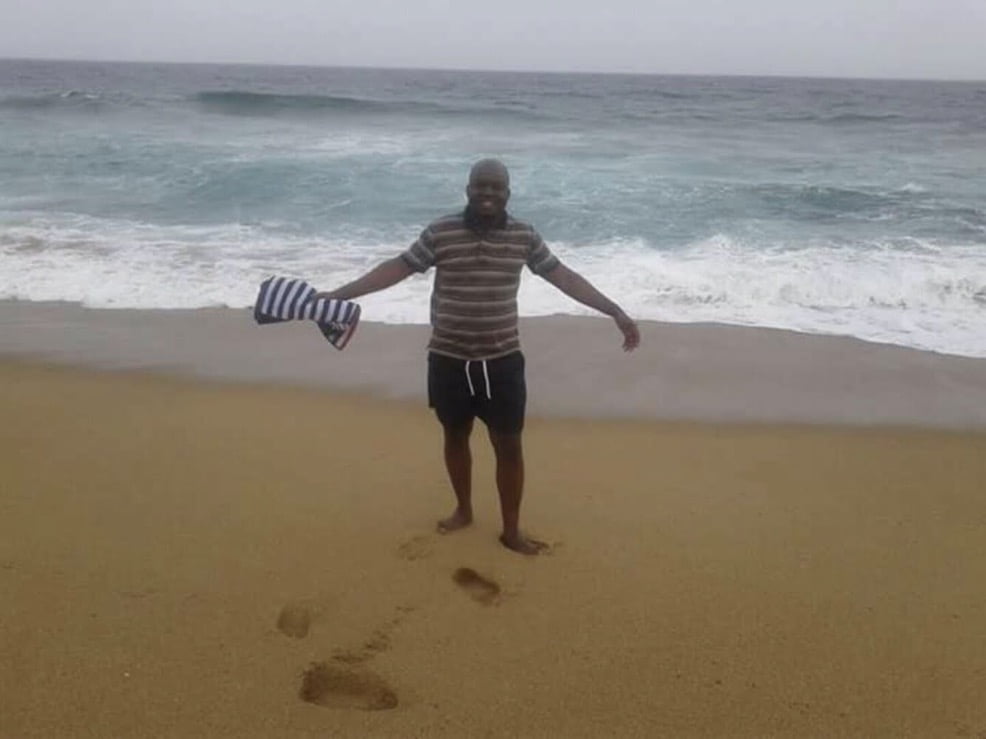