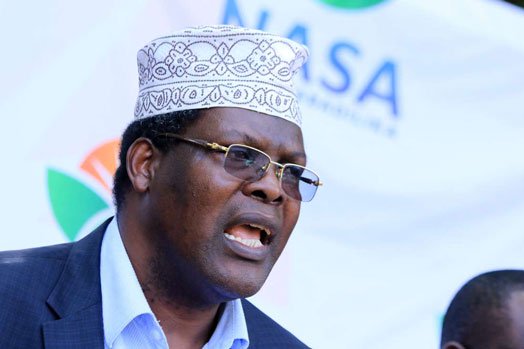 According to Miguna, there is no single meaningful project that Uhuru Kenyatta has implemented in the last 7 years, with all of his attempts failing miserably.

An unapologetic Miguna therefore concluded that Mr Kenyatta was nothing but an incompetent drunkard and drug addict.

In a response to those that have been asking Miguna to be nice and kind to Uhuru so as to secure a flight back home, Miguna said that they “either lack basic common sense or have decomposed brains”.

He insisted that Mr Kenyatta neither owns Kenya nor the rights of the citizens and that like every normal citizen, he must obey the constitution.

Miguna finished off by telling Kenyans that they should not expect God to descend from heaven to deliver basic services to the people and that the only way that can be achieved is if Kenyans fearlessly fight for their freedom.

FACT: There is no useful project – not a single one – that @UKenyatta has implemented in 7 years. Not one. The SGR, NYS, Lap Top, Lifestyle Audits, Repararian lands – name it. @UKenyatta is an incompetent, drunkard and drug addict. #TuesdayThoughts https://t.co/8R4L3dgPrX

People asking me to be "nice" to the tyrant @UKenyatta so that I can return to Kenya either lack basic common sense or have decomposed brains. @UKenyatta does not own Kenya, the Constitution of Kenya, me or the rights of citizens. He must obey the Constitution like everyone else.

God won't descend from the heavens and deliver basic services to the people, nor will He stop @UKenyatta, his fellow murderers and looters from torturing, maiming, killing innocent Kenyans or stealing elections and our resources. We must do that by fearlessly fighting for freedom