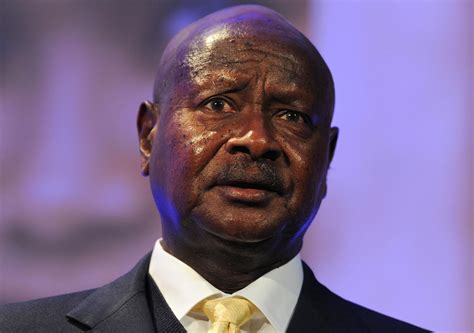 It is of no doubt that in the current technological world. Personal data is something that is becoming more and more valuable each and every day, not only to tech giants like google and Facebook but also to various organizations like the ‘spying agencies’.

When personal information such as passwords, National identity number, emails, telephone numbers, home addresses, financial records, health records among many others lands in unauthorized hands it can really cause great harm to an individual status.

Last week Uganda made a huge step towards securing their cyber space. This came after Uganda’s president Yoweri Museveni assented to a data protection bill that is highly speculated to go a long way in securing its citizens valuable information against unauthorized use or access. Something that countries like Kenya which is highly regarded as a digital hub within the African continent has failed to achieve.

The bill which was presented before Uganda’s parliament by the Minister for Information Communication Technology, Frank Tumwebaze, was adopted on December 6th 2018 and signed in to law on February 25th 2019.

The bill has given a clear mandate to the National Information Technology Authority of Uganda (NITA-U) to protect its citizen’s personal data against misuse by unauthorized personnel or government agencies.

“The law provides the much-needed protection for personal identifiable information which is key in this digital age. It provides important safeguards that will protect Ugandan citizens as they use online services,” said James Saaka-NITA-U Executive Director.

While addressing local media stations, James further adds that the law will play a vital role in securing trusts of foreign investors. Saaka explains that various investors had expressed fears of sending their companies private data to Uganda that will probably end up falling into wrong hands due to absence of data protection laws.

“This law also provides many avenues to facilitate growth in the IT sector. A good example is the Business Processing Outsourcing industry where the law makes it possible for Ugandan players to comply with international standards, improving credibility and customer trust, which inevitably leads to more business,”

Among others, the bill will now require Uganda’s telecom companies such as MTN to protect the privacy of its users personal data.