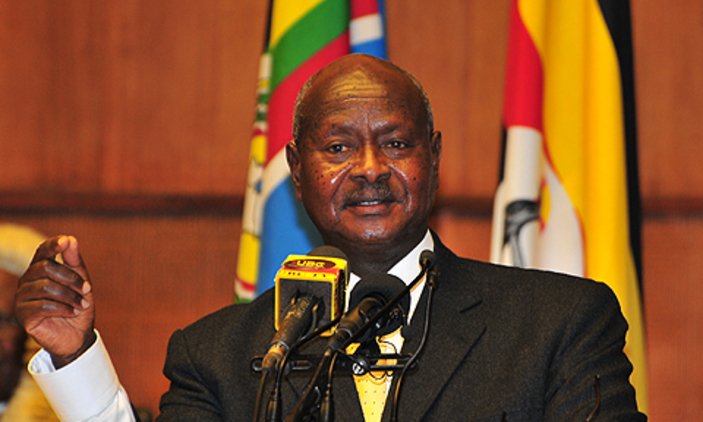 Ugandan President Yoweri Museveni looks to be on course for a sixth term after the nation’s ruling party National Resistance Movement [NRM] through the party’s top most organ, the Central Executive Committee or CEC, endorsed the 74 year old as its presidential flag bearer for the 2021 polls.

There was suspicion that the man who has been in power for 33 years would seek a sixth term after he supported a controversial amendment bill that seeked to remove the 75 year presidential candidature age limit.

The passing of the bill which is now law in Uganda means that Yoweri Museveni is free to seek his sixth re-election.

Ugandans have not received the news very well but their is a glimmer of hope that young parliamentarian Robert Kyagulanyi Ssentamu popularly known as Bobi Wine who has recently been a fan favourite in Uganda will go for the top seat and attempt to topple Museveni.

Citizens are also weary of the fact that Museveni might influence the 2021 elections to his advantage like he has previously been accused of doing.