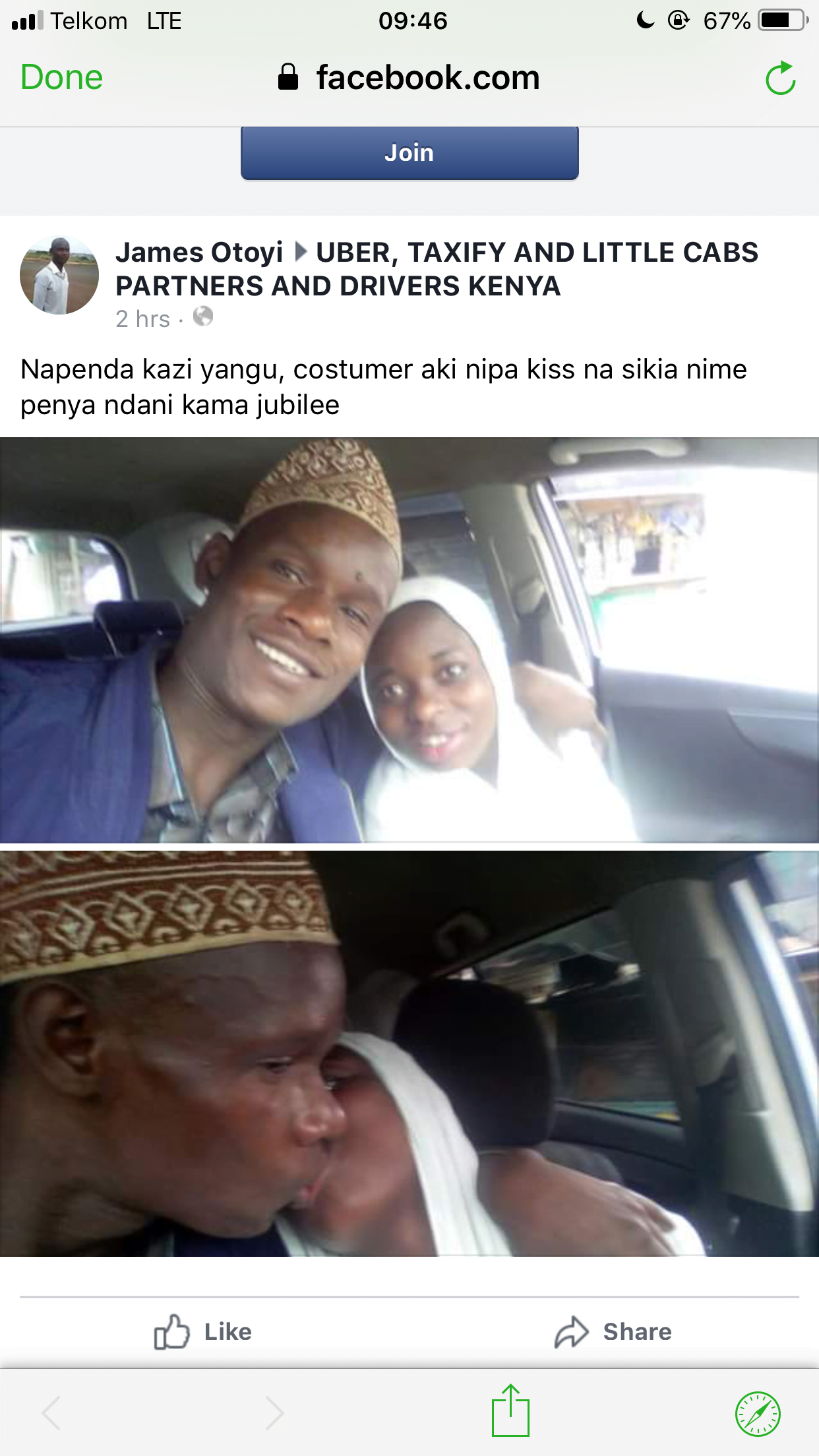 An Uber driver has been bragging online about Kissing a client on social media in what that can be regarded as the worst form of unprofessionalism. The client, according to some social media users, looks underage- Something the editor of this site Cyprian Nyakundi cannot independently confirm and welcomes detectives to probe.

A spot check on his Facebook account reveals a very unprofessional person in his work, exposing the tax hailing companies that may not be doing enough background check on their drivers.

The driver has also posted a photo of a client he was dropping somewhere, even posting on his Facebook account that the client was going to Moyale to see a woman, as per his phone conversation. 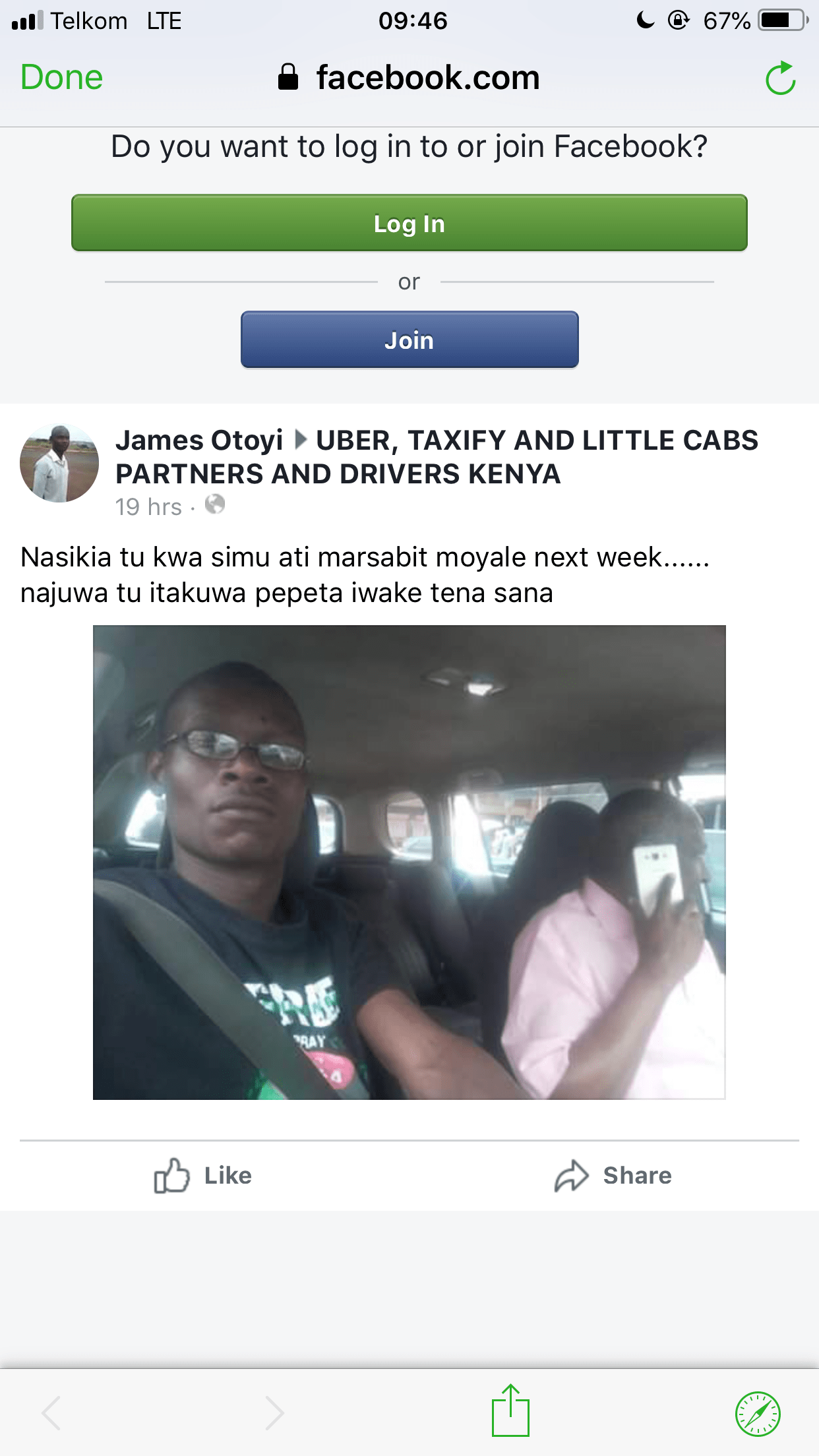 After one social media user told him to stop posting client’s photos online, the unshaken James Otoyi told him to go and report at the nearest police station, if he cares.