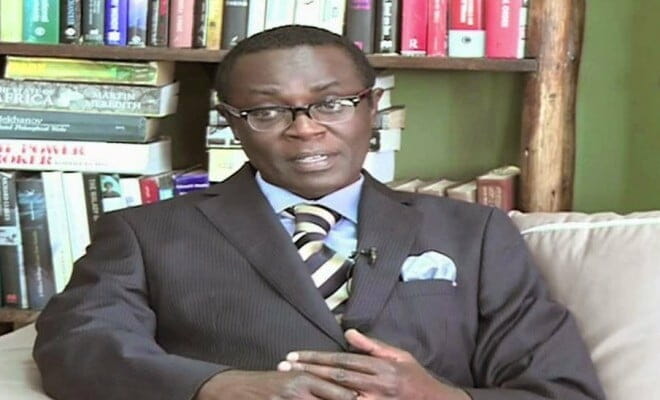 Today,  Mutahi Ngunyi tweeted a threat to the Star Newspaper threatening to sue them for apparently exposing him .  This is after the star did an investigative piece exposing how Mutahi’s firm was paid 38 Million for consultancy services . Let me delve in and show you what the star reported .

The same documents show that Mutahi Ngunyi of The Consulting House has been paid Sh38.9 million for consultancy services for the implementation of the NYS 5-point Vision strategy.

Ngunyi received Sh25 million (Sh12.5 million each) as quarterly payment while he received Sh10 million on May 27 and another Sh3.9 million on the same day as reimbursement costs while implementing the 5-point Vision strategy.

A furious Mutahi Tweeted threatening to sue the star newspaper but Kenyans feel that it is prudent he goes ahead so that we can know how he won this tender and the Value of his company . Did he win the tender on a competitive basis/bidding  ? That is the question in every Kenyan mind .

I will SUE the Star for UNDER-REPRESENTING the worth of our company. 38M is a cheap consultancy for a security think-tank in 18 countries.

I will SUE the Star for UNDER-REPRESENTING the worth of our company. 38M is a cheap consultancy for a security think-tank in 18 countries.