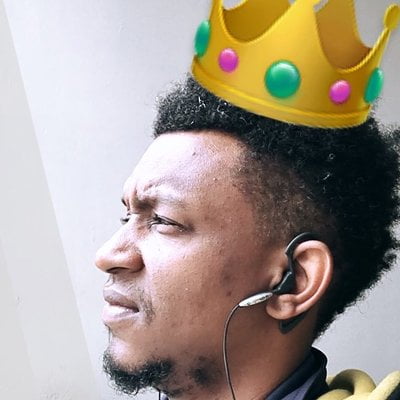 The sanctimonious and self-righteous hypocrite of Twitter has been exposed today. Ramzzy who got his fame by feigning sympathy for women in “conflict” has been in the bandwagon calling for sacking of men to be sacked if they misbehave online.

Infact, Ramzzy has more often than not criticised me as being “shit” since he thinks that he’s God’s gift to Twitter. Because he has a job, he forgot that he was the shittiest scumbag on KOT and started acting as if he was some said, trying to warm his way into the hearts of toxic feminists. 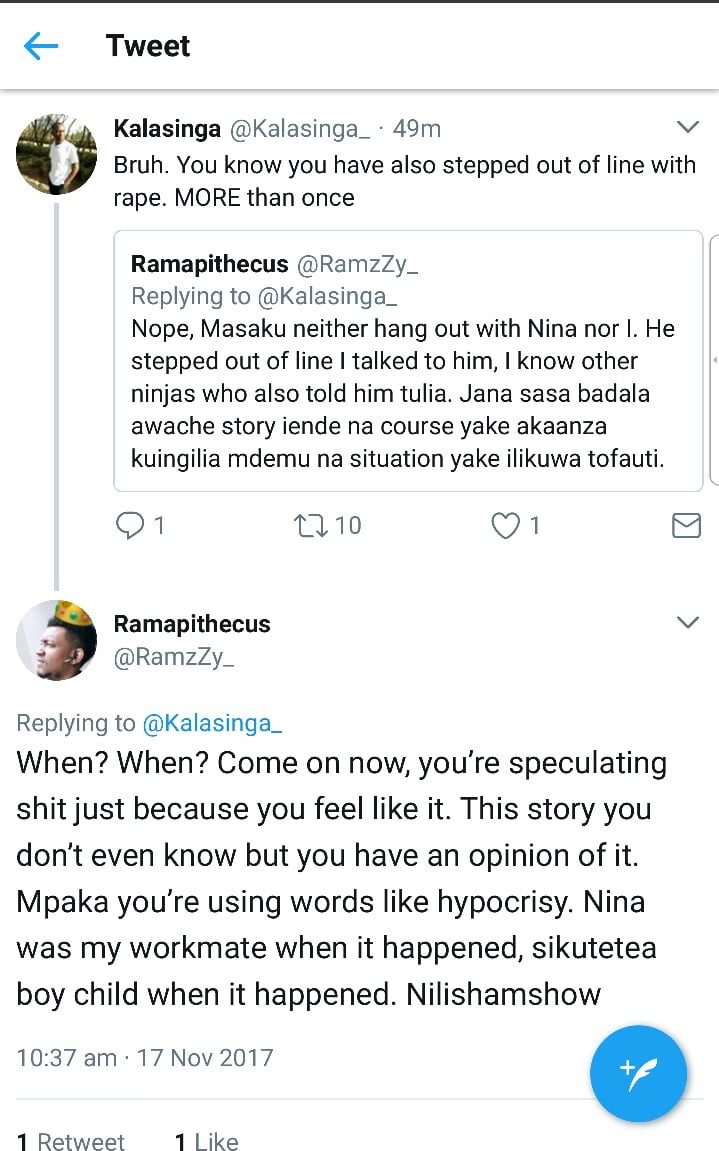 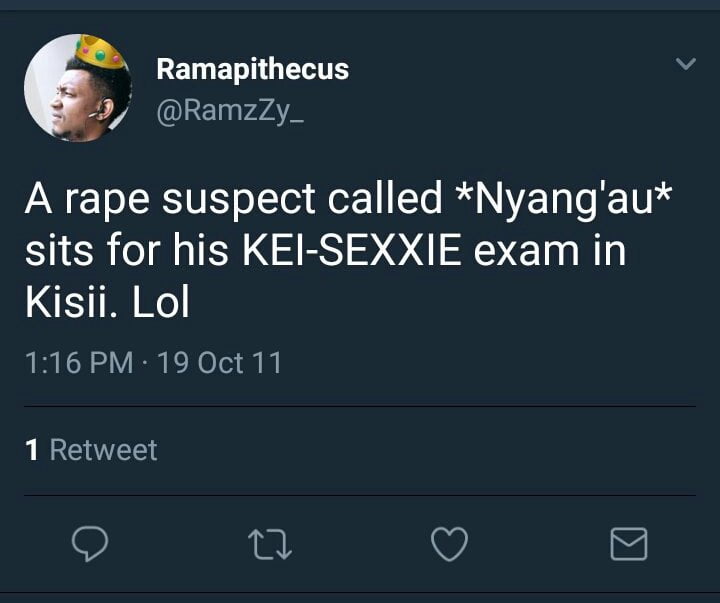 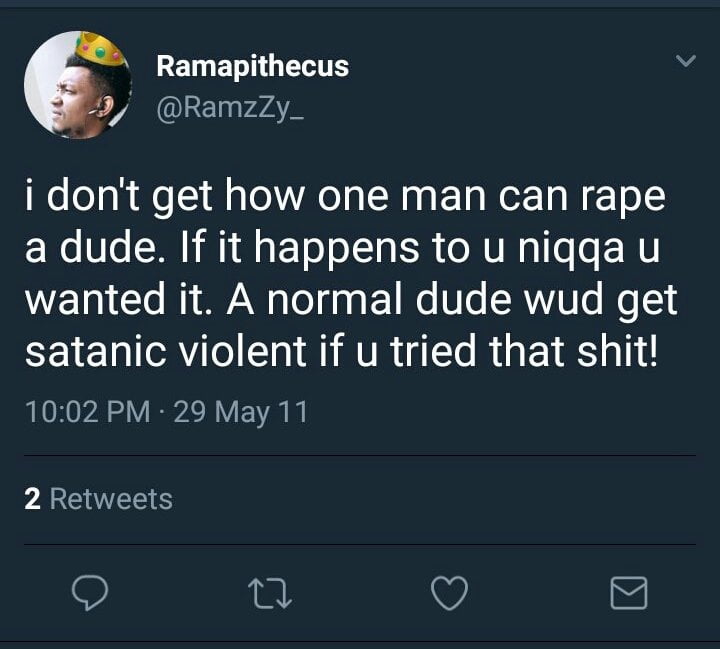 CAPTION: In 2011, Ramzzy was throwing rape jokes around. These days he likes acting like the custodian of the feminist movement, all in a bid to score cheap points and please a Twitter Hoe/socialite he “Married”. Such a disgusting fellow.

Ramzzy is a useless scumbag and Kenyans on Twitter should know that he plays to the gallery like a feminist or worse still a conman. They pretend to be holier than thou on Twitter, talking shit about other people and celebrating when others get into misfortune. He was giving other nigga’s stick for rape allegations, yet he himself is a fuckin culprit.

He resembles another feminist called Terryanne Kibiriti. This bitch was at the forefront calling on bona-fide dicksucker Ronnie Osumba, to sack a Kenyan called Ogeto, for apparently “making a joke about rape” . She rallied her fellow retarded feminists into blackmailing Peter Kenneth’s dicksucker into sacking our brother.

Terryanne Kibiriti whose ugliness has turned her into a bitter feminist preying on innocent girls, to indoctrinate them into buying the fake narrative that “Men Are Trash” was also featured on an international thread of ugly women, who have dedicated their days to talk all the nastiest stuff they can about men. 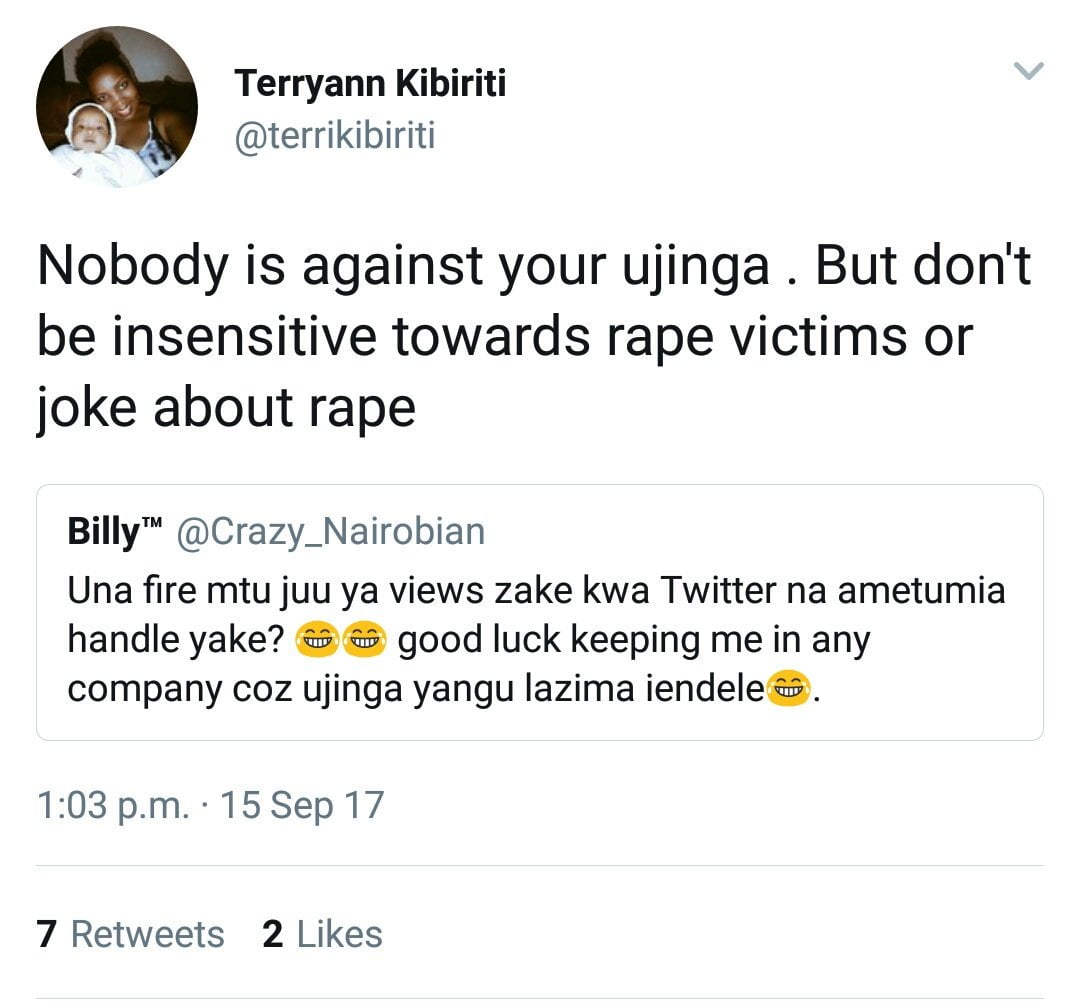 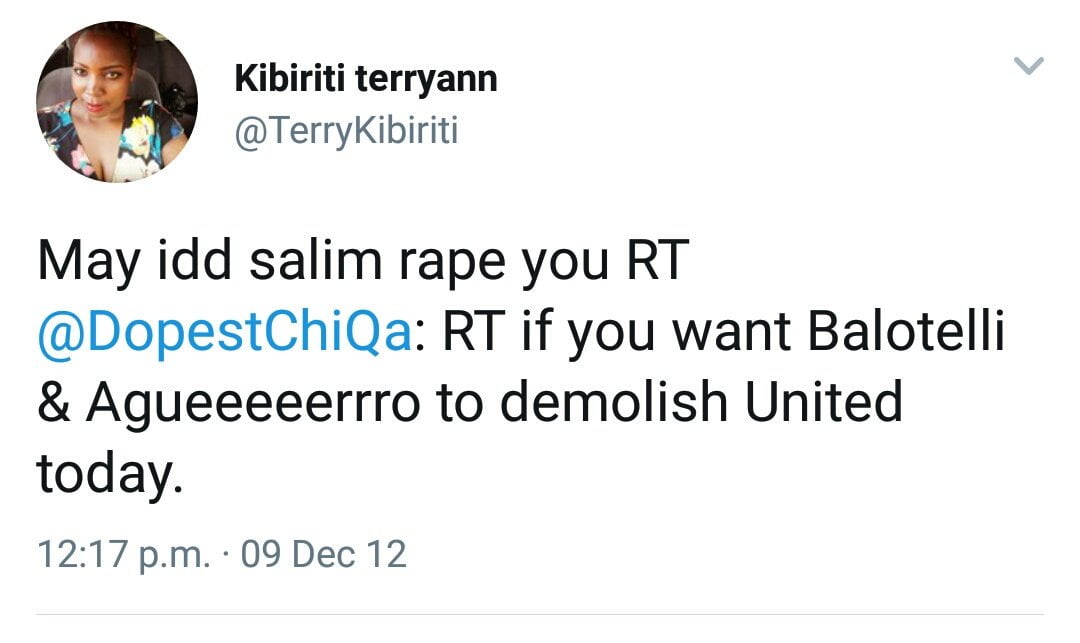 CAPTION: As you can see from the historical tweets, Terryann Kibiriti who champions herself as an anti-rape activist, targeting those who even make reference to it, is a culprit whereby she glorifies rape.

Other bitter and sexually-frustrated feminists who are characters that should be shunned are @BettyWaitherero and @RookieKE . These ain’t-shit bitches are so old, ugly, overweight and needy of male attention, that they’ve endeavoured to taint the minds of younger women with feminist crap.

But Rammzy is the biggest asshole of them all. He’s the type of scum to stay away from. We don’t entertain contradiction or pretenders. He has got to be the biggest bastard on Kenyan Twitter.