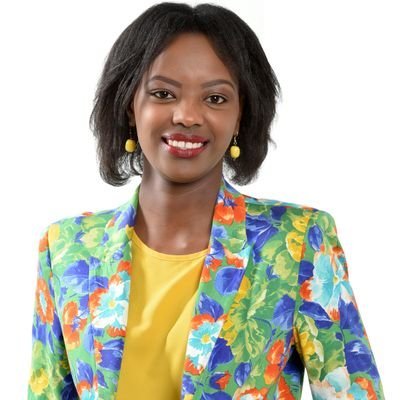 CAPTION: Samantha Maina of Ukweli Party. It’s still unclear why Githeri Media/Daystar retards haven’t invited her as a panelist to one of their mediocre shows.

Contrary to popular belief, not all women are rabid feminists and blind Uhuru Kenyatta sycophants. Not all women are dumb and without functional white matter between the ears.

Not all women are Slay Queens or Mpango Wa Kando’s. Some are starting to come out, to speak against the on-going injustice. What the media is trying to obscure, is finding powerful roots on social media.

This was a sham election and numbers being streamed in are all cooked. Anyone with a brain can see what’s happening. Look, Uhuru can fool some of the people some of the time, but not all the people all the time.

It is evident even members of the international community will not rubberstamp this buffoonery. And the “dialogue” myth that was for long propagated by Government, has been debunked with the low voter turnout.

Today I was stunned by a Twitter Thread posted by Samantha Maina of Ukweli Party. I decided to share it for the rest of the world to see, just how messed up Kenya has become.

And when the day of reckoning comes, she and the other few members of the aforementioned communities, who stood on the right side of history, will forever have their names remembered. For they represent the face of a new Kenya, birthed not by ethnocentric sentiment, but unity and progress.

Those two communities have show the rest of the country nothing but contempt. But only for a few more days.

November 1st opens a new chapter for Kenya. Welcome to the future ladies and gentlemen.

I write today with a heavy heart, trying to speak the truth that many of us have been conditioned to silence.

Our privileges are making us rationalize the despicable as acceptable. This is not about NASA or Jubliee it is about justice.

And specifically ballot justice. If the elections I’ve taught us anything it is that kenya doesn’t belong to Kikuyu or Kalenjins.

It belongs to Kenyans. The same Kenyans who refused to indulge a rogue process; This is their kenya too.

Consistent, repetitive and unpunished injustice has divided this country and it makes those in denial assume clinging to tribe, will be refuge; it won’t be.

Holding on to tribe because it’s ‘familiar’. Tribe creates a false sense of belonging and security.

Holding on to tribe is the disguise used to blind you to thinking that just because my person is power I am powerful too.

We’ve even begun to think that it is ok that Mungiki can come out and kill your neighbor in the name of justice for your tribe.

The consequences of injustice continue to manifest itself and these consequences know no tribe. Look at our healthcare system, education system versus the thriving tenderpreneur economy.

Look at the privatization of public services and how that creates exclusion.

Look at the flooding of foreign products in the country, that is killing local business. So our power is the vote we know it’s the vote but now with that 1 thing that I have you want to abuse it.

And you wonder why we protest?

You want to play musical chairs with the only thing I have that is of value? No I won’t let you!