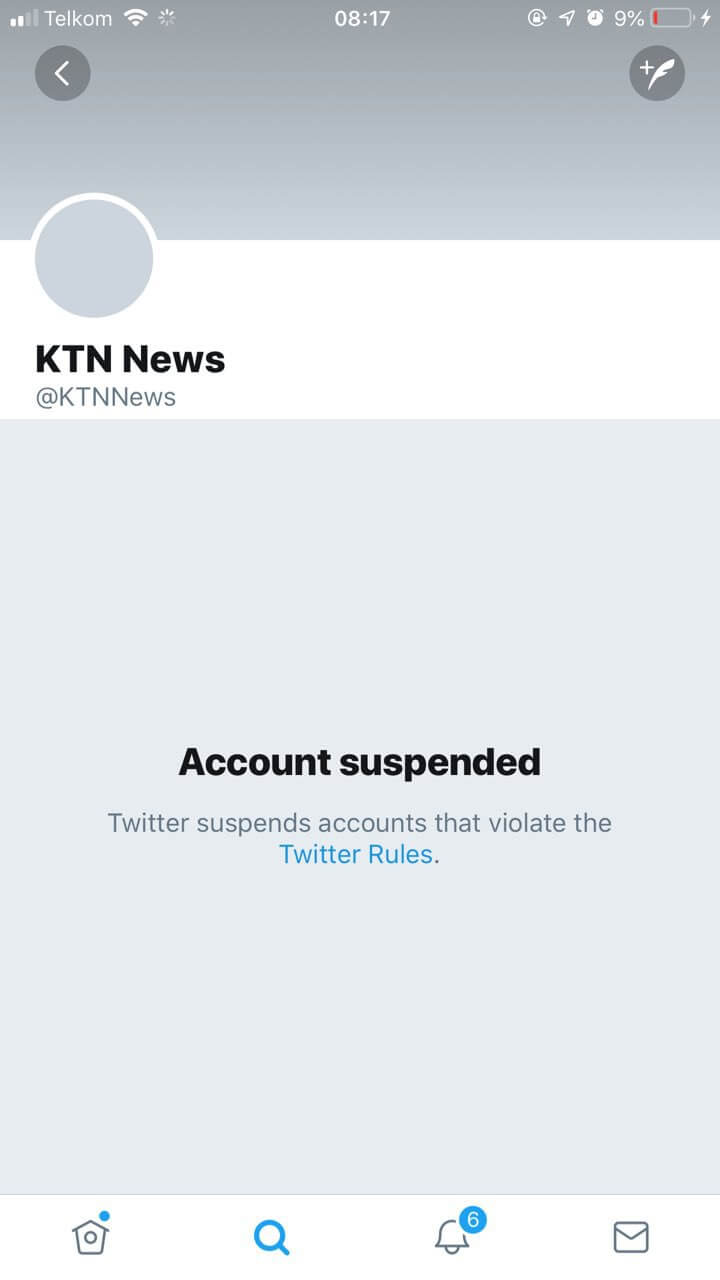 KTN and other media houses were at the forefront celebrating when some of these tech giants were cracking down on some social media users, little did they know that they were next.

We contacted the KTN news team to get a reason behind the suspension but they never responded to our email. A further probe by the editor of this site confirmed that the account was permanently suspended for mass-buying of Twitter bots to inflate their account following, a practice now banned by the masters of the universe, Twitter.

It is not uncommon for media pages to be suspended. Two years ago, NTV Kenya’s YouTube channel was terminated following multiple incidents of copyright infringement.

What is funny is that, Early August this year, Ramone Martin, East Africa’s Twitter Executive and Adrian Ciesielski, Africa’s Twitter Sales Manager happened to be in the country where they had attended several functions including Safaricom’s Blaze event in Mombasa and also visited Standard Media group under the invitation of Carole Kimutai, a former Tuko Staffer. Tuko is the Gossip Blog that had filed a fake DMCA claim against the @C_NyakundiH Twitter account and this is what Twitter used as a basis to suspend the Twitter account under the guise of  “many complaints”. 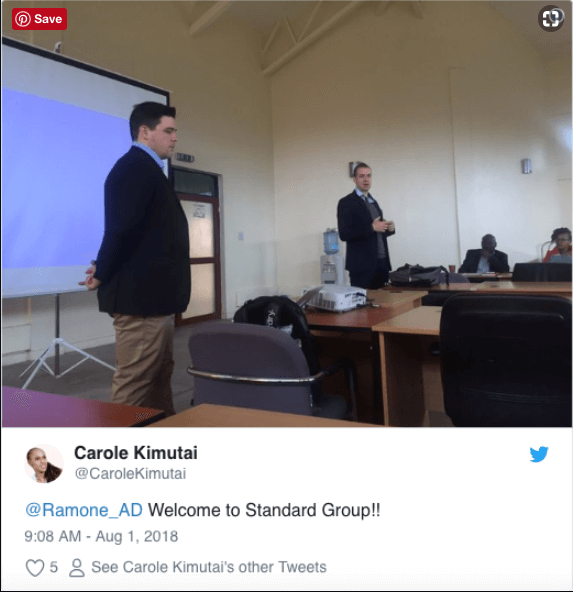 We have also been tipped that Carole Kimutai has contacted the Twitter executives, who are her friends to restore the account despite the suspension being permanent.