The raging virtual war between US President Donald Trump and Twitter CEO Jack Dorsey on Friday morning escalated to a whole new level after the free-speech advocate went on a rampage that was arguably more intense than anything he has ever tweeted.

In response, Twitter decided to do something it has never done before: it hid Trump’s tweet from the timeline and replaced it with a warning label explaining that the tweet violated rules for “glorifying violence.”

Donald Trump tweeted “When the looting starts, the shooting starts,” while threatening to send in troops to have Minneapolis protesters shot. 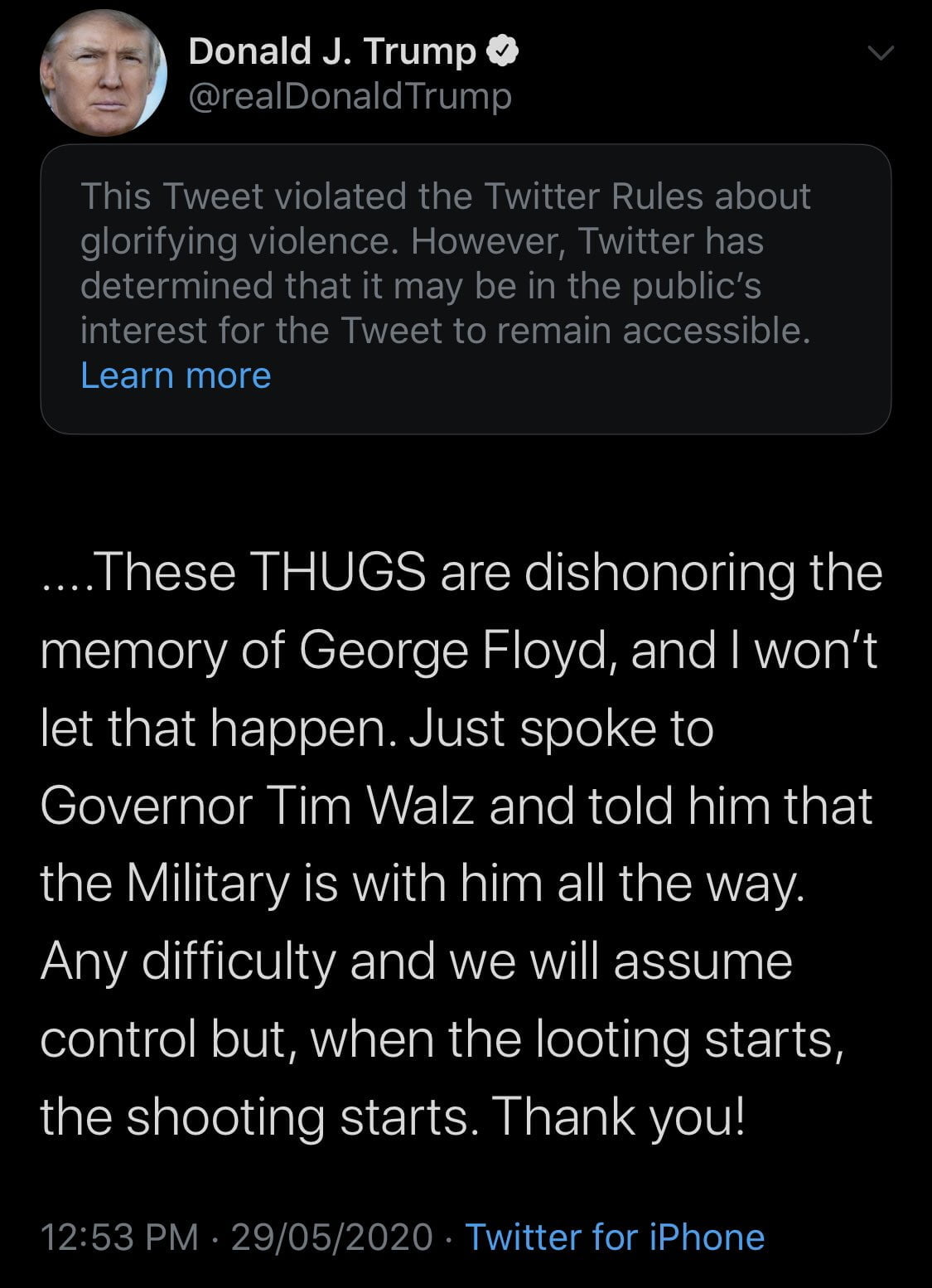 The move exacerbates tensions between Twitter and Trump over the company’s authority to label or limit his speech and, conversely, the president’s authority to dictate rules for a private company.

Twitter announced a policy a year ago that, in most cases, said Twitter would label but not delete tweets from political leaders that violate its rules.

This week, the company labeled a Trump tweet for the first time, flagging two election-related tweets as potentially misleading and pointing readers to a Twitter moment discussing the realities of mail-in voting.