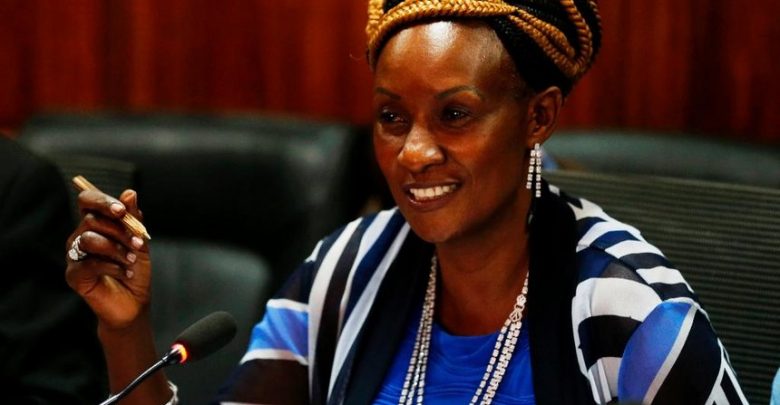 Teachers are the most underpaid and overworked persons, North Of Limpompo, south Sahara. With a meagre salary, the suffering of teachers cannot be explained because it is serious and heartbreaking.

The Teachers Service Commision has formed itself becoming a big cartel under the leadership of flower-girl Nancy Macharia.

The uninspiring Macharia who spends most of the time dozing off in her office has now been linked to a cartel extorting millions from desperate retired teachers, hence pocketing millions.

Nancy Macharia, who has perfected the art of threatening teachers was in the news recently threatening to sack teachers that plan to strike over poor salaries. Like what does this piece of shit think she is?

CNYAKUNDI.COM spoke to some retired teachers and they confirmed to us that the cartel at Teachers Service Commission is too powerful that one has to part with Ksh. 200,000 to have their pension processed. This is after working for many years with meagre pay.

According to further sources that we spoke to before running this article, the cartel is comprised of people from the Treasury and Teachers service commission and the CS treasury is fully aware but ignores.

I now request all retired teachers that have been extorted by this cartel to reach out to me as we build a case that will be forwarded to the Directorate Of Criminal Investigations and DPP Noordin Haji.

Instead of appearing on media ranting to teachers, flower girl Nancy Macharia should put her house in order.