From left: Baktash Akasha Abdalla, Gulam Hussein, Ibrahim Akasha Abdalla and Vijaygiri Anandgiri Goswami at the mentioning of their extradition case at the Mombasa Law Courts on June 20, 2016.

As many of you pseudo-activists and misguided feminists rile at Trump, due to this conceited war being waged by media’s sour grapes after Hillary Clinton lost the elections, Donald Trump seems to be focused on his agenda which amongst them is dealing decisively with the drug menace, as captured in his inauguration speech.

For those who may not know, the Akasha family has been in the business of drugs since the Moi-era, and their father was murdered in the streets of Amsterdam by a lone gunman on a bicycle. They had successfully managed to pocket the entire state machinery between the Moi, Kibaki and now Uhuru era.

But despite bribing judges to delay the processing of their extradition, the Akasha’s will finally have their day in a US court.

Baktash Akasha, Ibrahim Akasha, Hussein Shabakhash, Vijay Goswami, were arrested in Mombasa, Kenya, on November 9, 2014, pursuant to a United States request, based on charges filed in the Southern District of New York arising out of their participation in a conspiracy to import kilogram quantities of heroin and methamphetamine into the United States. On November 10, 2014, a superseding Indictment was returned also charging the defendants with narcotics importation offenses based on their delivery of 99 kilograms of heroin and two kilograms of methamphetamine in Kenya, which they intended would be imported into the United States. The four defendants will be presented and arraigned in Magistrate Court later today (Wednesday 1st February Kenyan time).

The four thieves who arrived on 30th January in New York ran a Kenyan drug trafficking organization with global ambitions. For their distribution of literally tons of narcotics – heroin and methamphetamine – around the globe, including to America, they will now face justice in a New York federal court.

On December 31st 2016, the three were involved in a scuffle where they fought with Mombasa tycoon Ali Punjani at Rahjan Bar and Restaurant in Kisauni Mombasa. Ali Punjani is also part of the drug business in Mombasa and has compromised everyone in the county. He was a mainstay at Statehouse during former President Mwai Kibaki’s tenure. He used the money to endear himself to Kibaki and was said to have links with his second wife and current Othaya MPig Mary Wambui.

A report issued in 2010 by the U.S. Embassy in Kenya and cited in Parliament by then Internal Security Minister George Saitoti says that Mombasa Governor Ali Hassan Joho, Kiambu Governor William Kabogo, John Harun Mwau, Nairobi Senator Gideon Mbuvi and Mombasa tycoon Ali Punjani, are among the most dangerous drug traffickers in the country. The document is also signed by then U.S. ambassador Michael Ranneberger. 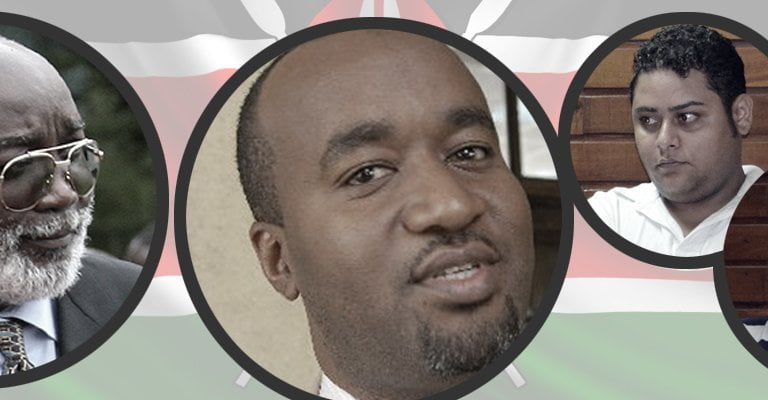 A US report linked Mombasa Governor Ali Hassan Joho, business man Harun Mwau to the drug-trade.
The report describes how Abubakar Joho and his brother Ali Hassan are in charge of a multi-million euro trafficking empire.Abubakar is the first one of the two to enter the drug trade. In the early ‘90s he begins working in a clearing and forwarding company and later finds a new position in the vehicles business. Once he finds out the owner of the company had died during the Rwanda genocide he decides to take over and starts diverting vehicles destined to Rwanda into the Kenyan market. But vehicles soon become less lucrative.

His guts tell him to move on to more profitable business, the one flourishing in and around the port of Mombasa. Here he finds employment in a company that clears container from ships to the quay, and vice-versa. According to the U.S. report, Abubakar Joho “was the clearing agent for containers that held one ton of cocaine in 2004”. 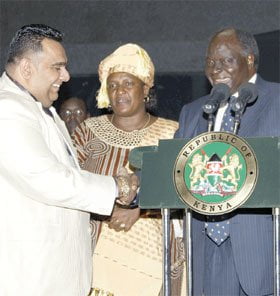 CAPTION: Mombasa-based drug baron Ali Punjani shares a hearty laugh at Statehouse, together with Naomi Shaban. It is said that he fought with Akasha’s son over a drug deal gone sour.

The influence of Abubakar on Ali Hassan is the one typical of an elder brother towards his younger. According to the American document, it was Abubakar who insisted and convinced Ali Hassan to enter politics. And so he does.

A young Ali Hassan Joho runs and wins the 2007 elections as a representative of the Mombasa region in the national parliament. Shortly after, the report suggests, his career in the drug trade begins.

The report reads that the political campaign that grants him the regional political seat was founded by Swaleh Kandereni, Billy Mahandi and Swaleh Ahmed who are all arrested in Mombasa under drug trafficking charges in 2010. According to the American document, Kandereni allegedly was a major supplier to dealers in the coastal town of Malindi. Another of Joho’s influencial campaigner “was narcotics trafficker Ali Punjani”, the report reads.

The US Drug Enforcement Agency “had spent years infiltrating Akasha and alleges that the gang is part of a heroin supply chain that stretches from the poppy fields of Afghanistan through east Africa to the cities of Europe and the United States”, wrote Drazen Jorgic in a Special report by Reuters. 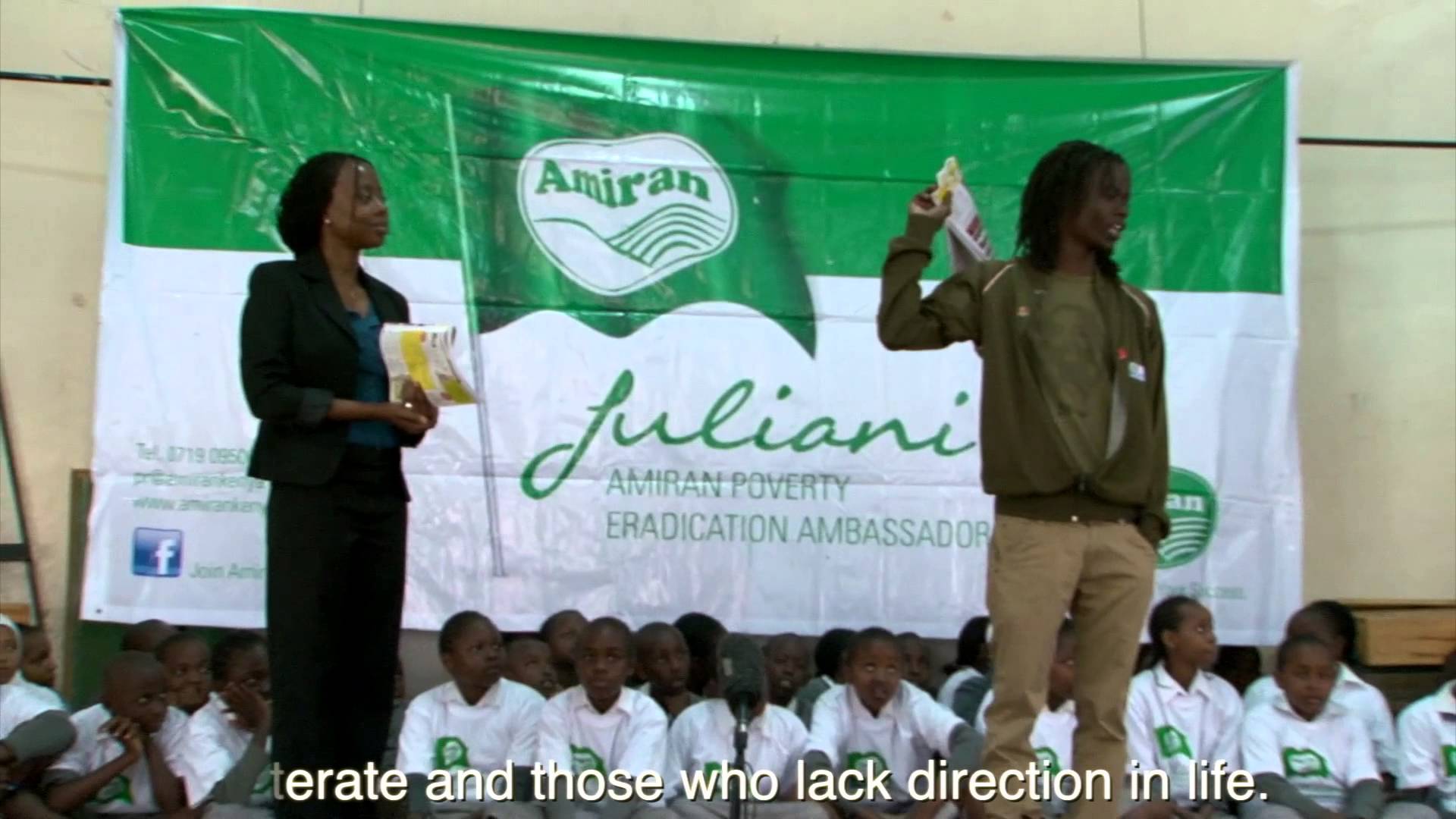 Since the ‘90s, drug dealing has always been a trademark for Akashas. According to Kenyan intelligence, The Netherlands was the final destination of the huge haul of 1,2 tons of cocaine cargo seized in 2004. They suspected that the Akashas were the men behind it.

Ibrahim Akasha was shot dead while walking hand-in-hand with his wife in Bloedstraat [Blood Street], Amsterdam. It is likely that one Mr. Mounir Barsoum pulled the trigger.