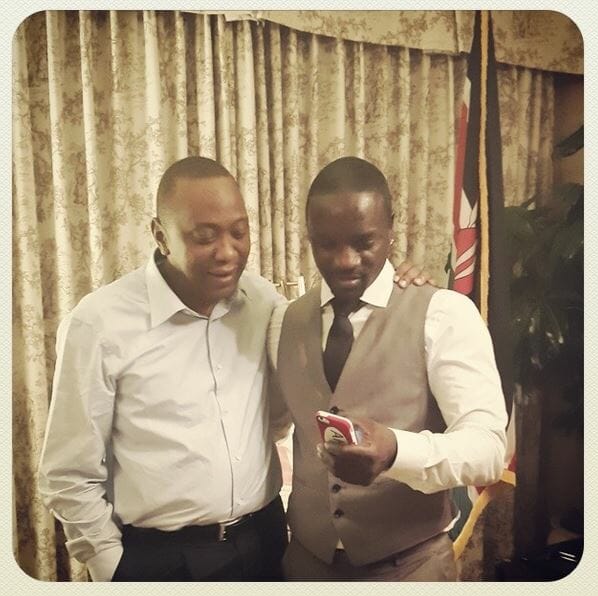 Believe it or not, President Uhuru Kenyatta flew to Sagana State Lodge for fear of backlash of booing from his stronghold areas which he has neglected since his ascension to power. And while in his “tour” of Central, area leaders did not mince their words, telling him off over his seemingly aloof nature, allowing the country head to the dogs and threatening the very livelihoods of Kikuyu investors.

William Samoei Ruto was also on the receiving end in Kericho, where 5,000 delegates from the vast county vented their anger towards the Jubilee regime over lies, incompetence, unfulfilled pledges and sideshows. Surprisingly, Kericho residents didn’t invoke President Kenyatta and Deputy President Ruto’s pet-subject of Raila Odinga. By now everyone knows that the leader of opposition does not occupy any seat of power and bears no responsibility in their dwindling fortunes, a fact that citizens in Jubilee strongholds have come to accept.

To mitigate the rising tide, President Kenyatta met “fake” Mau Mau Veterans in a bid to pacify disgruntled Kikuyu’s, but the matter appears to be just another stage-managed publicity stunt, because Uhuru was nowhere to be seen as the British Government commissioned a monument at Uhuru Park last year. His move was dismissed by observers as too little, too late, and a gesture made in bad faith. Exploiting the misery of rural individuals for political expediency while peddling false promises in similar fashion to the satirical Jubilee manifesto is simply wrong with all due respect.

Residents of Central Kenya who are major stakeholders in the transport industry have also lamented at the haphazard construction of the Standard Gauge Railway (SGR), an undertaking that analyst Dr. David Ndii dismissed as a big project conjured by hollow men. Hollow in this case means empty, brainless, incompetent and corrupt. The SGR has no published feasibility study or status update, and by the Government’s own admission, cost double it’s initial quote. The reality of this contraption is that it’s a single-track, non-electric rail-line, built next to an existing one which common sense would dictate that the hollow men in Jubilee should have first rehabilitated the old one, before rushing to perpetrate a heist using a new line.

So why are Kikuyu’s against the SGR? Well many Kikuyu’s have invested heavily in the transport sector and own trucks that ferry goods and agricultural produce to and from the coastal region. The SGR’s completion will mean that many of those investors will go without jobs and their loans will be recalled, fuelling another recession similar to what was faced in the United States back in 2007.

The question to ask is, why couldn’t the overrated PR-driven dynamic-duo construct a dual-carriage road from Nairobi to Mombasa, and a superhighway from Eldoret to Kisumu using the overnight borrowing money they mortgaged the country for?

Back to Kericho, reality that former ruling party KANU is poised to win the by-election is giving Jubilee sleepless nights. But residents have disengaged from Jubilee, largely due to the lies that are spewed by their propaganda functionaries on a routine basis. That over and above embarking on industrial-scale heists, Jubilee would top that up by collectively insulting the people’s intelligence is a far worse crime.

People are not as stupid or as dumb as the propagandists within the Jubilee structure would want the world to believe. People know that the scandals that we read about every single day are not a figment of our imaginations. These are lives that Jubilee has been messing around with. This is the future of Kenya’s youth. So anyone imagining that simple handouts from the Eurobond money that has been stashed for the sake of bribing voters come 2017 will be a compromise package for all the pain and suffering endured under the incompetence of the Jubilee regime, is highly mistaken. Yes, people will take your money, but show you the middle finger immediately after.

Kenyans are tired of hearing about Raila as being the cause of our misery, yet he has no stake in the Government. With less than 18-months to the next General Elections, reality is that Jubilee may have already lost the plot. The frequent-flying, big talking, overrated but underwhelming dynamic duo are now desperate on who to turn to, in light of the reality staring them in the face. Which begs the question; who can save Jubilee?

The most obvious individual who can save them from themselves, according to logic of Uhuru’s former St. Mary’s school-mates, is the individual President Kenyatta met in the United States and hyped his visit to Kenya like he was a head of state discussing important bilateral ties. The only person who can save Uhuru is Akon. Quick Jubilee, send him a private-jet and prepare the media for photo-ops. The saviour of Jubilee is about to come.

We say this because we are well aware that Jomo Gecaga is delusional enough to conjure such a sentence and convince the forever aloof Uhuru into buying such a theory.