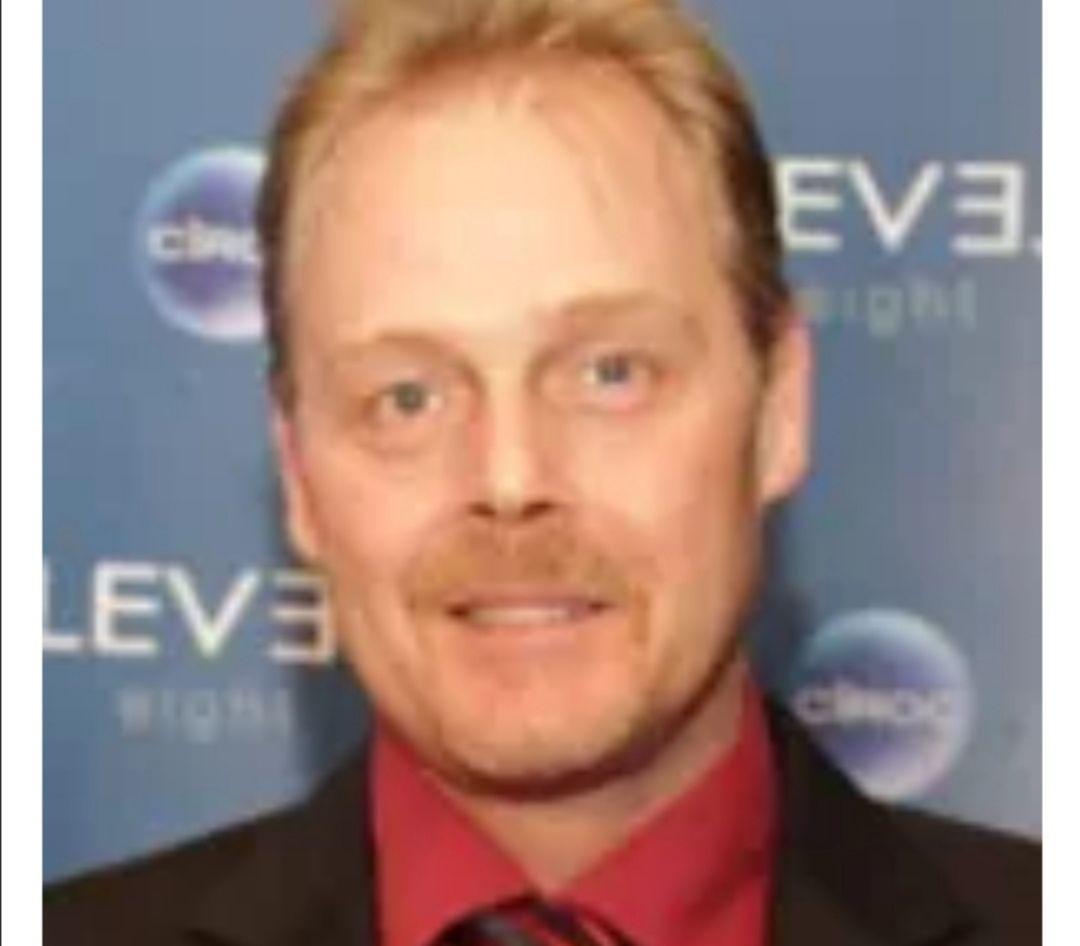 We the staff of Sopa lodges are very demoralized and frustrated by the leadership of Mr.Vogt. Since the Covid-19 pandemic began, we live with a lot of anxiety because our future with the company looks bleak, a total contrast to the past years that we enjoyed working for the company, we gave our all.

We have following complaints against Mr. Vogt.

The harassment of workers through harsh and demeaning verbal and written communication is rampant. The guy is a dictator, who makes decisions without consulting anyone. His decision is always final.

Anyone with a contrary opinion is perceived resistant and deflated instantly. He does not entertain dialogue. He also treats workers with uttermost contempt irrespective of cadre.

In mid May, he imposed pay cuts of 20%, 50% and 70% on different salary scales without engaging workers, whoever declined to sign the letter was threatened with indefinite unpaid leave

Sopa is an exceptional employer, she has been our mother, she has nurtured our careers, raised our children, stood with us even in the most difficult of circumstances, we cannot afford to see her tumble down under our watch. Sopa is a financially stable company that has in the past paid her workers full salary for as long as 8 months without business coming in. What has suddenly changed?

In total disregard of the Kenyan law, specifically the employment act and employee and labour relations act.

He has frustrated management staff, now, more than 95% are away on unpaid leaves indefinitely. He has retained a skeleton staff of subordinates since April whom he intends to work with indefinitely. A batch that he has carefully chosen to manipulate, threaten and intimidate.

Mr. Vogt does not value the role of management staff at Sopa Lodge.

Management staff with a salary above Sh100,000 will be on 70% pay cut (taxable) should any of them be recalled. Mr. Vogt has disregarded Section 19 (3) of the employment Act 2007 on a third take home rule.

The salary deduction terms are unsustainable hence a deliberate attempt by Mr. Vogt to lay off staff. Seeing that most will not sign this.

He is very inhuman and heartless.

Under his leadership (and for the first time), Sopa has not given back to the community during the pandemic despite resources at the disposal of the company including food stuff that continues to expire in our stores across the 5 lodges. What a shame!

Mr. Vogt has no compassion for his employees. This year, he sent more than 55 employees on retirement without preparing them mentally and psychologically. Mark you, since inception, Sopa did not have a retirement policy. These retirees exited the company feeling unwanted, dejected and shattered. Most of those sent home had dedicated their lives at the lodge for between 10 and 30 years.

For the past 3 and half months, we the Sopa workers live in perpetual fear because of job insecurity. There is increased fear that Mr. Vogt’s incompetence, poor leadership and managerial skills  will run down the 34 years old company, an organization that employs more than 500 work force in Kenya and supports local economies in  Nakuru,  Naivasha, Samburu, Amboseli , Masai Mara and to some extent Nairobi . Sopa has three more lodges in Ngorongoro, Tarangire and Serengeti in Tanzania.

Sopa is an exceptional employer, she has been our mother, she has nurtured our careers, raised our children, stood with us even in the most difficult of circumstances, we cannot afford to see her tumble down under our watch. Sopa is a financially stable company that has in the past paid her workers full salary for as long as 8 months without business coming in. What has suddenly changed?

We demand the Department of Immigration to immediately investigate the professional conduct of Mr, Vogt,  revoke his work permit and deport him to Germany.  No Kenyan citizen deserves the mistreatment we have undergone courtesy of his management style.

Secondly, the Ministry of Labour needs to investigate the existence of such rogue managers who mishandle innocent and hardworking Kenyans. As a country, why should we allow foreigners to mistreat our people on our own soil or take up jobs that can be performed by fellow Citizens. Mr. Vogt’s position does not need an expatriate. 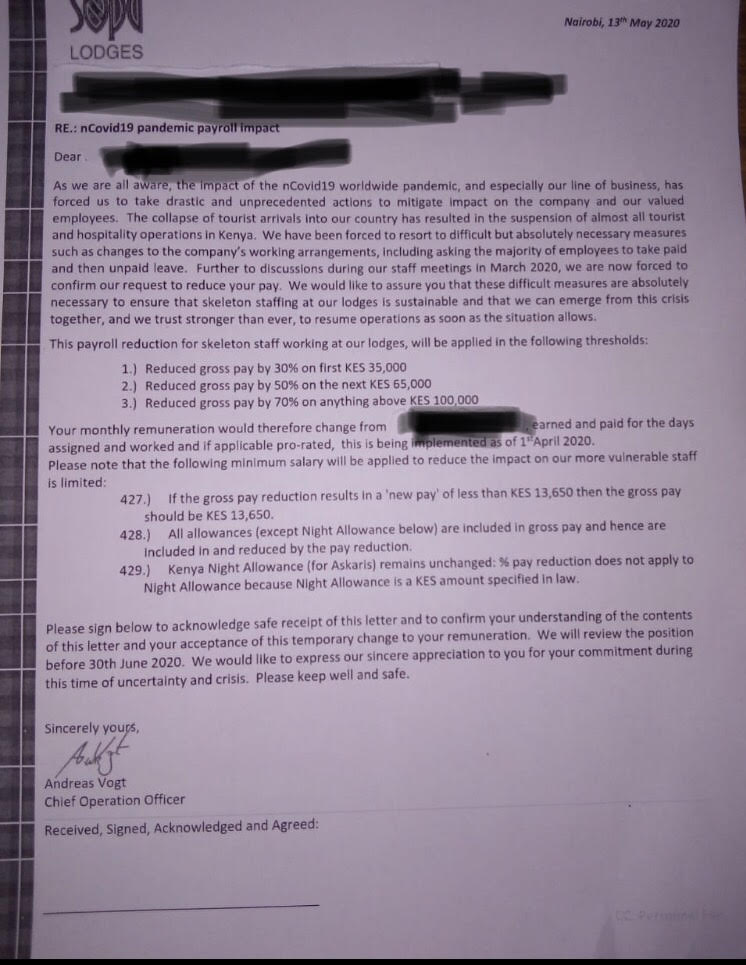 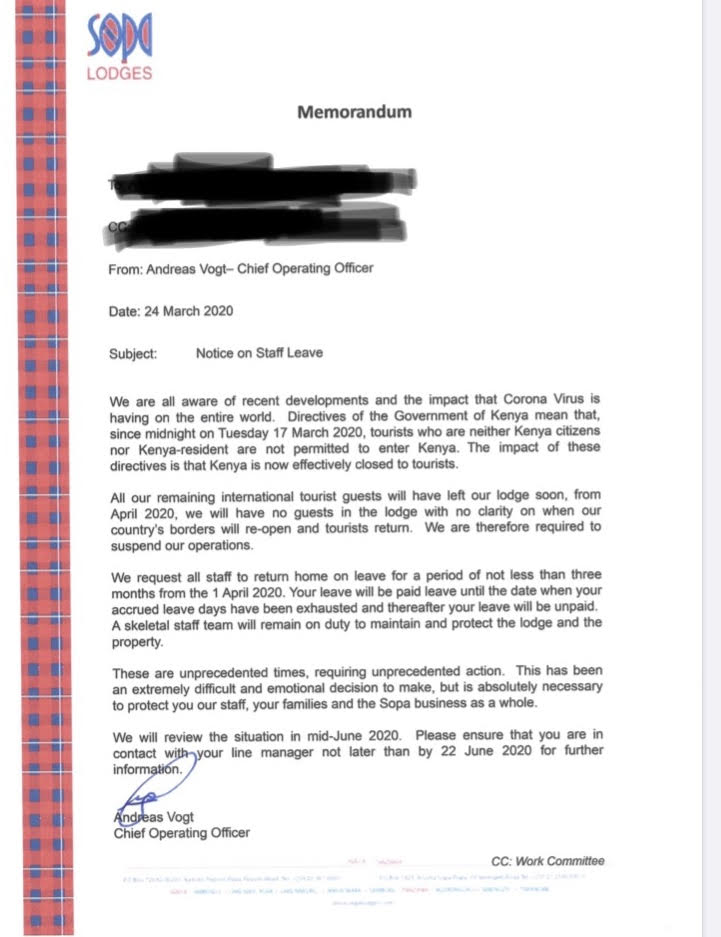 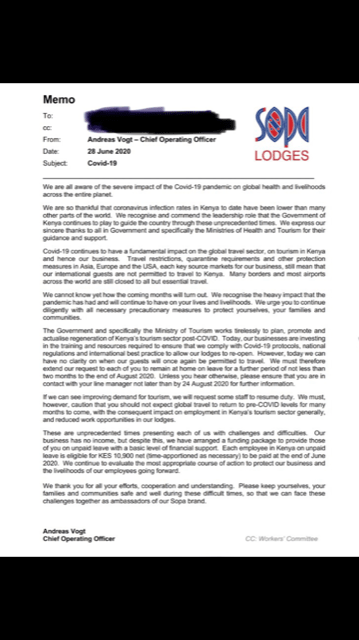