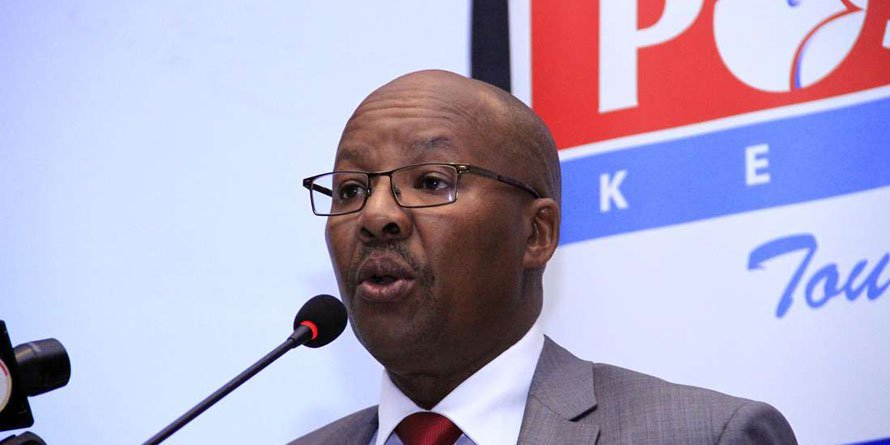 There is trouble brewing at the Postal Corporation of Kenya as the DCI detectives seek to arrest PMG & CEO Mr.Dan Kagwe over corruption and Impunity, our sources at DCI have confirmed.

Cyprian Nyakundi has confirmed that the Directorate Of Criminal Investigations officials raided the corporation after Intel from this site and interrogated some managers in a matter they are currently investigating.

A detective we spoke to on secure messaging told us that they are zeroing in on Dan Kagwe and his file is almost ready before they arrest him and charge him over economic crimes.

We have further confirmed that Mr Dan Kagwe is trying to play games with detectives. Even after detectives asked for about 40 leases that are suspected to be having corruption issues, M Kagwe only managed to give them 26 hiding the 14.

After realizing that the detectives are squeezing his balls harder and in his infinite wisdom, Mr Kagwe has now sought to attempt compromising the detectives with a paltry Ksh. Two million, we can independently confirm.

The editor of this site takes this time to issue a stern warning to detectives that may be tempted to take the money because we have our ears and eyes everywhere and will expose any such unfortunate conduct.

It has remained a mystery as to why detectives have not arrested Mr. Dan Kagwe even after he refused to hand over the 14 leases!!! Are they waiting for a bribe????