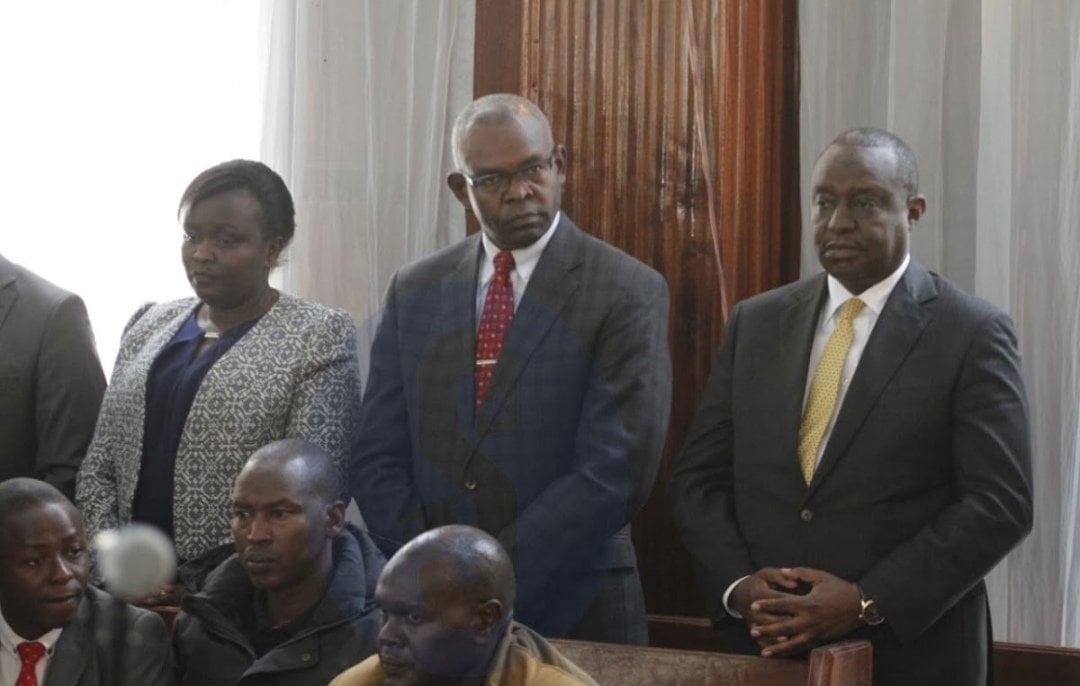 Thieves have their day in court. From Right – Treasury PS Kamau Thugge and CS Henry Rotich at a Milimani law court today.,

Treasury Cabinet Secretary Henry Rotich and his Principal Secretary Kamau have been released after posting bail.

At first, the two were reported to have failed to post bail early and were supposed to spend another night in jail. However, the two managed to each raise the Kshs. 15 million bail that the court demanded for their release.

Others also released on bail are

EAC PS Susan Koech who was granted on Sh6 million bail with an option of Sh30 million bond.

NEMA director-general Geoffrey Wakhungu releases on a bail of Kshs. 750,000.

Apart from the bail, the CS and his PS were also granted an alternative to deposit Kshs. 50 million bond by Justice Douglas Ogoti. They were ordered to surrender their passports in 48 hours and barred from accessing their offices.

Rotich and 26 others are accused of conspiracy to defraud the government, failing to comply with procurement law and irregular procurement of insurance policy through single sourcing for the multi-billion Arror and Kimwarer dams project.