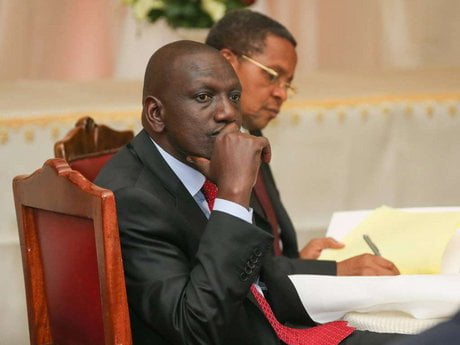 Dear Deputy President, You are in a state of war. And this war is ‘the continuation of politics by other means’ as military theorist Carl Von Clausewitz once said. If for you, the presidency in 2022 is the ultimate victory, you are steadily marching into an ambush. This is because the war is brought to you by those that do not want you to take up the presidency. It is said that in warfare, the first step is to decide whether to engage or not. When making this decision, the golden rule is “pick your battles carefully.”

The army about to besiege you, Mr Deputy President, outnumbers your own army, because it will come in the mammoth form of a ‘GNU’, ‘Government of National Unity.’ You have to admit, Mr Ruto that this is a clever trap being laid out for you. After all, a GNU at this point in our country’s history makes sense. As President Kibaki told us in June 2004, leadership must reflect the entire people of Kenya.

Never mind that he was only saying that to save himself from a referendum battle he knew he could lose. President Kibaki aside, what does a GNU do to your presidential ambitions? It reduces you from would-be King to one of many executive pageboys. So will you, Mr Deputy President fight it? And the more important question is, if you do- will you win? Mr Deputy President, you are now faced with four apparent strategy options.

The first is to take up the Offensive Strategy. Since you know that an ambush awaits you, you could strike pre-emptively by laying an an attack of your own. However, Sun-Tzu teaches us that ‘an expert in battle wins victory where it is easily gained. His victories in battle are unerring. Unerring means that he acts where victory is CERTAIN.’
If you pick a battle with the establishment, will you win? It is said that danger comes from trying to surpass our limits. Will going head-on against a coalition of elitist politicians and dynasties surpass your limits? Is it a suicide mission? I think it is. But then again, who knows.

The second is to take up a Defensive Strategy. You may be out-numbered and out-witted, but you can still decide to march on like the Greek warrior-king Leonidas and his army of 300 Spartans. In battle, Leonidas and his army faced a surprise rear guard attack from the ferocious Persians. Leonidas stood his ground with his meager armymost of his allies having fled mid-battle, and fought to the death. But since in your case political martyrdom is not a desirable option, the defensive strategy also falls short. The third strategy option is Retreat and Surrender.

This is also the ‘live to fight another day strategy. Here, you will surely lose the battle but ultimately win the war. The battle to be lost is the 2022 presidency; the war to be won is a delayed presidency, perhaps 2032 or even earlier, 2027. This appears to be the only strategy which offers you a chance of survival. But it is also the most humiliating.

The fourth and worst strategy is to do nothing. This is to lay in wait for the political high drama to unfold while you dutifully engage in your ‘Deputy Presidential’ obligations. To demonstrate the futility of this strategy, I will end with a fable. Once upon a time a wild boar was sharpening his tusks against a tree. A fox asked him why he did this when there was neither huntsman nor danger threatening him.

“I do so for a good reason,” he replied “ For if I am suddenly surprised by danger I wouldn’t have the time to sharpen my tusks. But now, I will have them ready to do their duty.”