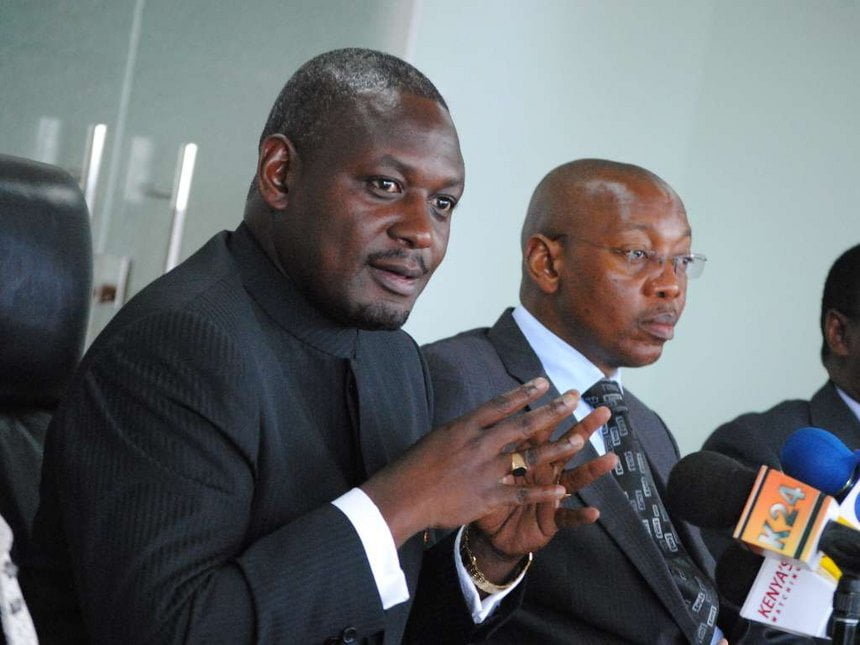 Caption : Dr Otiende Amollo, the chairman of the Commission on Administrative Justice.

A recent report by the National Cohesion and Integration Committee (NCIC) on the ethnic composition of jobs at constitutional commissions in painted the picture of a country dominated by one tribe (Kikuyu) regarding employment opportunities.

The report, titled “Ethnic and Diversity Audit of Commissions in the Country”, offered a grim forecast of diversity in public employment, revealing that more than 22% of jobs in commissions are held by the Kikuyu, as the rest of the 41 tribes share the remaining 88%.

It was reported the Commission on Administrative Justice is the most diverse, with an average of 2.4 (this is a detached statistic that is not elaborated), followed by JSC and NCIC in that order. However, the so-called diverse commission is not what it is presented to be.

The CAJ has a staff compliment of 72 – including the Commission Secretary and excluding Commissioners – 22.7% of who are Luos, all of them with substantive employment contracts. This is besides about 20 interns. Of these, 80% (16) are also Luos, recruited by Mr. Amollo himself – he has usurped the role of recruiting interns from departmental heads to give himself the chance to recruit whomever he pleases.

In recent interviews to fill various vacant positions at the Commission, Mr. Amollo’s nephew (son to his politician sister Elizabeth Ongoro) was interviewed for the position of legal officer.

This is contrary to the tenets of public service as it amounts to nepotism. Given Mr. Amollo’s history of pushing for Luos to get whatever positions happen to be vacant, fed up staff are watching to see the results of the recent recruitment drive. Already, there is in motion a plan to have him investigated by an independent tribunal for his conduct.

Sources intimate that the sorry state of affairs at the commission is compounded by the attitude and character of the commission secretary, who is said to be so afraid of Mr. Amollo that he is incapable of challenging decisions made by the chair, however, outrageous they may be. Those in the know say this is because his job depends on his remaining in the chair’s good graces.

Given that the CAJ is supposed to be an important oversight institution, it is inconceivable that such impunity has been allowed to thrive. Part of what facilitates this trend, it is said, is the fact that the human resource manager comes from Mr. Amollo’s home village, and is the one who is often used to facilitate this shameless nepotism.

Staff members have lost faith in recruitments as the Godfather syndrome appears to be deeply rooted. In some instances, candidates have bragged to colleagues that interviews are a mere formality and have often proven that is indeed the position!

It will be remembered that a few months ago, an anonymous petition was presented to the National Assembly for Mr. Amollo’s removal from office for gross mismanagement, embezzlement, and abuse of office.

Following the petition, Mr. Amollo offered to resign early ostensibly because he had “achieved 99.9% of what I came to do here”.
Considering that program money for critical projects has been channeled towards the chairperson’s travel and leisure activities, one can only imagine what goals Mr. Amollo had in mind when he said he had accomplished his primary tasks.