The petition by candidate Seth Panyako was received by the Clerk of the National Assembly on Monday last week and is due to be discussed by the Justice and Legal Affairs committee anytime.

The petition seeks to have Chebukati relieved of his position for allegedly engaging in an illegality during last year’s polls. 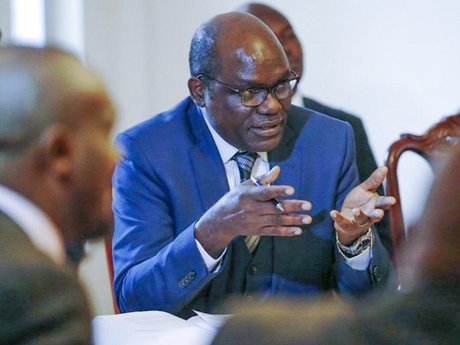 Committee chairman John Cheptumo told a local paper yesterday that he had received the petition and his committee will deliberate on it.

“This is a serious issue. The committee will decide whether there is merit in the petition or not and how best to deal with it,” said Cheptumo.

Last evening, the Chebukati said he was unaware of the petition but vowed to defend himself should be required to.

Chebukati has survived criticism from his former colleagues and politicians in the last one year. He has on his side a High Court ruling that affirmed his position and legality of the commission even after four commissioners quit.

Internally, Chebukati has also prevailed over tension and discontent by staff since the August elections were nullified by the Supreme Court.

After the annulment, Jubilee went for Chebukati head and attempted to make his then deputy, Connie Maina, eligible as a National Returning Office for the presidential election in case Chebukati refused to do so or resigned at the last minute.

At the same time, the chairman opened a serious fight with some of the staff, including former CEO Ezra Chiloba, whom he asked to step a side and allow another team to run the elections.

A fresh attempt to force out Chebukati was made in February when three commissioners — Connie Maina, Margaret Mwachanya and Paul Kurgat — said in a joint resignation statement that they had no confidence in Chebukati’s leadership.

An audit report presented to court last month also indicted the chairman and lifted the lid on the rot at the electoral commission.

The report listed systemic failures in the management of elections, inflation of costs, turf wars and outright fraud by staff under Chebulati’s watch.

In his petition, Panyako, who is also the General Secretary of the Kenya National Union of Nurses, accuses the IEBC boss of false and malicious gazettement of Kakamega’s Senator election results.

Malala was followed by Panyako (ODM) who garnered 198,602 — according to the petition — in a race which attracted six candidates.

In the petition, Panyako claims that the results declared by the Returning Officer were later changed and Chebukati gazetted a different set of results without any justification.

“In blatant disregard of the result declared by the returning officer for the purported winner, Chebukati gazetted that Malala had garnered 258,178 votes which was 29,746 votes more than the 228,432 votes declared by the Returning Officer,” he says.

“The increment of the difference between the two top candidates to over 59,126 was unjustified and illegal,’ the petition reads.

Chebukati, he argues, usurped imaginary powers to change election results yet results, as announced by the RO, were sacred and immutable unless directed otherwise by a court of law.

He states that the electoral boss aided in ‘rigging in’ the current senator in a process that had no clear winner given the violence and irregularities which marred the process.

The petitioner — citing Article 251 of the Constitution — wants Parliament to write to the President to set up a tribunal to remove the IEBC boss as the chair of the Commission.

This is the second time this year that MPs have been petitioned to remove the chairman from office.

In April, former Independent presidential hopeful Peter Gichira petitioned Parliament to kick out Chebukati from office. He accused him of grossly violating Article 47 of the Constitution by refusing to allow him submit his list of nomination signatures.

He also accused the chairperson of rejecting his documents despite an express court order directing the commission to receive his papers.