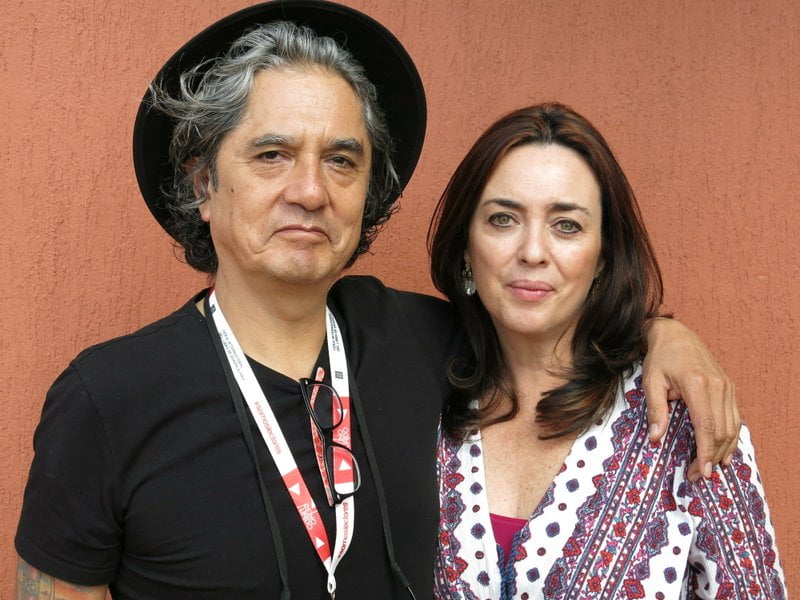 MEXICO CITY (AP) — The bass player for the Mexican rock band Botellita de Jerez appeared to have killed himself Monday, just one day after he was accused of sexually harassing a young woman when she was 13.

The rock band’s Twitter account, however, said: “With grief we announce our colleague Armando Vega-Gil died this morning.” It said a wake would be held later Monday.

On Sunday, an anonymous woman posted a complaint on Twitter under the hashtag #MeTooMusicosMexicanos, saying Vega-Gil had sexually harassed her when she was 13 and Vega-Gil was 50. The incident would have taken place 14 years ago, since Vega-Gil gave his age as 64 in his farewell letter.

The woman said she visited Vega-Gil’s house with some girlfriends, but felt uncomfortable, and that later he sent her disturbing messages. “He said things that were more and more disgusting and sexually explicit. I decided to block him and change my cellphone.”

“What I want least is for my son to be affected by the false accusation that have been made against me,” reads the letter. “I must clarify that my death is not a confession of public culpability, on the contrary, it is a radical declaration of innocence; I just want to clear the path my child goes through in the future. His orphanhood is a terrible way to violate it, but a terrible end is better than an endless terror.“

Vega-Gil wrote and performed for children, which he said made the accusation all the more serious.

Vega-Gil denied the accusation around dawn Monday but said that “a terrible end is better than an endless terror.” He also published a letter saying he would kill himself “to leave the way clear” for his son.

“The accusation … is anonymous, and the person who published it on social media has every right to do it that way, but this places in doubt my entire career,” Vega-Gil wrote, noting “my death is not an admission of guilt, rather it is a radical declaration of innocence. I just want leave the way clear so my son can make his own way in the future.”

The letter immediately unleashed criticism of Mexico’s newly energized “MeToo” movement. The group’s Twitter account was taken down soon after news of the suicide broke.

“Let this help us remember that the justifiable complaints about harassment, machismo and violence against women should not become an irresponsible persecution,” wrote Mexico’s national educational publishing agency in a statement.

While the MeToo account was taken down for several hours, it went back up Monday, after what the account’s administrator says was a hacking attempt.

Regarding Vega-Gil’s death, the account administrators were defiant, claiming they had contacted Vega-Gil Sunday night “to make the appropriate inquiries in the case.”

“To any of the accused and unpunished criminals who want to use this painful event to discredit the international #MeToo movement, we want to inform you that, however much you attack us, we will not be silent,” they wrote on the Twitter account.

Referring to the suicide, they wrote “It was done to defame the movement … he knew he was guilty. It was media blackmail.”

While the country had a tepid response to the original #MeToo movement in 2017, the United Mexican Journalists group says it has now gathered over 120 allegations of sexual harassment that took place at the country’s biggest media outlets. Similar campaigns have sprung up on social media for Mexican writers, academics and activists to share their stories.

Some of those responsible for the #MeToo Twitter feeds in Mexico said they balanced a legitimate need for anonymity — to defend victims’ privacy and safety — with the need for fairness. Some Twitter accounts refuse to accept third-party reports of abuse and pledge to remove any accusations proved false, and apologize.

The right of response is always available, they say, on social media. Several male musicians accused on Twitter have written public letters of apology or been released by their bands, while others have denied the claims.

On Monday, #Vega-Gil and #MeTooMusicosMexicanos occupied the top two trending spots on Twitter in Mexico City.

We at CNYAKUNDI.COM say Rest in Peace Boy child; #RIPArmandoVegaGil

In this article:Armando Vega Gil