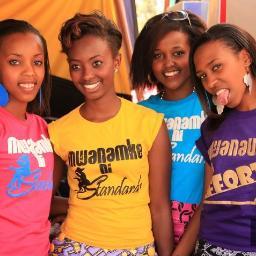 CAPTION: Kenyan men were subliminally conditioned that to pursue women, you have to exert “effort” (or spend money) for virtually a commodity that’s flooded in the market.

After sleeping with mediocre men over a prolonged period of time, Kenyan women later rediscover their chastity, embalmed with a lot of spirituality, Motivational-Quotes and self-awareness. In the journey to self-discovery, they often grossly manipulate their values, all the while claiming to be women of substance. Aided by motivational speakers and authors like Oprah Winfrey and Mya Angelou, women fill it in their heads that after a decade of debauchery, getting fucked by old men on out of town escapades and the likes, their value increases like that of precious stones or Pablo Picasso paintings. Loosely translated, the street-terminology given to intimidate the hardworking Kenyan man was “Mwanamke Ni Standards”.

In their minds, these washed-up women believe they bring so much to the table, that they conjured this specific terminology to inflate their value, a self-defeatist move targeted at men of little exposure. Many men fell for the narrative, and in response to that choreographed outreach process, Team Mafisi members responded with “Mwanaume Ni Effort” meant to encourage men to be unwavering in pursuing tired/beat-up goods by women who regain a new chastity after rioting in their formative years. “Effort” in this case is euphemism for spending money in pursuit of overpriced but expired goods.

Team Mafisi’s “Mwanaume Ni Effort” was simply pandering to the feminists, as it goes against all conventional education and societal expectations to be confrontational with women. Since most of Team Mafisi members are also working in mainstream media like Joe Muchiri and Shaffie Weru, it was in their best interest to sing to the tune of feminists, while at the same time pretending to be “Alpha Males” in the hunting game. Conflicting dichotomy, which is invisible to the naked eye.

If a Kenyan woman like expired over-40’s Sheila Mwanyigha, Debra Sanaipei or Kui Kamau were to for instance, post an advert in one of these dating websites, this would in a nutshell, be what she is looking for;

“Here is a well thought out idea of what kind of guy I am interested in… 5’10” or taller, lives nearby, compassionate, intelligent, giving, VERY Attractive (someone other than your mother or sister has said so, lol) and in good shape, preferably self employed, FAMILY orientated, open to new spontaneous things, likes to camp, likes to golf, wants children, would be a good father and faithful husband, a gentleman, gives me my space when I need it, not a nerd or too sarcastic, can take a hint, social, calls for no reason, remembers sending a note or a nominal gift, IS romantic and necessary, respectful, great sense of humor, and thinks the world of me. I am not interested in anyone older than 41 and anyone who makes less money than me since I do not plan on changing the lifestyle I have grown accustom to and hope to one day be a stay at home mom. Loves animals and enjoys long walks.”

You see this a lot. Women posting their big laundry list of expectations for the ideal man that they “deserve”, while at the same time blasting any and all men who have any kind of standards at all as being “too shallow” or “immature”. In short, pickiness is seen as a virtue for women, but a vice for men. Every woman deserves the perfect man, while every man should be thankful for anything he can get.

It’s basically skewed market value of said vagina’s. They can afford to put these lists out and demand adherence to them because hey.. guys are still chasing that shit and putting up with it. Of course a woman doesn’t have to tolerate such “lists of demands” from men. After all, her reproductive system is important, yours is not. Her womb (and vagina) are in demand, your penis is not. So you will jump through her hoops and lists if you want the privilege of sniffing her twat. The “Mwanaume Ni Effort” slogan thus resonates with this narrative.

Unless you’re a Saudi Prince who uses his Bugatti offroad just because he feels like it, like Rihanna’s new catch; then her list vanishes and she’ll be begging to make him a sandwich butt nekked in the kitchen.

If the goddamn men of my city Nairobi stopped placating these misguided bitches, you’d see how quick these harlots and their obscene lists would disappear begging for a sliver of attention. A quality woman doesn’t make lists. She interacts and explores looking for someone she enjoys spending time around whom she is also attracted to. Stubborn rigid lists don’t allow for that. 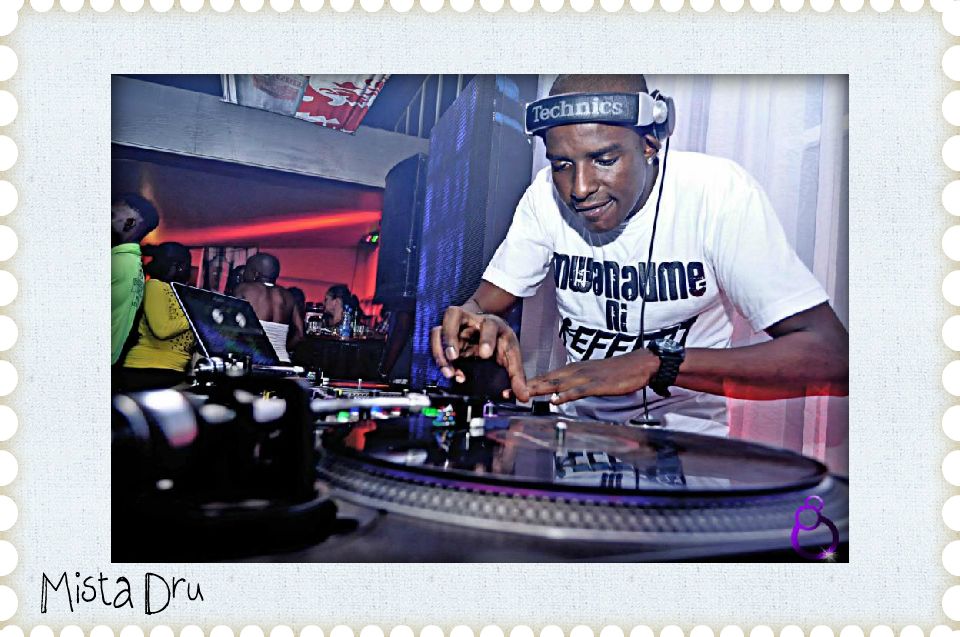 CAPTION: DJ Mista Dru is a living example of the feminised men who are strewn all over Nairobi. The “Mwanaume Ni Effort” brand was meant to pander and Align with the objective of feminism. No wonder he’s a washed-up, talentless DJ.

Men should have the decency to also put out a similar list of demands. For instance, this one;

“Here is a well thought out idea of what kind of gal I am interested in…5′ 5″ or taller, but not over 6 feet (because while I don’t mind being eye to eye with you, I won’t ever be looking up to you), lives close enough to be at my house within 10 minutesafter I make the call, genuinely passionate, intelligent enough to be good company, sexually available (preferably insatiable) and VERY attractive – we’re talking Kylie Jenner or Amber Rose-type attractive – women with a body-fat percentage higher than 8% need not apply. Must be employed but not so well as you’ll interfere with our sexual activities, FAMILY oriented, but only after you’ve hit 30-33, open to spontaneous sex (you know, like outdoor stuff or a surprise 3 way with one of your hot girlfriends after our 2nd Tequila), likes to camp (in the nude), knows not to complain when I go play golf with the clients from work.

She must want children after 33 years of age if at all, and only after she’s proven to be a good mother and faithful wife, must be a lady with class and know when the right time is to speak and not to speak, not a prude or bitch, can take the first hint, sociable, unexpectedly texts me pictures of her wearing something new from that store Joy Kendi was advertising for in Two River’s Mall, understands that the best gift she can give me is expressing her desire to fuck me like a wild animal, and also understands that gifts for her are treats or rewards for desired behavior.

Must be respectful of my decisions being final, can’t take herself too seriously and thinks the world of me. I’m not interested in anyone over 31 (since this is most women’s expiration date anyway), she cannot have exorbitant spending habits or a credit debt load in excess of Kshs. 100,000.00 since I do not plan on changing the lifestyle I have grown accustom to and hope to one day be able to send my own children to college (rather than pay for your student debt), and furthermore… my children will be taught to reasonably earn their achievements on their own and respect the decisions of their Father and mother (and absolutely will not be spoiled brats either). I’m very attracted to redheads, blondes, brunettes, Latinas, Asians, African-Americans, Pacific Islanders, etc., pretty much any woman that meets my physical requirements. I am not attracted at all to even slightly fat women no matter how much “inner beauty” you think you may possess. Hope to meet you soon, your Prince.”

One of the best ways to illustrate how rapidly feminization has become in society is to flip the gender script on certain gender-specific dynamics. As funny as all this was, it serves to show that women live and operate in gender assumptions that they simply take as normalized conditions. Were a Man to publicly expect the terms and demands for his own suiting and intimate access that women demand without an afterthought, he’s instantly accused of misogyny at worst, comedy at best. There are many more dynamics that illustrate this fem-centric normalization. Be sure that first critics of this revolutionary observation are feminised men and/or homosexuals like Maina Kageni, Larry Madowo and former Chief Justice Willy Mutunga, because for them to derive relevance and standing in society, they must pander to the female dollar.

It amazes me how women of ridiculously low value believe they are entitled to a Business Daily Top 40 under 40 male, with good looks and Chris Rock-esque comedic skills. Most of them can barely even write a legible sentence, but are looking for a rich guy to play daddy to their 2 kids.