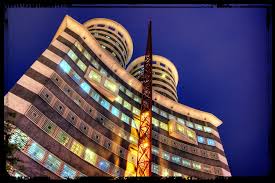 As the standard seriously retrenches its Journalists due to ballooning wage Bill., The nation media group has also joined the bandwagon .

Meanwhile,Nation Media Group plans to sack close to 30 journalists mainly from the radio division – Nation FM, which broadcasts in English and QFM, which delivers news and programmes in Kiswahili.
The two radio stations employ close to 50 journalists and half of them are likely to go in the planned sacking that is to be executed any time.
Nation FM has been struggling to win the urban audience and advertising for years. Last year, it had to go back to its original Nation FM name after a rebrand to Easy FM failed to deliver commercial value.
QFM has been making inroads in the Kiswahili audience segment, but not fast enough to catch up with the big players in the market such as Radio Citizen, KBC, Milele FM and Radio Jambo.
Recently, Royal Media Services poached Robin Njogu, who headed both Nation FM and QTV.